On those who have no patience

‘Wretched and pitiful are those who have no patience, because it is against them that the ‘Woe’ in Holy Scripture is directed. It says woe to those who have lost patience. So really, woe betide those who have no patience, because such people are tossed hither and thither like a leaf in the wind. They can’t abide being challenged, and they’re faint-hearted in sorrows. They’re quick to quarrel, they rail against patience, and react badly to discipline. They’re dilatory in their prayers and are exhausted at vigils. They scowl during the fasts and are careless about self-restraint. They go about their duties unwillingly and are bad workmen at their jobs. They’re unsurpassed in cunning and are dictatorial in their actions. They’re bold in argument, but weak in the ascetic life. Such people are hostile towards others who have a good reputation and are envious of those who make progress. People who don’t have patience suffer many punishments and it’s impossible for them to acquire virtue. Because, as Saint Paul says, we must run the road ahead of us with patience. Those who don’t have patience are strangers to the hope which springs from it. This is why I beg those of you who, like me, are without patience, to acquire it, that you may be saved. (Saint Efraim the Syrian, Discourse on Virtues and Iniquities). 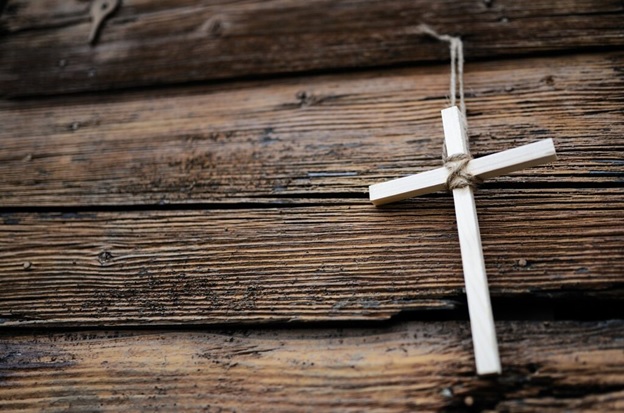 It’s rare for the pen of any author to explain so profoundly and penetratingly- and yet so succinctly- what happens to people of virtue and iniquity as does that of the outstanding and wonderful Father of th Church, Saint Efraim the Syrian. It’s no coincidence that ‘from very early on, he acquired a great reputation and was recognized as an Ecumenical Teacher’, while ‘his works began to be read in certain churches after Holy Scripture and his name was mentioned with admiration by Christians, because, according to Saint Gregory of Nyssa, ‘the light of his life spread throughout the whole world and his teaching shone brightly’. One example of the incisiveness of his discourse and of his mind inspired by the Holy Spirit is the above extract concerning those who don’t have patience in their lives.

In the first place, the saint’s assessment regarding the wretched and pitiful state of impatient people isn’t his own. Holy Writ itself characterizes their state with the dread ‘Woe’, which means that this evaluation is God’s own, not that of some person or other. And this record on the part of the saint regarding this wretched condition becomes all the more dramatic when, at the end, he includes himself in their number. We know that the inclusion of the saint himself in the pitiful state of impatience isn’t for reasons of false modesty – for Christians, false modesty is the worst form of pride and egotism- but because of genuine humility and a wise pedagogical way of writing.

And what is the cause of this wretched condition of the lack of patience? The inability to find the path to salvation. Basing his position on Holy Scripture and on his own experience, Saint Efraim notes that those who have no patience have lost the path for a relationship with God, because Saint Paul tells us: ‘Let us run with patience the race that is set before us’ [Heb. 12,1. Many English translation say ‘perseverance’, but the original Greek says ‘patience’], so the impatient have lost all hope and live in a state of despair and disillusionment, which are the signs of punishment even in this life. This is why such people, living, as it were, in the condition of the prodigal son in the Lord’s well-known parable, bear all the marks of deformity and of being punished for their life-style. They have absolutely no love for God, which is demonstrated by their inattention to prayer and to the spiritual life in general. The same is true of their attitude to other people. Not only do they not love them; they’re hostile towards them, envious, wanting to subject them to their dictates. They’re quarrelsome and always ready to give offence. As for themselves, they’re in perennial turmoil, blown about like a leaf in the wind. Spiritual peace is a distant dream as far as they’re concerned. And something else: although they present themselves in their relations with other people as forcefully negative, they themselves are timid and faint-hearted, in particular when they come face to face with sorrows. They’re fearful creatures playing the role of bully. According to Saint Efraim, they’re people who draw down all manner of punishments upon themselves. Because they don’t have God within them. As we’ve said: their punishment begins in this life.

There’s only one solution: to seek patience and to acquire hope along with it. Because, as the same Father of the Church says elsewhere, again invoking the letter and spirit of the Scriptures: ‘God appears in patience’. This is the axiomatic utterance of the Lord Jesus Christ himself : ‘Those who are patient to the end shall be saved’ [Matth. 24, 13].