The Privilege of Prodigality

If we adapt the parable of the Publican and the Pharisee to today’s conditions, we might say  that it’s addressed to religious-minded people who are confident in their good works and their virtue, justifying themselves and rejecting sinners of every stripe. By the same token, the parable of the Prodigal Son, on the second Sunday of the Triodio, is addressed to those who, in one way or another, have distanced themselves from ‘their father’s house’: they wish to return but are hesitant to do so.

It has rightly been said that this parable summarizes the whole of the Gospel. It emphasizes God’s boundless love for us, whatever we are, whoever we are. If we analyze this parable, we can discern the process followed by those who are in the Church, enjoy its grace and joys and who then depart ‘for a far-off land’. 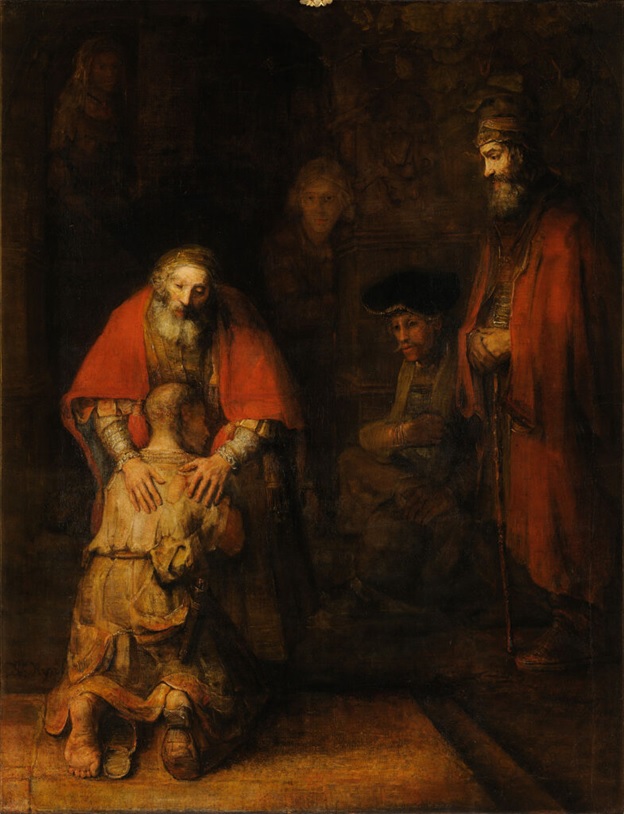 The sense of having lost what they once had, comparing their situation now with what it was in the past, is both painful and crucial. Because they either return or commit suicide, though not necessarily in the body. Any return is, of course, dependent on another feeling: that of the love of the Father, which accepts unconditionally, without comment on inappropriate behavior, with open arms, rejoicing and celebrating with others, in the conviction that ‘he was dead and is risen, was lost and is found’. This is why the parable is also known as that of the ‘Merciful Father’.

Of course, according to Saint Silouan, God can be sought only by those who have known him and then lost him, because any search for God presupposes an earlier taste of him. So it’s a ray of hope for us and for those who are interested in us, if, even once in our life, we have experienced the certainty, granted by the Holy Spirit, that God loves us in our sinfulness, as we are and not as he would want us to be. This conviction activates our desire to return, that is to live in the way he wants us to. Not in the sense of his superiority, but because we realize that this is what we, too, want in the depths of our being. Then the divine will and our own personal will are united and produce ‘exceeding great joy’.

But, apart from the return of the Prodigal Son, which is the occasion for such great joy for himself and for others, there’s also the elder son, who isn’t best pleased. On the contrary, he complains about and bemoans the open heart of his father. His egocentricity and self-reliance prevent him from taking part in the ‘paternal banquet’, and he remains by himself in his isolation and misery.

Through his return, the Prodigal Son encourages, over the centuries, all those who feel estranged from their heavenly Father and ‘his house’, the Church, but who wish to go back, in the certainty that they’ll be received. The elder son, however, shows us those who feel that they’re ‘inside’, but, unlike their father, have hearts which are closed and which demand that the house belong only to them.

We’ve heard this parable every year since childhood. May it be a reminder of our vulnerable nature and of the steadfastness of God’s love for us, a love which lasts to the end and is unconditional.