The snares of the devil and our own self-entrapment

The word ‘snare’ doesn’t mean only something which is part of the life of a hunter, but has a significance that extends to people’s life in general. As ‘trap’, it’s particularly important in a time of war against the enemy, as a martial tactic aimed either at victory or effective defense. But it also acquires a reprehensible sense in times of peace, when, because of ambition, selfish aspirations or financial interest, some people set traps for others. This is what we call unfair means to achieve our aims. This shows unclean thoughts, malice, and feelings which are unkind and, in extreme cases, inhumane.

These are deeds performed in imitation of the devil, who is the number one schemer when it comes to trapping. At the very beginning of the human race, he set a snare and approached Eve in order to talk to her: ‘God told you not to eat of that fruit so that you wouldn’t become gods yourselves’ (Gen. 3, 4-5). Within each snare, there’s a lie which is directed at a particular purpose. After we were expelled from paradise, the devil continued to set traps for us on a daily basis, so that we’d sin and be punished. This was so that he could drag as many as possible down into his own punishment. 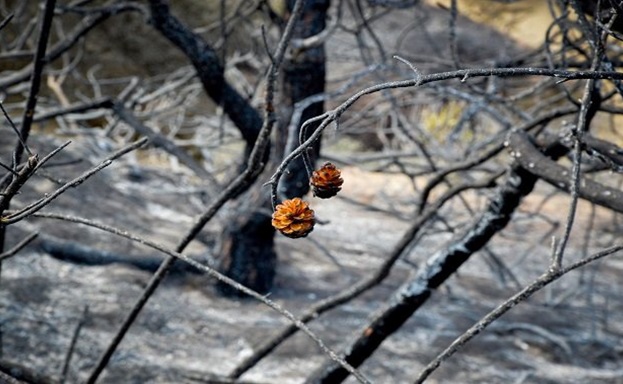 The valiant opponent of Satan, Anthony the Great, famously said in astonishment: ‘I saw the snares of the devil set out on the earth and I wondered who could be saved’.

On the basis of their experience and illumination, he and other saints show the ways to avoid these traps.

There’s also, unfortunately, self-entrapment. This is when we ensnare ourselves, happy in the knowledge that what we think is definitely correct. We’re happy within this comfort zone, which supposedly guarantees us a peaceful life, within the sweet cocoon of our passions, the long-term deleterious effects of which we don’t see. But they gradually induce a hardening of the soul, a sclerosis, that is unrepentance. And so we build a fence around us, which may make us feel secure to the point where we say: ‘We’re fine in here’, but which prevents our soul from hearing the wake up call from God and his servants.

Nothing delights the devil so much as our self-entrapment and self-imprisonment, because he has us where he wants us. He doesn’t need to plot how to make us sin. He has us wound up like clockwork and prefers to deal with those who oppose him.

This is perhaps the meaning of this story from the Book of the Elders. A virtuous ascetic once went into the neighboring town to sell his handiwork in order to buy the necessities of life. As he went by the kelli of another ascetic, he saw a host of demons in a state of general activity, plotting various things. As he approached the town, he saw an enormous devil reclining at his leisure on the walls.

When he returned to his own hermitage, he began praying intensely and entreated the Lord to explain the mystery. And God did so. The other ascetic, whose kelli he’d passed by earlier, was a virtuous man and his virtue bothered the demons, because with his prayer and teachings he saved many people. On top of that, he didn’t only save his soul but was becoming a saint. The demons were troubled and were seeking ways to destroy him. The people of the town, on the other hand, lived in sin every day and weren’t in the least interested in their salvation. They had a devil living with them and he sat idle, calm and content.

If we live in a snare of our own making, the loss of our soul is certain. But if we wake up, repent and strive, then, by God’s grace we’ll tear down the fence and put up effective resistance to the devil.