The careless and devious eye

The Fathers of the Church consider that the eyes are the gates or windows of the soul. It’s through them that the fiery darts of the evil one enter. In the past there was much to be seen, and there is even more so today. Images bombard our eyes: from the press, television, the cinema, computers, cell phones, and the theater. Wickedness wants to enter us and to make our lives unclean, through our unclean and careless eyes. We should be vigilant and careful to keep our eyes clean, so that our life is also kept clean.

We shall quote below a few excerpts from the works of Saint John Chrysostom which refer to this issue.

‘We people are the most precious of all created beings, and, of the parts of our body, the eye is the most precious. God made the eye in such a way that it’s able to see light. It may be small as regards size, but it’s the most necessary of the bodily organs. 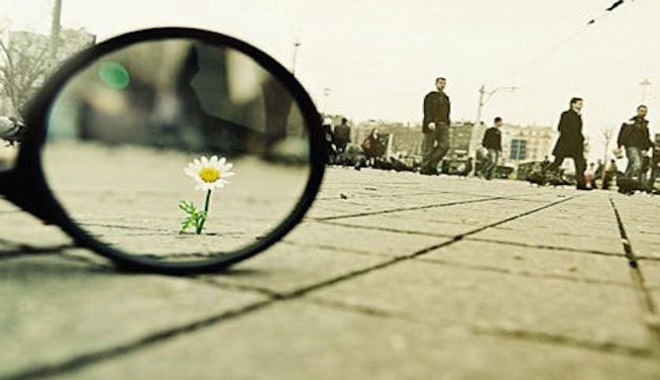 All of the organs of the body are evidence of God’s wisdom, but the eye much more so. Because it governs the whole body, it gives beauty to the whole body, it adorns the face, it’s the lamp of all the organs because, what the sun is for the whole world, the eye is for the body. If you extinguished the sun you’d destroy and overturn everything; if you destroy the eye, then your arms, legs and soul are of no use to you, because, if knowledge is lost, these are rendered useless. “For, since the creation of the world, God’s invisible qualities have been clearly seen, being understood from what has been made” (Rom. 1, 20).

So the eye isn’t merely the lamp of the body, but, much more so, is the lamp of the soul. This is why it has been placed in a royal position, at the highest point of the body and takes precedence over the other senses’ (From his discourse On the Gospel of John).

‘And so, let us come to the members of our body, because, unless we’re careful they’ll become the cause of our perdition. Not from their own nature, but from our inattention.

Think on this, I beg you: you were given eyes so that, by observing the creation, you would glorify the Lord. But if you don’t make good use of your eyes, they might drive you towards adultery.

God created the heavens so that we might marvel at his work and worship the Lord, but then some people, who had abandoned  the Creator, began to worship the heavens themselves. This came about because of their neglect and foolishness’ (From his discourse To those who accuse).

Interpreting Saint Paul, who writes in his Epistle to the Romans, that people should offer their bodies as a ‘living sacrifice, holy and well-pleasing to God’, Saint John asks how the body can become a sacrifice:

Even if the eye saw nothing devious, it yet became a sacrifice;

Even if the tongue said nothing foul, it yet became an offering;

Even if the hand did nothing illegal, it yet became a whole burnt offering

So are the eyes to blame for the sins we commit through them?

To this he replies: ‘Certainly, the eye wasn’t the cause of the error;  that was weakness of intent and unbridled desire. Because the reason the eye was created was so that through it we might observe the works of God and glorify their Creator.

So the task of the eye is to see, but if it sees in a wicked manner that is the work of the mind, which directs matters from within. God created the parts of the body to be useful in the performance of good actions and allowed them to be guided by an immaterial essence, that is, the soul. The eyes of the body are of no use at all to us if the eyes of the intellect are blind.

If a coachman is idle and slackens the reins, both he and the horses pulling the coach will plunge over a cliff. In the same way, if our intent is unable to control the parts of the body as it ought to, and gives in to perverse desires, then we’re completely overwhelmed.

Christ the Lord knew well how easily-influenced our nature is and how weak our intentions are, and so he gave us a law, which forbids idle staring, in order to extinguish the flame which can be lit within us even at a great distance: “I tell you that anyone who looks at a woman lustfully has already committed adultery with her in his heart”. He forbids lecherous staring, in order to protect us from an indecent action’ (From his discourse 22, On Genesis).