The Voice of the Conscience

Countless times in our lives we’re faced by doubts about what we should do. We often hesitate to decide, but not because we’re uncertain as to how we should act or proceed. Although we know what’s right, although we feel the moral imperative, although we’re aware of what God expects from us, we nevertheless act completely differently, or, even in a contrary manner. Either that or we remain undecided, because we’re taking into account the reactions of other people, our personal interest or any pressures which might be being brought to bear on us. Indeed, if any decision we make will have a personal cost, this is the primary influence on our decision, not God’s will or even the moral order.

This hesitation, which today’s excessively supine world calls ‘human weakness’, is nothing less than consent to the beginning of a crime, since any sin, however ‘small’ it might be counted in human eyes, remains an abuse of God’s mercy. And history has shown that it is also the cause  of the increase of evil on earth. Indeed, the wrong decision, particularly when taken out of selfishness, opportunism or the temptation to shift the problem, is responsible, according to historical records, for much of the pain and desolation which humanity has suffered. On the other hand, a decision taken on the basis of moral principles and values, particularly those of the true faith, brings blessing, relief and a peaceful conscience to those who take it, even if it costs them. 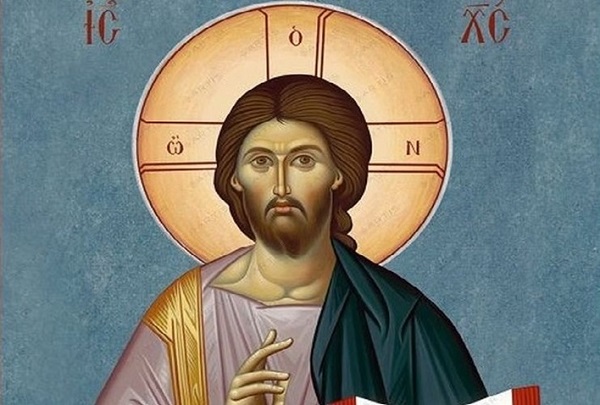 Among the many people who are mentioned in today’s Gospel, the figure of Joseph from Arimathea stands out. Initially he’s described as being a ‘gracious member of the council’. The characterization ‘gracious’ [literally, ‘well-formed’] refers to his refined and polite outward behavior, a courtesy and civility which he extended to everyone. He was a member of the council, that is the Sanhedrin, the highest administrative organ of the people of Israel and of the Temple of Solomon. Within the framework of toleration of local, regional administrations within the Roman Empire, this organization was retained in order to cultivate the illusion of some kind of autonomy among the occupied peoples.

Joseph, then, was a prominent member of Jewish society, respected and generally accepted by everyone. He’s a figure whom the Gospel praises, even though he was rich and exercised power. It does so in order to make plain that riches and authority aren’t by definition evil, nor are they demonized in Christian ethics. The problem is when those managing them turn them into means of exploitation and oppression rather than tools and opportunities for service.

And, at a critical time, this prominent, powerful person was concerned about someone who was, to all appearances, weak. He ‘went boldly to Pilate and asked for Jesus’ body’. The sun was setting and, in terms of Jewish customs, it would have been an outrage for a dead body to be left hanging and unburied overnight. However, no-one was prepared to risk asking for the body of someone whom the leaders of Israel and their followers had put to shameful death on the Cross. This is why it’s mentioned that Joseph was ‘bold’. Although he was a member of the Sanhedrin, although he was rich, although he was a prominent member of society, he ignored the circumstances and the possibility of repercussions on the part of the Jews, who could have stripped him of his office and confiscated his wealth. They could also have reviled him, this in a society that used the tactics of exclusion and marginalization. Despite this, he dared. He did what the voice of his conscience told him, without regard to personal cost.

But it seems that Pilate, too, was a changed man. Although he played a part in the unjust conviction, although he was fully conscious of his role in the greatest crime in the history of humankind, although, at the critical moment and for purely selfish reasons he silenced his conscience, now he did the right thing. Perhaps because he was not under pressure from the mob. Perhaps because he no longer feared for his position. Perhaps because he wanted to do some small good in order to compensate for the great evil.

Once he’d confirmed that Christ really was dead, he gave his body to the most honorable man in the Jewish Sanhedrin. Note that the Gospel uses the verb ‘to gift’. The normal practice was that the bodies of those who died the shameful death of crucifixion weren’t handed over to be buried, but were to be paraded in public. Relatives of the dead person would bribe those in authority in order to avoid this. Pilate ‘gifted’ Jesus’ body, that is, he we wouldn’t hear of any kind of exchange. With the objectivity that is so typical of it, the Gospel doesn’t belittle the person of Pilate, but recognizes the good he did.

Without regard for what he had to lose, with his only weapon his obedience to the voice of his conscience as the voice of God, Joseph dared to go to Pilate, who- better late than never- did the right thing. In the end, God blessed the man who acted in accordance with his divine will, making him famous for all time, wherever the Gospel is preached.