Fasting is a theological action, and sin has a theological hypostasis. We don’t avoid sin because it will upset our nervous system or because it’s better for our health to do so. A God who needs things like that isn’t the God of the Gospels, but is Zeus or Cronos and all those who, when they became angry, launched bolts of lightning and did wicked things in the world. The true God has another dimension and seriousness. So this young man [see part 2] read books in which a certain psychiatrist told him that if he committed this sin of the flesh he’d suffer a variety of ailments. He went to see an Elder on the Holy Mountain and told him he simply couldn’t avoid sinning in this way. In his simplicity, the Elder told him not to sin because the body is a temple of the Holy Spirit and its members are members of Christ. He added that this body would be raised and would ascend to where Christ is and will sit at the right hand of the Father. The body’s sacred and should be treated with reverence and honor, as we honor the bodies of the saints. We should reflect that our body was baptized and anointed with holy chrism, it partakes of the body and blood of the Lord and the whole person is sanctified. So, because Christ himself dwells within the body, we can’t surrender it to uncleanness. The young man understood and realized what the course of the human body is, within the grace of glorification. And the problem he’d had for so many years was solved. This is why I said it has practical consequences. 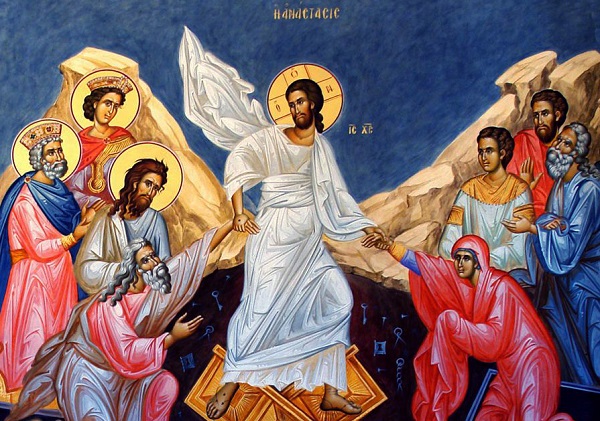 We understand that sins of the flesh gnaw away at us and that they’re deadly and serious because they corrupt the whole person. This is also true of our appearance and the way we dress. There was a time when we’d got to the point where there were Christian fashions. There were discussions and a whole set of teachings on how a Christian woman should dress. And what was the result? We ended up with a formal type, so that if you saw a woman from a distance you could safely say: ‘She teaches Sunday school’. But if she didn’t wear her hair in a particular way she was outside the Church, destined for hell. Of course, this was laughable, because you can’t reduce our salvation to the level of things like that. This doesn’t mean, however, that we should dismiss concern over our appearance, but that we should give it another expression. We realize that our existence as soul and body is in need of spiritual edification and that we should be the same way on the inside as we are on the outside, because the one affects the other. We should keep a balance and avoid provocation and sin. Instead, let our external appearance be brought to bear on our internal refinement. If the one functions independently of the other, then we have unhealthy results. We should see this in its theological setting, which is that everything’s been done for us, that we’ve inherited eternal glory from God and that our body and soul will abide in the everlasting bliss of the kingdom of God. If, then, we have this experience and awareness within us, we’ll give serious thought to how we clothe our body, how we behave towards it and how we respect it. This is why the Church can have no truck with carnival parades or any of the other modern systems that alter and distort people not only as regards their soul but also their body.

In the Book of the Fathers there’s a story about a young woman of loose morals who had formerly been someone who helped the monks. When she fell into the snares of prostitution, a great elder went to see her to bring her out of sin. When he arrived, her servant wouldn’t let him in, but he insisted. The girl imagined he had something valuable to give her, perhaps a pearl he’d found on the road. He was allowed in and she fixed her appearance as she would have done for anyone else and waited for him. Abba John went in and started to weep. He said to her: ‘What have you got against Christ that you should end up in this state?’. Immediately, this veil of sin was torn in two and she asked him if there was repentance for her. He answered that there was. At that moment she left the life she’d been leading and returned with him. On the way, however, she died and was saved.

If we today had the heart and soul of the saints and saw all the promotion of the flesh of the human body in advertisements and films, we’d be very sad at seeing the body called to glory by Christ exposed in such a humiliating and sinful fashion. One time, a young man told an Elder he’d been to a night-club and watched naked women dancing. The Elder asked him how he could bear, without weeping, the sight of these women since Christ died for them and they were called on to become gods. These people have the potential to ascend as far as God, so how can it give anybody joy or satisfaction to see how low they’ve fallen?

If we’re people who know even to the slightest degree what the human body means and how God has glorified us and will continue to do so, then we’ll weep and mourn over the state people are in. We should all live in the awareness that Christ has called us to eternal glory, that we’ll be seated at the right hand of God the Father, just as he ascended and is seated on his Father’s right hand.