To Papa-Karan on the crisis in the world

Don’t ask, man of God, where the present crisis comes from and what it means. Who am I that you should ask me about such a great mystery? Saint Gregory the Theologian says, ‘Speak when you have something better than silence’. But, although I think that silence is now better than any speech, out of my love for you I’ll set out what I think regarding what you asked me.

‘Crisis’ is a Greek word and means ‘judgement’. It’s a word that’s used often in Holy Scripture. Thus, the psalmist says: ‘This is why the impious shall not stand in judgement’ (1, 5). In another place he also says: ‘I will sing to you of mercy and judgement’. Wise Solomon writes that ‘every judgement is from the Lord’ (Proverbs 16, 33). The Savior himself said: ‘but all judgement he has given to the son’ (Jn, 5, 22). A little later he said: ‘Now is the judgement of this world’ (Jn. 12, 31). Saint Peter wrote: ‘For it is time for judgment to begin with God’s household’ (1 Peter, 4, 17). 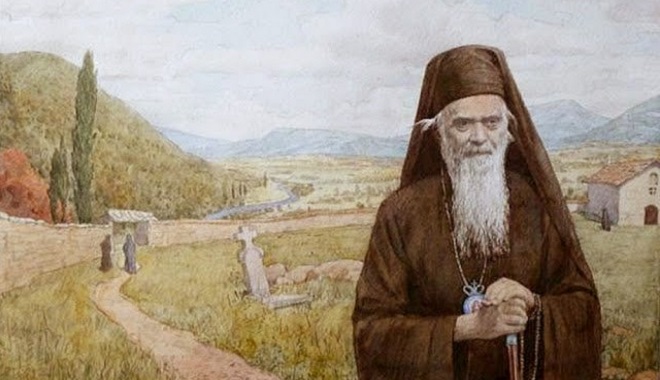 Until now, European peoples used the word ‘judgement’ rather than ‘crisis’, whenever they were beset by some disaster. Now the new word has replaced the old and what was once readily understood has become incomprehensible. If there was a drought, floods, war or an outbreak of some epidemic, when there were hailstorms, earthquakes, submersions and other disasters, they used to say it was ‘divine judgement’.

This means a crisis because of droughts, floods, wars, epidemics and so on. And people see today’s financial and economic difficulties as divine judgement, but they call it a ‘crisis’ rather than ‘judgement’. And so the difficulty is compounded because it’s no longer comprehensible. As long as it was called by the comprehensible word ‘judgement’ it was clear where the cause of it lay. People also know who the Judge was who permitted this difficulty, and they recognized the purpose behind the difficulty which had been allowed. But since we’ve started using the word ‘crisis’, which is unintelligible to all and sundry, nobody knows any more how to explain disasters, why they happen, nor from whom, or their purpose.

Don’t ask the cause of the present crisis, of the present divine judgement. The cause is always the same. The cause of the droughts, floods, epidemics and other scourges of this generation of humankind is also the cause of the present crisis. Our apostasy from God. Through the sin of apostasy from God, people provoked this crisis and God permitted it in order to wake them up, to make them aware and spiritual and to bring them back to him. In modern sins, the crisis is also modern. And, indeed, God used modern means to get modern people to realize this: he struck at the banks, the stock exchanges, the money markets. He overturned the tables of transactions all over the world, as he once did in the temple in Jerusalem. He caused unheard of panic among business people and money-exchangers. He sowed confusion and fear. He did all this as a wake up for the proud little heads of the wise in Europe and America. So that they’d come to their senses and become more spiritual. And so that from the amenities of anchorage in the harbors of material security, we should remember our soul, acknowledge our transgressions and worship God the Most High, the living God.

How long will the crisis last? As long as people’s souls remain unchanged. Until the proud instigators of this crisis give up in the face of the all-powerful One. Until people and peoples remember to translate the unintelligible word ‘crisis’ in their languages, so that, heaving sighs of repentance, they can cry ‘divine judgement’.

You, too, honorable father, should say ‘divine judgement’ instead of ‘crisis’ and then everything will become clear to you.