‘For all of you who were baptized into Christ have clothed yourselves with Christ. There is neither Jew nor Gentile, neither slave nor free, nor is there male and female, for you are all one in Christ Jesus’ (Gal. 3, 27-28).

Our own day and age is characterized by intense discussion of the rights of women and of groups with a different sexual identity from most other people. It’s self evident that there must be respect for human rights and for the fact that each person is free to choose to live in relationships which they believe will bring them the greatest happiness. Any moral or religious judgement on their choices and actions can be based only on the most valuable principle of our spiritual life: I disagree with the sin, but I accept the sinner. In any case, who can boast that they’re not a sinner? 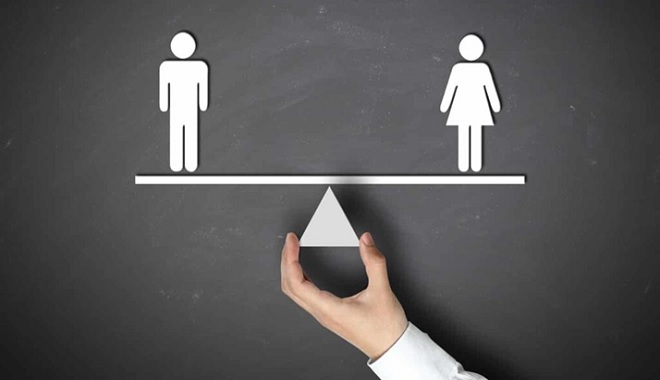 When we refer to relations between men and women, we don’t take into account that, for theology and the life of the Church, men and women are both images of God, a position which gradually became accepted by increasingly larger sections of society. God became human through a woman. He was brought up by a woman. He had this woman by his side until his death. After his resurrection, he appeared first to this woman. He left this woman as a symbol and spiritual protector to his disciples and the first Christians. This woman ascended in the body to eternal life, that is, to communion with God. This woman is the model for all of us, men and women, as the ‘bride unwedded’ and ‘mother and virgin’. This woman wasn’t outside human nature. Of course, she ‘gave birth without a man’, because she couldn’t have belonged to another person, couldn’t have been bound to another person, since she belongs to the whole of humankind and is bound to all of us, past, present and future generations.

Women are also recognized and honored as saints in our ecclesiastical life and tradition, not because of their sex, as the culture of our times egregiously claims, but because of their way of life. In the Church, men and women aren’t approached as stereotypes, but on the basis of their personal responsibility for their relationship with Christ. Our Orthodox tradition isn’t male-centered, in the facile sense of the term. Were it to be so, it would be cancelled out by the fact that we’re all born of women. Men and women alike strive to gain entry into the kingdom of heaven. Christ had women disciples to whom he appeared first, together with our Lady, after his resurrection. Women have served the Church and been equal to the apostles and missionaries, to the extent that any particular era permitted. There were women who also experienced the frenzy not of a male-centered community, but of a godless society, authority and era. They were rejected by their families, as was the case with Saint Barbara, and tortured horribly. Some of them became nuns and the majority of these strove, and continue to strive, in this world, witnessing to their life in Christ, often with a dedication, faith and gentleness that men can’t match.

For the Church, Christ is everything. Any differences, including that of sex, are irrelevant to our relationship with him. Sex may be a component part of our existence, but it’s not the most important. Clothing ourselves in Christ enables us to pass from the image of God to the likeness.  It behooves all of us to lay aside outdated ways of thinking and social stereotypes, not in order to make the Church a place of virtue signaling, to show that, supposedly, we’re not lagging behind society, but to allow everyone, men and women, with the personality and gifts they’ve been given and have cultivated, to share Christ as love and resurrection with the world in which they live.

We aren’t avoiding the problem of the frequent lack of equality We all bear the responsibility of dealing with it in our life and of showing, through our words and deeds that the greatest value is the love we share in Christ and through Christ. We can’t, however, deny the natural order of things, as created by God, nor can we denounce those who see life differently. The key is co-existence, prayer for everyone and repentance for our own transgressions.