In confession, we should be neither ashamed nor afraid. Fear and shame are irrational feelings which derive either from the devil or our egotism. The confessor who conducts this sacrament would never dream of judging you as regards your sins. How can one sinner judge another? The confessor’s also a sinful person who, like the rest of us, fears the judgement of God and confesses his own sins regularly.

In any case, no matter how serious the sins you’ve committed are, the confessor isn’t going to be shocked, much less disillusioned when he hears them. You aren’t the first person to be aware of their sinfulness. Lots of other people before you have felt the same way and have gone to confession. So the priest has heard the same things, times without number. 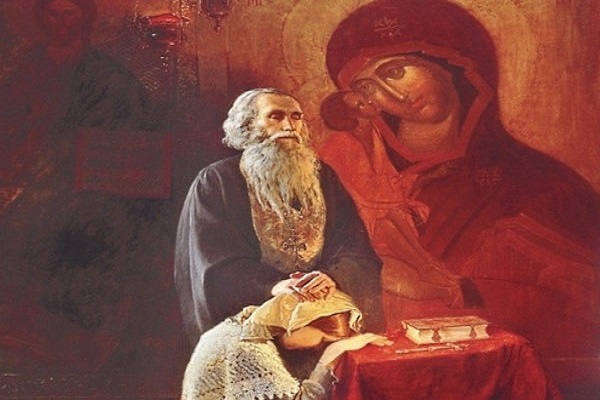 And even if he hears that one or more of your sins are really egregious, isn’t it better to reveal them voluntarily, now, before another person, so that you can receive absolution and avoid eternal condemnation? Or would you rather confess them grudgingly at the dread tribune of Christ on the judgement day, in front of everyone, before the angels, who’ll be weeping for you, in front of the demons who’ll be mocking you over the fact that you’ll end up in endless punishment, which is the worst thing of all.

How should we confess?

In the first place you should approach the sacrament in real repentance and deep contrition over the sins you’ve committed, not only in word and deed but even in thought. Then you should reveal those sins to your confessor without concealing or justifying anything. Speak in your own way, simply and naturally; clearly and understandably; without half-truths and without empty words. Don’t wait for the priest to ask if you’ve done this, that or the next thing. Confess of your own accord whatever your conscience prompts you to reveal, with God’s law as your guide.

What should I do if, after confession, I fall into the same sin again?

Don’t lose heart and don’t give in to indifference. Get up at once, without delay or postponement and go to your confessor to tell him about your fall with sincere repentance and profound contrition. Carry out whatever rule that your confessor might impose and follow his advice faithfully. May our merciful God preserve all of us from the calamity that is indifference, from chronic sin and from lack of repentance.

What are rules or canons?

‘Rules’ or ‘canons’, as they’re commonly called, aren’t punishments or penalties, but edifying/therapeutic remedies given by the priest-confessor, the physician of the soul, to Christians who come to the sacrament of confession. They may be given before the remission of sin and also after it. So, if the confessor sees insufficient or insincere repentance on the part of the person confessing, he may not grant them absolution immediately, but instead require a rule (canon) to bring them to full and sincere repentance. Or it may be that he will do the same for those who have already received remission, in order to confirm them in their spiritual life and in the struggle against sin. These canons consists of special prayers, reading spiritual literature, fasting, alms-giving, abstention from holy communion for a period of time and anything else the priest might consider beneficial for the spiritual healing of the Christian who has sinned.

Many rules are provided for in the sacred canons. It’s not always necessary to impose them, however, precisely because, as we’ve said, they’re remedies. So if the priest deems that the cure of a soul can be achieved without them, he may moderate them or even ignore them.

In the Latin Church, penances aren’t therapies, but punishments. So they’re imposed on sinners as a matter of course, supposedly in order to satisfy the justice of God who demands punishment for transgressors against his law.