Saint Porfyrios Revealed the Rescue of Greek Sailors in Mexico!

One morning, a woman dressed in black and weeping bitterly came to our monastery [The Holy Monastery of the Pantokrator-Tao, in Pendeli, Athens]

‘Why did my parish priest send you here? What can you do for me?’

She was crying the whole time.

A nun asked her what the matter was and how she could help. The woman started shaking uncontrollably and said: ‘Come on, don’t you read the newspapers, don’t you watch television? Haven’t you heard about the shipwreck? My boy’s been lost, my precious son’.

Because of the state she was in, nobody could get any sense out of her, so I went to the driver who had brought her and asked what had happened exactly. He explained that the lady had a son who was a sailor and the previous day it had been announced on television that his ship had gone down in the open seas off Mexico. 17 sailors were missing, among whom was the woman’s son. 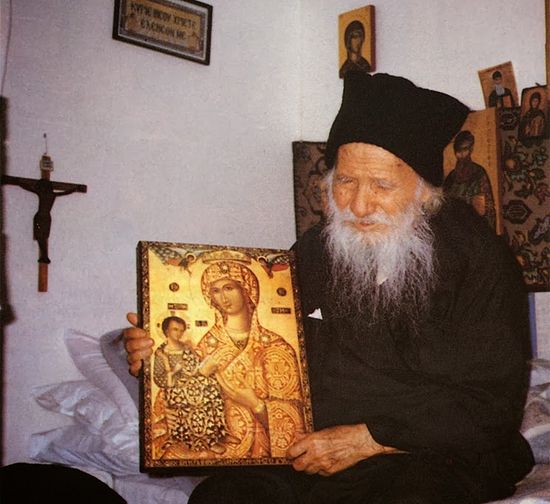 As soon as the woman learned about the loss of her son, she fell into deep depression, so the parish priest sent her to us to see if we could be of assistance. So I asked the driver to take the woman to Milesi, to Elder Porfyrios. All I asked was that he’d do us the kindness of telephoning, to let us know how things turned out.

Late in the afternoon they phoned to thank us for sending them to the Elder. As soon as they’d got there, even before they’d spoken to anyone, the Elder sent word that he was waiting for them upstairs. They went into his cell and the lady started to cry.

‘What’s the matter? Why are you shouting?’ asked the Elder.

‘Don’t you read the newspapers? Don’t you watch television? My son’s been drowned in a shipwreck’.

‘Here am I telling you about my son and you’re asking the time?’

‘Please, just tell me the time’.

The Elder then turned to the driver and said: ‘Leave now. Some of the sailors were rescued from the shipwreck. Go to the consulate and they’ll tell you. And don’t forget to ask what time the survivors reached land. Go quickly so that you get there before they close’.

They managed to find the consul just before he left. He went back to his office and phoned the consulate (or it might have been the embassy) of Mexico and learned that three of the missing sailors had reached land alive. One of them was the woman’s son.

Tears of joy and then, suddenly the woman remembered.

‘I’m very sorry, phone back, please. The priest told me to be sure to ask what time it happened’.

Precisely the time the Elder had told them!