How greatly almsgiving contributes to prayer. If you want to pray you have to become a generous person. Generous in the whole meaning of the word. If people say a kind word to someone else, or offer them something or give alms, this condition moves their soul to prayer. It’s well established that, when the generous stand in prayer, their prayer flies to God, who accepts it. Abba Isaac says: ‘an uncharitable ascetic is a barren tree’. People who are not disposed to almsgiving are like trees that bear no fruit. In other words, no matter what spiritual exercises you undertake, however many prostrations, fasts and vigils, if your heart isn’t compassionate, if it isn’t motivated by love towards others, if it doesn’t have empathy, as God does for everyone, then you’re like a barren tree. The Fathers say that almsgiving alone is enough to save people. Compassionate people are like God. God is compassionate. As we say in the Liturgy ‘For you are a compassionate God and you love humankind’. God’s compassionate. Those people who are themselves compassionate resemble God and God can’t deny them his grace. 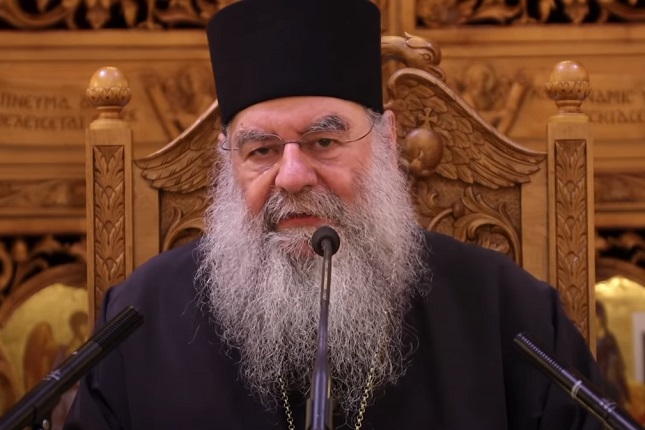 Indeed, people who have this inclination to almsgiving and stand before God with boldness, in a way defending the unfortunate, really do resemble God. The heart of compassionate people is like an altar, a sacrifice to our compassionate God. This is why the Fathers stress that, at the judgement, God won’t ask whether we’ve fasted, whether we’ve remained pure, neither this nor that. What did God say? ‘I was poor and a stranger and you attended me, naked and you clothed me, sick and you visited me’ and all the other things, in order to demonstrate that the fruit of the spiritual struggle is the acquisition of a compassionate heart. Our heart is to become like that of God. If it doesn’t, this means that something’s not right. If you fast, keep vigils, pray, study, strive and observe all of God’s commandments and your heart’s not compassionate, not charitable towards other people, then you’re callous, you aren’t moved and you have work to do. It means that you have to understand that there’s something that’s hardening your heart. And you have to learn to strike this heart, to break it. ‘Shatter my hardened heart’, make it broken so that it’s compassionate towards the whole of creation.

Saints were often of such a charitable disposition that their heart burned for the whole of creation, the whole of the world, for the reptiles, the plants, the trees, people and even the demons. So that’s the compassionate heart, which has to be like that of God our Father. This generous heart is what people work for spiritually. This is what Christ himself said: ‘Be merciful, as your Father is merciful’. Merciful and compassionate.

In order to acquire a compassionate heart we have to strive in all the virtues. Almsgiving, the practice of giving from what little or much we have to other people who are in need, is a necessary step. Saint James says that if your brother or sister comes to you and says they’re hungry, you can’t tell them to go and pray to God and he’ll feed them. You have to give them something to eat.

You can’t talk to other people about the Kingdom of God if you don’t feel compassion for them. Of course they’ll listen to what you’re saying about spiritual matters, but they’ll still be hungry, thirsty, burning hot or whatever else. Saint Serapion even sold his Gospel and said he was selling that which had taught him to give everything. We don’t have such self-denial but we do have some lesser amount, as much as we can. But let’s act in a way that goes beyond that measure.

Saint John Chrysostom talked about almsgiving continuously and said that this virtue alone was enough to save us. Those of us who live in the secular world can’t do much by way of ascetic practices; we can’t make great efforts, we can’t fast, we can’t keep vigils. We have a level of comfort, we lack the strictness that perhaps we ought to feel. So what’s left? Almsgiving, that’s our only sacrifice. And, in any case, what are you giving? Only what God gave you in the first place. If he wanted he could take it all away in two minutes. What God gave you out of his providence, you give to your brothers and sisters. It’s not yours; it was given to you by God. And you can’t take it with you. You simply manage it, you won’t have it with you in eternity. So invest it wisely. You should know that you’ll find all these things in the kingdom of God. You really should know that, according to the Fathers, almsgiving helps our soul pass directly into the kingdom of God. Why? Because it makes our heart like that of our compassionate God.