The supernatural requires faith and obedience

Before God made this beautiful world and the people in it, he knew that we would fall and, from the very beginning, had the means of setting us to rights after this fall. And that was to descend to earth himself, the Son of God, though without being separated from the Father. He would indeed don human flesh, would take a human soul and would thus become a genuine human being, though without ceasing also to be God. With this body and the powers of the human soul he was to fulfil God’s law, which human beings were unable to do on their own because of the corruption which sin had created within them. He would give himself as a sacrifice on behalf of humankind, he would die dishonorably, rise from the dead and therefore establish the principle of resurrection from the dead into eternal life for all those who would thereafter follow his path. 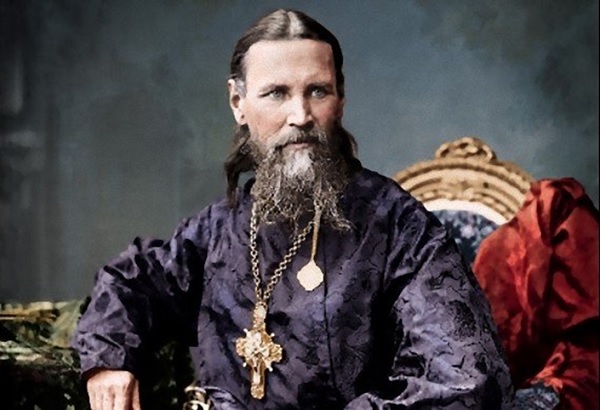 But how would the Lord, through his death, save people if those who lived before and after it hadn’t existed on earth at all or had already died. How, for example, can you ransom a prisoner unless there’s a prisoner to ransom? We shouldn’t address these matters with human common reasoning; we need to think in spiritual terms, as is proper for believers.

From the very beginning, God already knew all the people who would ever live on earth, as well as all their sins, even though neither people nor sins existed yet. This means that God knew you, also, as well as all the other people now living on this planet. Therefore it was for you and everyone else alive today that the Son of God shed his blood. Christ, as God and human person saved you from eternal death and from condemnation for your sins.

You’re required to have faith and virtue. The Lord has already accomplished the task of saving you and that task is supernatural. It’s born of infinite love and God’s almighty power. Since this task is supernatural it demands faith and obedience. I say obedience because God requires deeds worthy of our new situation from us, this state being that of adoption. When kings ransom prisoners they don’t do so because they want them to continue to do the same work they did as slaves; they will, instead serve the emperor and his subjects.

Lord, grant that I may rest once more in the bosom of your love, as before. I know from experience, God, how sweet and pleasant it is for someone to have your love. Little children aren’t comforted as much in their mothers’ arms as are those comforted by your love, provided they’re worthy of it. Your love relieves all pain, brings peace, is full of inexpressible joy and protects from every enemy, visible and invisible.

Those who have your love fear nothing, even if the whole world threatens them. When I don’t have you, I’m worried and sad, my soul’s uneasy and in turmoil, my heart’s in pain and is crushed. I’m not myself; I feel lost and alone. I hate myself. It’s as if this beautiful world, the work of your hands, doesn’t exist for me. I look at it and don’t appreciate its beauty. My mind isn’t enraptured and elevated towards you, the sun of righteousness, who illumines every person. I’m alone- without you and outside your creation.

But when I’m in the bosom of your love, then you, the Creator of all things are with me, as are all the angels and all those people whose love makes them my friends and siblings, as well as the whole world, visible and invisible. The whole world, the home where you dwell, then becomes mine. Because I then become your son, and the father’s treasures belong to his son*.

* Cf, Galatians 3, 26 (‘For you are all sons of God through faith in Christ Jesus’); Romans 8, 14 (‘For all who are being led by the Spirit of God, these are the sons of God). Naturally, this does not mean that women stop being women. Rather, the message is that everyone enjoys all the rights and privileges that had previously been reserved for men [WJL].