The joy I don’t want you to experience

If you take a brief look at the internet, you’ll see an unprecedented toxicity in the comments section under the articles. Public figures aren’t judged by their actions or their moral stature, but are condemned with names which are far removed from the norms of polite discourse. It’s like reading the rants of teenagers who are releasing a torrent of hormones. Public discourse is typically characterized by openness. I accept responsibility for what I say by attaching my name to it. If I wish to judge, I have to be prepared to be judged. Here, though, we’re at the height of dissimulation. Those who are doing the judging use false names. It’s as if they’re afraid, not for their integrity, but for the quality of their thinking. Because the truth is harsh for those who have no arguments and do nothing but shout. 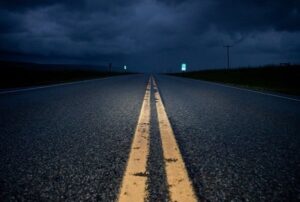 But this behavior isn’t limited to internet trolls. It’s a common feature of human relations. We’re surrounded by toxic people who can’t or haven’t learned how to be pleased with the joy of others, with their abilities and achievements, with their acceptance by other people. And since they themselves aren’t happy, they make haste to deny others the right to any joy. It’s as if they’re saying: ‘I don’t want you to experience joy, because I don’t feel it’. And these people find acceptance. They’re ironic and sarcastic. They’re often charismatic. But they have a narcissistic attitude towards themselves, with the result that it prevents them from allowing either themselves or other people any joy over the slightest things, far less over greater ones, which have to do with gifts and fortunate circumstances.

In former times, such people were limited to neighborhoods. There were old maids who, for reasons that weren’t always explained, were unable to have a family. They’d speak maliciously about any young girls who were in relationships and making progress in their lives. There were envious people, of the Salieri type, who saw the Mozarts in their life succeeding through talent and a fortunate alignment of circumstances. There were those who were unsatisfied with life, as if it owed them something. And there were others who carried within themselves wounds caused by rejection, either by their family or others they’d cultivated; or because their own abilities were lacking, resulting in envy for those who succeeded. Sometimes they did, in fact, achieve more than others, but this wasn’t enough for them: other people had to be demeaned. Like Thrasybulus, the ancient tyrant of Miletus, who cut off the heads of corn which stood out, in other words, those men who were loved by the people, in case they took his place. They demean people who succeed just so that they themselves won’t seem inferior.

The Church requires us to avoid envy. It’s considered a grave sin, not only because it involves the abolition of love, but also because there’s room for all of us in the body of Christ. Unity comes through humility. And humble people are pleased with the joy and progress of others, precisely because they feel their neighbors to be their brothers and sisters. It requires an inner struggle and patience if we’re to avoid being swallowed up by toxicity.