Time: the prelude to eternity

By God’s grace, we’ve already entered the new year. Together with our hopes and expectations for the new year, our souls are filled at this time with a natural concern over the meaning of the passage of time. And this is because time, with ‘space, its twin brother’, according to Saint Justin Popović, are our two counterpoises throughout our life on earth, since they limit our ever-present yearning for the absolute. 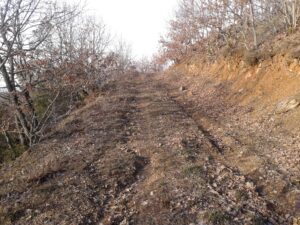 The notion of time is a very ancient, mysterious issue for the human race. No other creature has a sense of the passage of time, much less the ability to measure it, except us, who alone have been endowed by God the Creator with reason, through which we can transcend the instinctive state common to all living creatures and are able to ascend to the sphere of philosophical reflection.

From ancient times, people have been able to perceive the passage of time through the constant changes and movement in the natural environment in which they lived. Space and the motion of material entities gave people pause for thought and filled their soul with admiration and a great many questions. The most significant phenomenon which attracted their attention was the alternation of night and day, which became the initial measurement of time. The length of the day was also timed on the basis of the movement of the sun. The time of day was reckoned according to the position of the sun in the sky. The  length of the day was also determined by the position of the sun in the firmament. The totality of the days and nights, in conjunction with the solar cycle, also defined the temporal year.