Post-Byzantine small art-work from the Monastery of Vatopaidi

The sacristy of the Monastery of Vatopaidi contains exceptionally rich material for the period from around the mid 17th to the 19th century. The works which we examine follow the stylistic trends of the times and by their inscriptions provide important documentation on the names of artists and local workshops, revealing an evolution in silversmithing closely bound up with the economic advance and development of the Greek communities of Greece itself, the Balkans, and Asia Minor. The geographical origin of the donors or craftsmen is, however, principally Northern Greece. 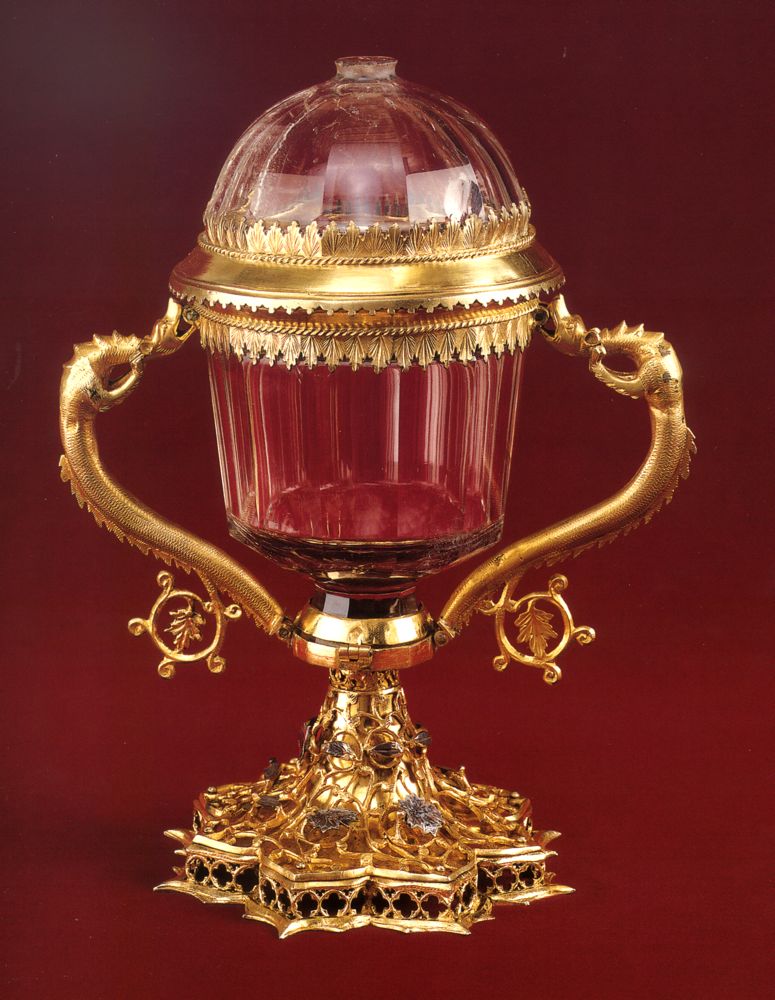 In contrast with the picture which this period presents, the first post-Byzantine centuries are very poorly represented. The sole – and rare – example is a pectoral ornament (enkolpion) of Makarios, Metropolitan of Corinth, from the early 16th century, which is still directly linked with the late Byzantine tradition. The specific reasons why the sacristy has so little to show for the 15th and 16th centuries are not at present known. They cannot, however, be exclusively connected with the upheaval brought about by the Ottoman conquest, since the sale of silverware, its replacement by later works, and thefts were familiar phenomena in periods when silver was a basic medium of currency.