For a long time Maximus the Confessor’s English books were still unkown, but fortunately this has changed recently. St Maximus (ca. 580-662) is one of the outstanding Christian thinkers of all time, exerting a powerful formative influence on the undivided Church and leaving his stamp on Christianity as it is now recognized by all three broad streams of Christian faith: Eastern Orthodox, Roman Catholic, and Protestant. 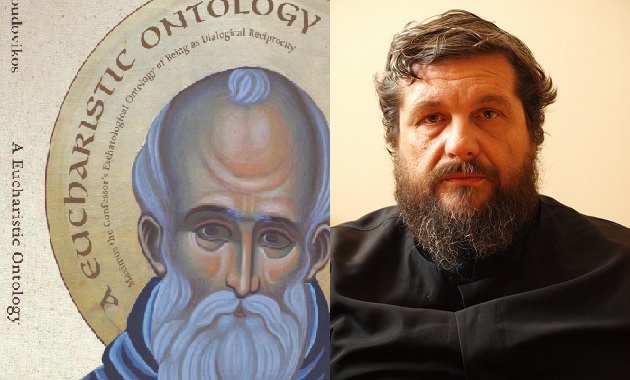 Fr Nikolaos Loudovikos, on the other side, is Professor of Systematic Theology at the Ecclesiastical Academy of Thessaloniki, Visiting Professor at the Institute for Orthodox Christian Studies, Cambridge, and Adjunct Professor at the Centre for Orthodox Studies in University of Wales. In his book, Fr. Nikolaos brings St. Maximus’ theology into dialogue with the recent currents of philosophy and theology in the West, as well as more traditional ones (Thomas Aquinas, or Kant, Heidegger, and Levinas).

Book includes topics as ontological dimensions of St. Maximus’ Eucharistic Theology, the existence, the communion and the becoming of entities through their “Logoi” (reasons), showing the dynamic nature of his ontology, being and becoming in communion, and “Theopoiia” as the other side of theo-humanity. One added virtue the book provides is a superb general treatment of the Confessor’s critical interaction with the philosophical idioms of his time, and the best general survey of his constructive engagement with earlier patristic sources: Origen, Cappadocians, and Dionysius the Areopagite.

Fr Loudovikos interprets why Maximus’ theology is both eschatological (because of the emphasis on the becoming and the motion) and eucharistic (as in Liturgy we open-up, receive and move outside of ourself). It also shows how our participation in the Eucharist equals to live as a Christian in the twenty-first century.