Under my black cassock, I am wearing a brown coat.  Not literally, of course, but certainly metaphorically.  That is, I am an unapologetic fan, defender, and devotee of the TV series Firefly.  My family owns three (that’s “three”) DVD copies of the series—one for watching, one for loaning, and one for an emergency backup in case something happens to the other two.  Like I said:  a fan.

One of the reasons I am such a fan is because the series provides the preacher in me with so many good lines and so much good theological material.  Here I would like to examine three Firefly moments. 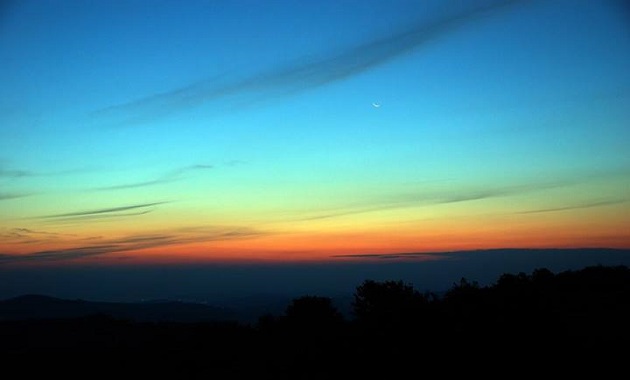 The crew of Firefly (for the uninitiated, Firefly is the ship in which everyone lives) are indeed all quite diverse.  There is the captain and owner of the ship, “Mal”, a tough cynic and former believer who lost his faith fighting for the lost rebel cause.  There is his first mate, an equally-tough lady named Zoe, battle-hardened, disciplined, and a fellow-soldier with Mal in the rebel army (the “Browncoats”).  She is married to a distinctly non-battle hardened man, one who plays with toy dinosaurs and pilots the ship.  His name is Washburne.  We find a mercenary Jayne Cobb, a man without any obviously noticeable culture or conscience.

We find the ship’s mechanic, Kaylee, sweet as everyone’s little sister, and the heart of the ship.  We find a clergyman, (a “shepherd”) by the name of Book, a man of humour, strength, and conscience.  We find fugitives on the run, Simon, a doctor, and his kid sister River, whom he saved by abducting her from a mysterious facility that was experimenting upon her brain.  And we find a professional and pricey prostitute, taken on board to give the crew some respectability.  (Yes, respectability—she is a very professional and very pricey prostitute—“companions” they were called.)  Surveying them all, it would be hard to find a more diverse lot, and one is tempted to scornfully say that only on television could you actually find such a diverse group occupying the same space.

The scornful should resist the temptation, for the truth is that each parish is made up of such a diverse group.  In fact, Christian unity in diversity is what it’s all about.  This diversity began with the Twelve:  in this group you had humble fishermen, who had no real “connections” with the important and the powerful, and you had someone who was well-connected enough with the powerful to know the High Priest (see Jn. 18:15).   You had a Zealot (who wanted to kill all the Romans), and you had a tax-collector (who worked for the Romans).  The Twelve were a mixed lot, with nothing to bind them into one except their love for their Lord.

The earliest apostolic churches continued this diversity, with Jews rubbing shoulders with Gentiles, rich with poor, educated with uneducated, slaves with slave-owners.  The earliest churches were not divided into homogenous groups (or “jurisdictions”).  Every Christian in a given geographical area was a part of the same local church.  Regardless of their ethnicity, race, former religion, age, amount of wealth, or educational status, they all found themselves rubbing shoulders with each other in the same community week by week, and drinking from the same Chalice.  We are called to do the same today.  In our parishes we find that same old diversity, and we rub up against people utterly unlike us.  In all this rubbing, we may find ourselves “rubbed the wrong way” by those sharing the same space in church, and yet we are called to be one with them.  But how does one do that?  How does one create unity between persons who are so different?

Firefly shows us how—by being together and by sharing danger.  The shared dangers and crises they endured slowly moulded the crew of Firefly into a single group, a single body.  Their differences were not annihilated; each person was still very different from all the others.  But each had his own contribution to make to the common goal of survival.  And each was valued because of that unique contribution.  It is the same in the parish:  everyone is different, everyone is unique.  Everyone is valued.  But worshipping together Sunday by Sunday, and sharing the experience of striving to survive the challenges from the World, the Flesh, and the Devil, slowly mould us into a single body.  Joss Whedon, the creator behind Firefly, called this “creating family”.  We call it “living as the body of Christ”.

II – The Lies of Inara Serra

As said above, in the world of Firefly, Companions such as Inara were very respectable.  They were different than the usual prostitutes, being more like geishas.  They belonged to an exclusive guild, and had to be trained in music, tea-ceremony, and other cultural refinements before being certified as a Companion.  They were the ones who did the choosing of partners, selecting from among those desiring their services.  Unlike actual geishas, however, paid sex was a part of their work.

Inara, as a traditional Companion, is proud of her work and her status.  For her, sex is no big deal; it is simply a part of the honourable work of a Companion, and of no more moral significance than sharing tea in a tea ceremony.  Mal, however, is not so convinced.  As far as he’s concerned, she works as a whore (his word, objected to strenuously by her), and she should find other work.  He respects her, but not her trade.  Mal may have lost his faith during the failed rebel war, but something from his old Christian days clearly remains.

During one of the crew’s adventures, they are called to come to the rescue of a group of women who are being tyrannized by the main man in the town, the rich bully and mayor who has the whole town under his thumb.  The women needing rescuing are, in fact, prostitutes working in a brothel.  The women themselves are prostitutes of the usual and common kind, though their “Madame” is a former Companion, and friend of Inara’s.  She is the one who sent the distress call to Inara, and through Inara, to Mal and the crew of Firefly.  They come rushing to the rescue.  The stage is set.

The intrepid crew of rescuers soon find themselves outnumbered and besieged in the house where the women live.  They board up the windows, collect guns and ammo, and await the final dawn attack.  They may well die in the morning, and Mal is invited by the Madame to have sex with her during their final night.  After all, they may well all die in the morning.  Mal and Inara share an unspoken and unacknowledged emotional attachment.  Bluntly put, they love each other, though neither will openly admit to it.  But the morning after, when Inara finds Mal emerging from the bedroom of her friend, and realizes that they slept together, she professes to be fine.  She is completely Okay With It.

After all, for her in her profession, sex is not big deal, and has no moral significance.  She has no problem with someone she loves having sex with someone else.  She is An Adult, a Companion, a sophisticated person.  Sex is just sex, and does not involve emotional connection.  In her words, “One of the virtues of not being Puritanical about sex is not feeling embarrassed afterwards.  She’s well worth taking advantage of.  I sincerely hope you did.”  Good ol’ Inara.  A modern, liberated woman.

Cut to the next scene, and we see that Inara Serra told a lie.  We see her alone in her room, sitting on the floor in a corner, collapsed in grief, crying uncontrollably.  Maybe ascribing true and lasting significance to having sex is not “Puritanical”.  Maybe it is just human.  Maybe it is not okay for the man she loves to have sex with somebody else.  Inara’s training and the propaganda of her day might have proclaimed that sex had no moral significance, but clearly her heart knew better.

Setting the scene:  the Firefly ship containing Captain Mal and his crew is out of gas.  That is, the ship sustained an explosion which knocked out its power and its life-support, and everyone is rapidly running out of oxygen.  In a short time, if they remain aboard the ship, they will all die.  Mal therefore orders them into the two shuttles, and sends them out in opposite directions in the dim hope that they will find help.  He chooses to remain on board the Firefly in case someone passing by responds to the distress call which was sent out.  The crew, knowing the long odds against anyone responding in time, realizes that this choice of Mal’s to remain on board is a death-sentence.  One of them, Inara, says to him, “This isn’t the ancient sea—you don’t have to go down with the ship.  Mal, you don’t have to die alone.”  Mal looks at her at says, “Everybody dies alone.”

In Mal’s bittersweet riposte, we hear the ancient voice of mankind, labouring long and sorrowfully, the sad wisdom of a doomed race.  Mal speaks here with noble and courageous resignation in the face of the inevitable.  Mal is mankind, adrift in a tumultuous world, sure of little, except the truth that everybody dies, and everybody dies alone.  But Mal, for all his courage and nobility, has forgotten one thing.  He has forgotten Pascha.

Pascha reveals that we do not have to die alone, but that Christ our Lord, triumphant over death, is now the Lord of both the dead and the of living (Rom. 14:9).  A long tradition in the Church speaks of angels escorting the soul to its destination, a journey of joy for the saved whose hope is to “depart and to be with Christ” (Phil. 1:23).  Monastic literature is replete with stories of monks who at the moment of death stepped from the seen into the unseen world—not alone, but into a realm populated with spiritual powers.  One short example may suffice.  It is said that when Abba Sourous died and delivered up his soul “at once the angels received it, and choirs of martyrs led it up to heaven, while the other monks looked on and heard the hymns”.  Abba Sourous did not die alone.  By His death, Christ brought life and immortality to light through the Gospel (2 Tim. 1:10), and Abba Sourous died attended by a multitude of angels and saints.

In a way truer than she knew, Inara was right.  Mal, you don’t have to die alone.  None of us do.  Christ has risen from the dead, trampling down death by death, and upon those in the tombs bestowing life.

Please visit Straight from the Heart, where many more of Fr. Farley’s articles and thoughts can be found.  Since 1987 Fr. Farley has served as the pastor of St. Herman’s Orthodox Church, Langley BC, a parish of the OCA (Archdiocese of Canada).

This article was posted here with permission.