A Monk Defends the Marriage of the Clergy

If we are to understand the events at the beginning of the 4th century related to the above title, we need first to make a brief historical review of the issue of the ordination of the clergy and their married, or non-married life. Naturally, at the time when Christianity was becoming established in the world, the matter of the marriage of the clergy could hardly have been dealt with in the same way as it was later. 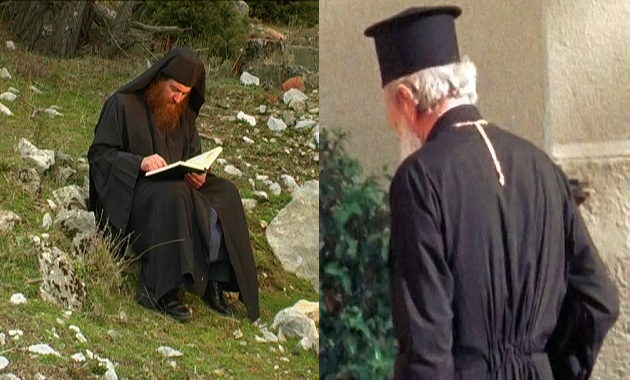 In the New Testament, and thus in the Apostolic Age, the only person to refer to it was Saint Paul. In his first epistle to Timothy, in chapter three, he mentions at some length the qualities required by anyone who “aspires to be overseer”, and that they should, in particular, be “the husband of one wife” (3, 2), that is, in their first marriage. And for deacons he says: “Let them be the husbands of one wife (3, 12). And in his epistle to Titus, (1, 5) where he orders that elders be appointed in every town, he makes it a condition that they must be “the husband of one wife” (1, 6).

In later years, the Church dealt with this question in a variety of ways, with a different tack being taken in the West, in particular. In Rome, Pope Callistus (217-222) according to his schismatic opponent Hippolytus (218-235) agreed that clerics of all three degrees could be married two or three times (that is in successive marriages), either before or after ordination. On the other hand, the Council of Elvira in Spain (ca. 305) adopted canon XXXIII, (concerning which there is a view [See Meigne “Concile ou collection d’Elvire,” Revue d’histoire ecclésiastique 70 (1975) 361-387] that it was formulated later) which says: “Bishops, presbyters, deacons, and others with a position in the ministry are to abstain completely from sexual intercourse with their wives and from the procreation of children. If anyone disobeys, he shall be removed from the clerical office”.

Slightly later than the Council of Elvira, the Synod of Ankara was held in the East (314). This granted deacons the right to marry, provided they expressed their intention before they were ordained. Also, at the Synod of New Caesarea (slightly later than that of Ankara), priests were forbidden to marry. According to modern historians, the decisions of these two synods indirectly show that in the years leading up to them , it was possible for deacons and priests to marry even after their ordination.

It is likely, though not conclusive that the evolution and dissemination of the idea of celibacy contributed to the adoption of these prohibitions.

The concept had become prevalent that a purer and better way of life could be achieved through celibacy. Given this notion, the clergy would obviously be obliged to belong to the unmarried class, since they performed the sacraments, particularly that of the Divine Eucharist, with the body and blood of Christ.

On the occasion of the convocation of the 1st Ecumenical Synod (325), it was proposed that celibacy should be implemented generally for all the clergy. Indeed, the impression had been formed that this suggestion would actually be adopted, despite the fact that the majority of the bishops present belonged to the married clergy. But this proposal was not carried, because of the intense opposition from Saint Paphnutius. Paphnutius was from Egypt [pa-ph-nuti (‘the [man] of God’ or ‘that who belongs to God’; cf. the Coptic name “Papnoute”], and we know nothing of his early life. When he became of age, he took the unmarried path and entered the ranks of the clergy. In 308, he was arrested, as a bishop, in the persecution under Maximinus II, surnamed Daia or Daza (308-313), and was condemned to an ore mine. He was set free in about 311. He then vacated his see and became a monk, in the manner of Anthony the Great. Because of his confession of faith, and the persecutions he had endured [for the faith he had suffered mutilation of the left knee and the loss of his right eye] he was held in high regard.

According to the Church historian, Socrates, at the 1st Ecumenical Synod he “declared at length”, that “the men in the priesthood should not have a heavy yoke set upon them”. His reasoning was that the “marriage-bed” was “honourable” and that he considered marriage “spotless”. Moreover, he emphasized that “excessive punctiliousness” would damage the Church.

Since the voice of Saint Paphnutius did not only “declare at length” but truly cried aloud, without any desire to make a show of sanctity, this was immediately accepted by the bishops at the Synod, since “they held their silence on this matter” considering any further discussion redundant.