But love as a criterion for behaviour is not concerned solely with good behaviour, but also with its opposite, that is sin. This can hardly be otherwise, since love is superior. 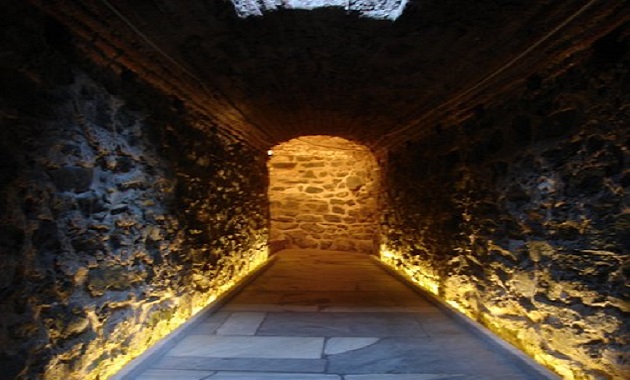 Of course, sin is a form of perverted love. This perversion consists of the inversion of the form of love revealed with the incarnation, which functions on the lines of: self-emptying, transfer, adoption. Sin is a form of false self-emptying which necessarily leads to self-serving and not at all to positive and creative adoption. Those who are adopted are not teated as people, but as objects to be exploited. But a real community cannot be created in this fashion because those who are being adopted eventually realize thay are being ill-used and refuse to continue. So in the end, sinful behaviour descends into self-adoption, which, naturally, leads not to community, but to isolation. But this reversion of love back onto itself, that is self-love, is nothing more nor less than egotism. Thus, where normal love leads to community and is enriched by this, sin consists, in essence,  in anti-communal attitudes and behaviour.

At this point, it ought to be mentioned that egotism in its absolute form as described above, i.e. in the universal rejection of everything, makes only a very rare appearance. Where this does happen, though, it contributes to a re-organization of people’s existence, which may result in reducing such sinners to a state of insanity. But even in its extreme form, egotism cannot be considered to be equal and opposite to love, but is rather a presence which opposes love, up to a certain point. Because, if sin really were equal and opposite to love, then the existence of the egotist, as we said above, would be transformed into non-existence. The impossibility of the annihilation of the egotist is due to the fact that the very essence of egotism, even in its most undiluted form, continues to be love, perveted though it is. This scintilla of love gives cohesion to existence.

Hell is the Result of Love

That hell is the result of love is more difficult to accept in the light of the previous paragraph, that sin is a form of love. The fundamental difficulty lies in the fact that, in people’s minds, hell has, of old, taken on a particular form, behind which lurks the view of a God Who punishes. This concept began with a heresy and was formulated as a result of an inability to understand.

The heresy is the so-called “restoration of all”, that is the belief that, in the end, both sinners and the Devil will receive forgiveness of their sins from God and will return to Him. Behind this notion is the view that God will act as a judge, and where Hell will be the terrifying place of eternal punishment for sinners, to which they will be brought with mourning and regret.

In other words, the “restoration of all” was conjured up in order to “resolve” the contradiction between the goodness of God and His righteousness.

The lack of understanding as regards Hell is of a similar nature, except that the starting point in this case is human experience. Today, in particular, when the death sentence has been abolished, many people find it impossible for someone who has sinned in time to be punished eternally.

The above notions about hell are not unjustified. Our Church, and very often for pastoral reasons, has often taught such a concept of hell. But it has also taught, though with lesser emphasis, that the real Hell is separation from God.