Everything starts with the meaning that each person gives to sin. If it is the breaking of a commandment, then people enter a legalistic relationship with God, in which, in the end, Hell is the natural concomitant for the transgressor. But if sin is a feature in an interpersonal relationship, in other words, if it is damage inflicted upon love, then the punishment is not something that comes from outside, but is the natural, internal concomitant of sin. 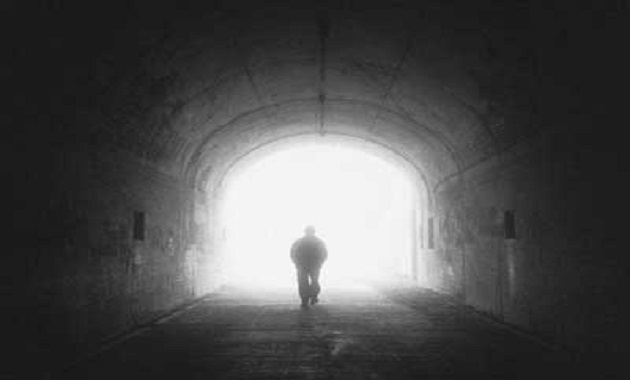 But in this case, it is not God Who punishes, but the misdirection of the love He gave to His creatures, and the cause of this can only be the creatures themselves, who, as people, are able to repent. This means that, if they are punished by their sins, they accept the punishment. In this instance, that is in each individual case, God cannot be regarded as the cause of the punishment, unless we go back and say that He is responsible for the way He created us: so that we would punish ourselves by our misdirection of love. But this would take us on to another category of ideas, which have no place in this particular article.

But love as punishment does not act only as a punishment, that is as the result of its corruption, but also positively, in the sense of the pain that this unabated flow of God’s love inflicts on the sinner.

Let us look more closely at the matter in the case of the Devil. Because the Devil wished to seize equality with God, he reached such a profound breach of love that he fell away, not only from communion with God, but also from that with the other evil spirits, and ended in a tragic form of isolation, which alienated him from his very existence; in other words made him live outside his intended destiny, that is, tragically.

This tragicality of the devil is further increased by the fact that, by seeking self-confirmation of his existence, or, in other words, a meaning for it, he made his criminal activity worse, while at the same time he realized that these activities of his were in vain, since love cannot be destroyed. So the Devil was drawn into a situation similar to the psychogram of a complex, where, like a second Sisyphus, he tries in vain to be fulfilled.

The worst thing for the Devil, however, is the unfailing love of God which is expressed towards him, since the Devil was, and continues to be, a creature of His. The love of God really is Hell for the Devil. Three reasons contribute to this. The first is that the Devil owes his existence to God, and continues to exist only because of Him Whom he opposes. The second is the sense of the pointlessness of rebelling against God, which is demonstrated by the fact that God continues to love him. This love of God, which has never been withheld, testifies in the most convincing way to the fact that the rebellion of the Devil never affected God in the slightest.

The third reason, which is linked to the preceding one, is what we would call the undischarged debt of the Devil towards God. If God had suspended His love for the Devil, as a form of punishment, then the Devil would have had some kind of satisfaction in receiving a punishment for his transgression, which, in turn, would have made him feel that in some way he had paid off his debt. The fact that God did not withhold His love and its presence, creates this burden of an undischarged debt, which, using the Scriptural phrase, recalls the fire of Hell:  “if your enemy is hungry, feed him; if he is thirsty, give him something to drink; for by so doing you will heap burning coals on his head” (Rom, 12, 20).

Something similar holds true as regards the so-called Hell into which sinners will be led in the last days. In the first place, we must make it clear that Hell is not something that will take place in the future, but rather that it begins in the here and now, since it is sin that creates Hell. Otherwise the famous question which starts from the Old Testament remains unresolved: “Why does the way of the wicked prosper?” (Jer. 21, 1), because, going by the reasoning above, the impression is created that sin is not, by definition, a tragedy.

The Hell experienced here by people who sin correlates to the extent to which they have misaligned love. This Hell consists of their greater or lesser inablility to communicate with other people, with their environment and with themselves. Their isolation is a form of spiritual death. And they experience this death for as long as they refuse to repent, that is to return to the realm of love.

In the last times, sinners will be placed in a position commensurate to the communication they had here with God. Their Hell will be dependent upon the distance they chose to put between themselves and God. And their Hell will be increased by the love of God, which He will never cease to pour out.

In this new and eternal form of life for the sinners, they will not feel unjustly treated, because they themselves will have chosen their position vis-à-vis God. But at the same time, there will be no repentance, because it would be impossible for them to have undergone any internal change and still to have rebelled against God. This, of course, does not mean that there will not be regret. But this regret will not lead to repentance, because it will not be associated with a reappraisal of their motives or their actions. In other words, they will wish they had not committed these actions, but will not reject the motives that led them to perform them.