“You wrap your meaning in as dark generality as any courtier”, says Saint Thomas Becket to the third tempter, in T. S. Eliot’s Murder in the Cathedral. This is, indeed, the temptation that follows the first phase (instruction) and the second (preparation), as regards the subject of preaching a sermon in the same church all the time. The annual cycle. A second or third year with the same Christians or a few more new ones. Gradually the repertory of the subject matter becomes exhausted. The need for clarity is a prerequisite. Intellectual integrity is a sine qua non for any communication with people you see not merely occasionally, but continually and on a daily basis. 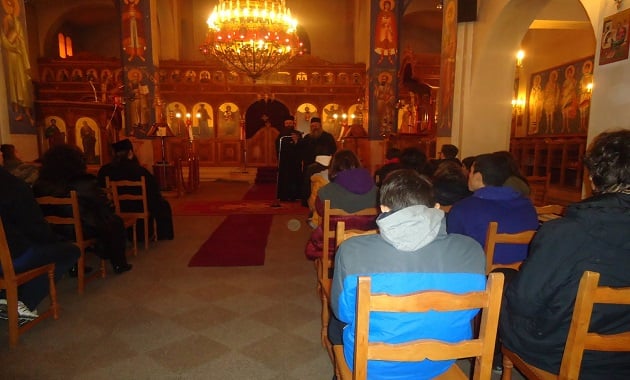 But everything’s been exhausted, and you were exhausted even earlier. Then comes the temptation of Saint Thomas: to wrap your meaning in dark generalities. The only hope of light is Saint Paul: “Therefore, brethren, rejoice in the Lord. To write this to you is no trouble to me and is sure for you” (Phil. 3, 1). What matters is to reassert what our Christians consider to be sure, that they should hear again what they’ve heard and know. And this depends on the confidence which has been built up between the shepherd and his flock.

4. What’s left is the best timing for a sermon

Although there’s no historical precedent, and based solely on today’s conditions, we’ve come to the conclusion that it should be just before the dismissal. At its “canonical” place, just after the Gospel reading, the congregation is largely absent. At the Communion Hymn it is a distraction and nuisance for those preparing to make their communion and there’s also the problem of babies crying! By a process of elimination, then, our solution is that the sermon should be delivered before the dismissal, since we consider that this moment in the liturgy is the most suitable at which to ask people to stay for another ten to fifteen minutes.

After all this, we come to the conclusion that:

If our congregation belongs to one of the three categories we mentioned above [part 1], it would be consistent not to have a sermon at all during the Liturgy. Since only the first group makes up the parish, it would make sense to have it with the coffee afterwards. In any case, the only way the priest has of communicating with the faithful in the second category is through those in the first.

So the “parochial” aim of the sermon is to increase the first circle at the “expense” of the second and the second at the expense of the third.

There are four general principles that need to be borne in mind:

a) People learn primarily from example and only secondarily from words.

b) People learn primarily from their own experience and only secondarily from example and words.

c) Always and everywhere there are three stages of awareness: the advanced, the average and the stultified.

d) Personal impact is very limited- no more than 12. Even the Lord Himself couldn’t achieve this. With three disciples, He clearly influenced the others. For us, this should work as a theological/historical ratio. The advanced should influence the average, the average, in turn, the stultified.

So, in the sermon, let us throw our weight behind the transfiguration of the “first circle” of aware and intelligent Christians. This is the decisive link. If we can manage that then these people will stop standing in the doorway. They don’t come in themselves and they stop others from doing so.