The Creation in Science and Orthodoxy – Part IV

Finally, in the second part of the sixth day the most magnificent event of the material creation took place on Earth. The Triune God, in a consultation, as it were, of the three Persons decided: “Let us make humankind in our image and likeness” (Gen. 1, 26). And He made the body of the first human, Adam, from the dust of the earth, and breathed into him the breath of life (Gen.2, 7). As is apparent from the whole text, Adam was made beautiful (“very good”, Gen. 1, 31) and profoundly wise (Gen. 2-18-20) as was Eve, of course. And they must have retained this beauty and wisdom even after they had been expelled from the earthly Paradise. This can be deduced from the information that, very soon after their exile, civilization made its appearance on Earth (Gen. 4). 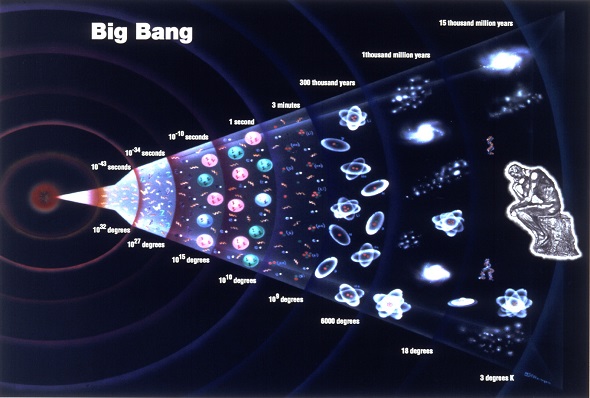 Let us now turn to the palaeontological finds. We should note from the outset that the definition of humankind in palaeontology is not the same as that in Holy Scripture. Because palaeontology completely ignores the meaning of the breath of life, which is the chief characteristic and quality of the human race. But how can the breath of life be measured scientifically? There are entities which cannot be approached with the scientific method. They are revealed only to the humble. Entities not of this age or of the rulers of this age, who are doomed to pass away (I Cor. 2, 6).

The Scriptural description of Adam in the paragraph before the last prevents any identification of him with the ugly simians of palaeontology, such as the so-called Neanderthal and others. All of these should be considered as species of monkeys. Of necessity, Adam must have belonged to the species which palaeontologists call Homo Sapiens. If we accept this, then we can expunge all substantial disagreement between Holy Scripture and palaeontology concerning the age of the human race and the first social structures on the Earth.

So material creation, which was made from the beginning to be subject to decay[1], at some stage received its “suzerains”, the human race, who though themselves mortal would have been able to live eternally, if they had kept the first and only commandment.  But they didn’t… and the Lord knew that they wouldn’t.

Then, after some thousands of years, God Himself came to this infinitesimal blue speck, the Earth. The Lord Jesus Christ Himself. This time not merely to create through His word, not to shape with His hands, but to struggle, to suffer and to bleed, so that He Himself could pay the ransom and liberate humankind from the tragic condition into which it had plunged itself.

I would dare to say that the original creation was of no cost to the Triune God. Re-creation, however, came at the cost of divine blood. And, in a curious way, we people, who, with our first and consequents sins were to blame for causing the whole tragedy, didn’t merely return to our former position, but were glorified: “We have received the spirit of adoption, in which we cry; Abba, father” (Rom. 8, 15). And in the end, we’ve been promised that “we shall be like Him, for we shall see Him as He is”.

There were three reasons behind the decision to translate this article. In the first place, it is fascinating in itself. Secondly, it is appropriate to this season of Lent, when we read the Genesis account of creation. And, in the third place, Professor Gounaris, like His Eminence Nikolaos (Hatzinikolaou) of Mesogaiou, one of whose articles was translated recently, is an eminent scientist. As were, for example, Saint Luke the Physician of Crimea and the late Metropolitan Anthony Bloom. It is particularly important, in the climate of today, when we are constantly being told that science has “disproved” the claims of Christianity, to have distinguished people of science who are also persons of faith and are willing and able to speak out in support of the Church. In the Early Church, the main threat came from the established pagan religions, and was met by the martyrs; later the threat was from heresies and was met by the Fathers; today the threat is more insidious and part of it is a concerted effort to make Christians seem naïve and obscurantist. This is harder for our opponents to achieve when they have to acknowledge the scientific standing of some of the Church’s members.[JWL]