“You were taught as a kid

about the enmity with the Heavens

and what it is that

brings the mind into darkness…

you followed the signposts

that pointed west of Eden,

and were dragged along right down to nothing,

you worshipped every New Age totem…”

Lyrics from “From Death to Life” 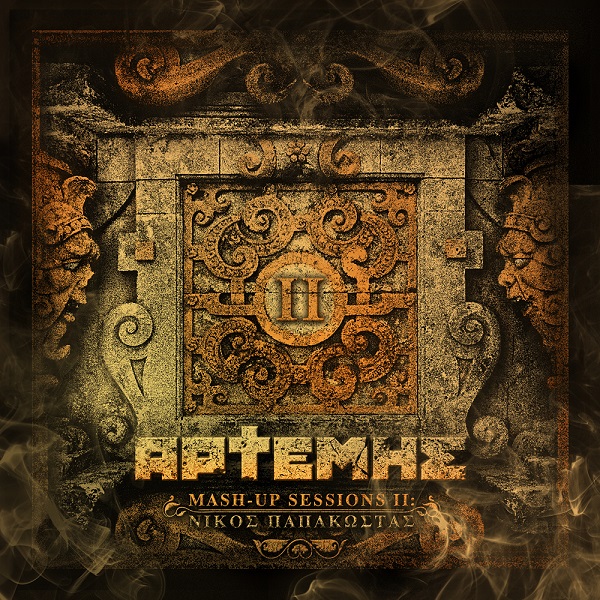 Artemis, a pioneer of hip-hop in Greece since the 90s and a long-time favourite here at Pempotousia, introduces his new recording with the words above. And if the lyrics are the quintessence of hip-hop, in Artemis’ case, they begin with the paradoxical, the contradictory and the subversive and arrive at the spiritual, the natural and the composed.

Deep reflection, introversion, condemnation of hypocrisy and pride, a war against the passions, spirituality, love peace, and sanctity are notions which we’re accustomed to seeing in Biblical and Patristic texts and in the hymnography of the Church. Their contents bring people to a change in their inner world which assumes earth-shattering proportions. And yet, for people today, these truths are ‘in small print’, and are equated with a lukewarm religiosity.

This is not a phenomenon of our age particularly. Habit, the established way of doing things, the self-evident, as well as spiritual self-sufficiency always create conditions for complacency, sloth and idleness. The passion of Socrates, the seminal discourse of Heraclitus, the Prophets, personalities such as Saint Symeon the New Theologian or the Fools for Christ all aimed at stirring up the stagnant spiritual and social waters, in whatever ways  were appropriate to the times in which they lived.

This is what Artemis’ hip-hop is about. It’s not confined to a perpetual ‘whingeing’ condemnation, but actually offers alternative routes and another kind of proposal: ‘I’m telling you, I’m not inspired by television pap, but by lights of the spirit, such as the Kollyvades’ [of course, in Greek, pap, lights and Kollyvades all rhyme].

Pemptousia is a window open onto spirituality, knowledge, light and anything else that indicates that above and beyond the facile, the easily-digested, there’s also the path of seeking and of reflection. With this in mind, through the internet radio pemptousia.fm, it has produced and issued a new CD, entitled: ‘Artemis, Mush-Up Sessions II: Nikos Papakostas’.

This is the second part of a series of Concept discs where, this time, Artemis collaborates with the multi-award-winning Greek composer Nikos Papakostas.

The recording comprises seven tracks, the basis of which is Old School Hip Hop, while five of the tracks will revive memories of the era of Terror X Crew, where the tempos and style of the tracks work along the musical lines of Boom Bap and Breaks. In the other two tracks on the recording, you can make out Artemis’ musical interpretations, since one is in the Ambient/Dub style (indeed, the lyrics are in Ancient Greek and have to do with the philosophy of Heraclitus), and of course there was no chance that there wouldn’t be one track without the heavy guitars and vocals of Metal.

Mash-Up Session II, like all of Artemis’ personal recording efforts,  has brought together musicians from a variety of genres, among those who’ve collaborated in the recording being Yeoryia Kalafati (Sugahspank), Manthos Steryiou (Tardive Dyskinesia), Evita Benetatou, Anastasia Zanni and the DJ Ever B.

The orchestration, recording, production and mixing of the disc were undertaken entirely by the duo of musical producers Junior SP and Dimos Markos, while the mastering was done by Dimos Markos in Block 25 Studio.

The list of tracks of Mash Up II Sessions is as follows:

For a foretaste of the new CD: