The good Samaritan, Who saved mankind from the wounds inflicted by the robbers, has Himself fallen into their hands. Around the Lord there were seven types of evil-doers. The first is represented by Satan, the second by the elders and leaders of the Jewish people, the third Judas, the fourth Pilate, the fifth Barabbas, the sixth the unrepentant robber who was crucified with Him and finally, the seventh, the robber who repented. Let us reflect for a moment on this band of evil-doers, among whom hangs the Son of God, crucified, wounded and bloodied. 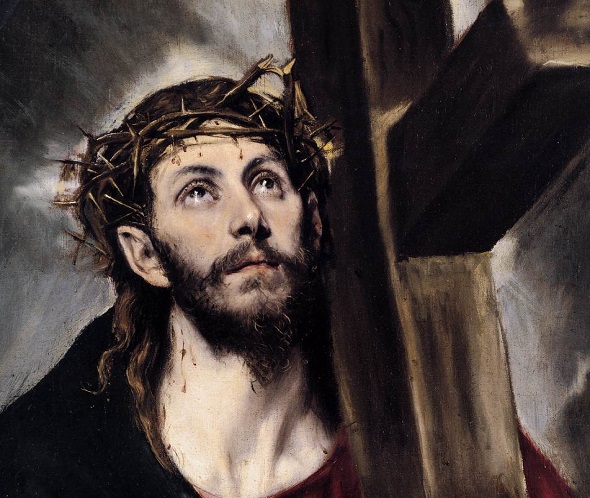 The first is Satan. It’s he who wishes to do the greatest harm to the human race. He’s the father of lies, the most evil of evil-doers. The temptations he employs to distress people and make them do evil are two in kind: he tempts them with comforts and distresses them with trials. At the beginning he tempted Our Lord on the Mount of Temptation with promises of comforts, power and wealth; now, at the end, he distress Him with torment, with the passion. When his first temptations failed miserably, he left the Lord and departed far from Him. But he didn’t abandon Him completely, though; he left merely for a time (Luke 4, 13).

That period had passed and he now presented himself once more. On this occasion he didn’t need to appear openly, in full view. This time he could work through people. He made use of the sons of darkness who, blinded by the glorious radiance of Christ, delivered Him into the hands of Satan. And he, in turn, used them as a weapon against Christ the Lord. And he was right there with them, in every tongue that blasphemed against Christ, in every mouth that spat on His most honourable face, in every hand that scourged Him and set the crown of thorns on His head, in every heart that burned with envy and hatred towards Him.

The second is a group of evil-doers, the elders of Israel and the political, religious and spiritual leaders. These were the Scribes and Pharisees, the Sadducees and the priests, headed by King Herod. Envy and fear drove them to commit this crime against the Lord. They were consumed with envy because the Lord was wiser, better and more powerful than them. They feared for their positions, for their authority, for their glory and their wealth, if the people were to side with Christ. This is why they shouted: “Do you see that you’re gaining nothing? Look, people are going after him” (John, 12, 19). This was because of their fear, their weakness and their envy.

The third of the evil-doers was Judas, in appearance the disciple but in essence a brazen traitor. Satan took part in the unjust shedding of Christ’s blood out of hatred for God and for humankind. The elders and leaders of Israel participated out of envy and fear. Judas forms part of the company of Satan and the elders of the people through greed. His crime consists in the fact that he betrayed his Teacher and Benefactor for thirty pieces of silver. He later acknowledged his error to the same elders who had bribed him to commit the betrayal in the first place. ‘I sinned in betraying innocent blood… and casting away the pieces of silver in the temple, he departed and, having left, hanged himself’ (Matth. 27, 4-5). His wretched death is testimony to his tragic mistake. As the Acts of the Apostles say of him: ‘and falling headlonghe burst open in the middle and all his bowels gushed out’ (Acts1, 8). After he’d hanged himself, his body fell, his abdomen split open and his bowels spilled out.