Saint Memnon the Μiracle Maker is not mentioned by any chronicler. By local tradition, this Saint was one of the “three hundred” Palestinian refugees who arrived in Cyprus during their expulsion from there by the Saracens. After arriving in Cyprus, Saint Memnon became a hermit at the site known as “Vounarkes” west of Famagusta, where the suburb of “Agios Memnon” in Famagusta is now, in the Turkish-occupied area. 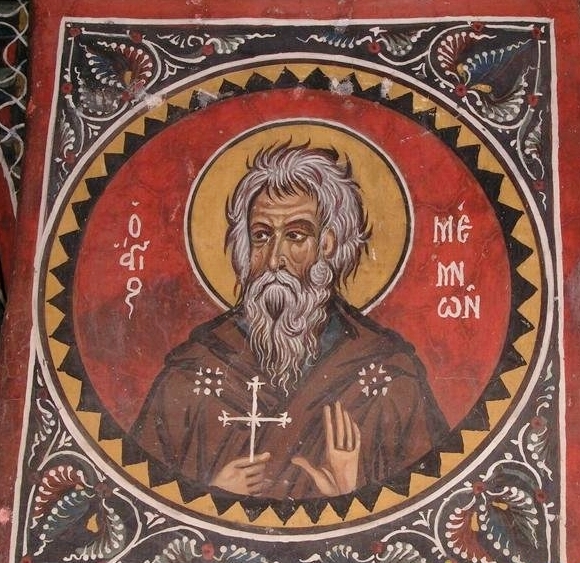 After the death of the Saint, the local Christian residents erected a beautiful church in his name, which survives to this day. Until 1974, for some reason, this church celebrated his memory on Palm Sunday. However, the memory of Saint Memnon the Miracle Maker, is celebrated by the Orthodox Church on April 28th.