The Patriarch of Alexandria on the Holy Mountain

In accordance with Athonite protocol a warm welcome was accorded by the Holy Supervisory Committee and the representatives of the monasteries to Pope Theodoros II, Patriarch of Alexandria and All Africa, who is making a visit to the Holy Mountain. He was received in Karyes. A doxology was celebrated in the Protato, at which the Chairman of the Supervisory Committee gave a welcoming address to His Beatitude. 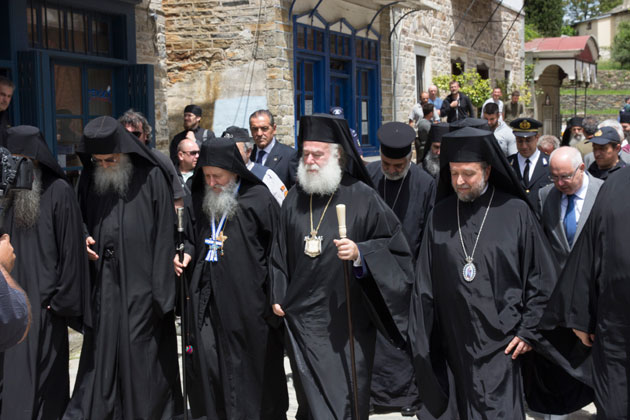 In his reply, the Patriarch referred to his spiritual ties to the Holy Mountain and to the opportunity which was being given to him today to complete the visit which Patriarch Petros, his much-lamented predecessor on the throne of Alexandria, was unable to make. 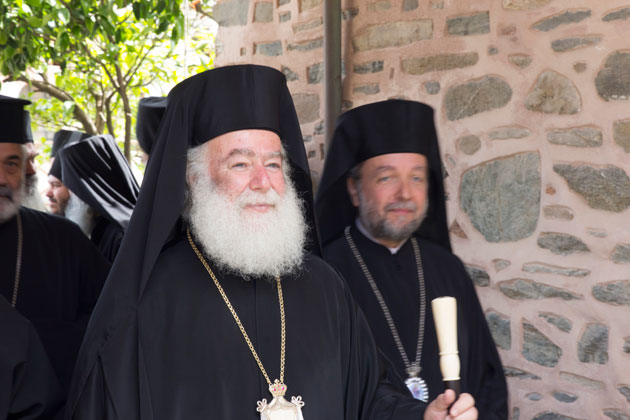 After Athonite refreshments in the Reception Rooms of the Holy Community, the Patriarch was addressed by Metropolitan Apostolos of Militos (Miletus), who stressed the canonical and spiritual contribution of the Holy Mountain to the cause of the Ecumenical Patriarchate and conveyed the greetings and blessing of the Ecumenical Patriarch, Vartholomaios. In the afternoon the Patriarch visited the Holy and Great Monastery of Vatopaidi, where he will preside at the feast of Saint Yerasimos Palladas. 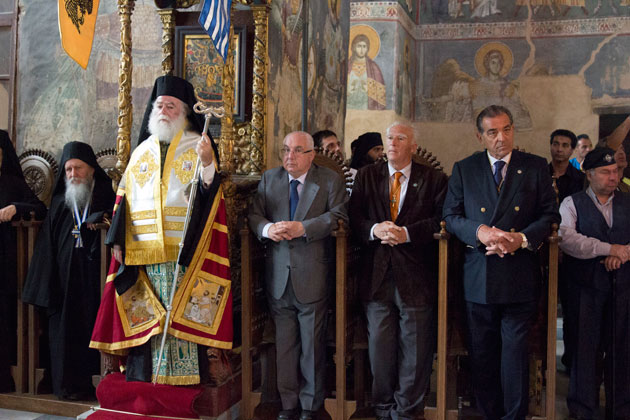 It is worth mentioning some points of the Patriarch’s speech, at which he highlighted the close ties and spiritual kinship between the ancient Patriarchate of Alexandria and the Holy Mountain. He stressed that, on coming to the Bower of the Mother of God, his overriding feeling was that of being a monk. He went on to refer to the contribution of Athonite fathers in the great task of mission which is being carried out in Africa. Many monks and hieromonks from the Holy Monasteries and Sketes of Athos, three of whom are bishops, provide Orthodox witness every day, preaching ‘by word and deed’, and baptizing a host of people in the name of the Holy Trinity. 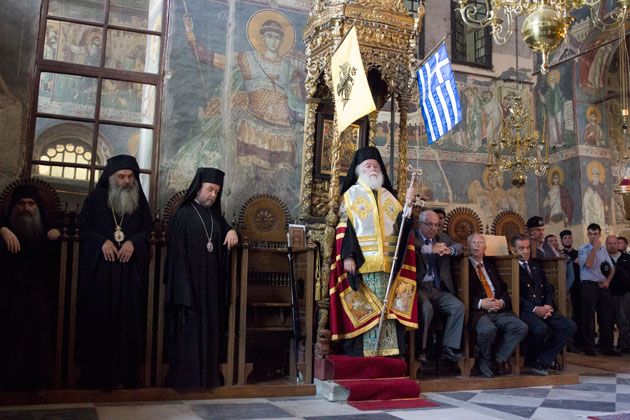 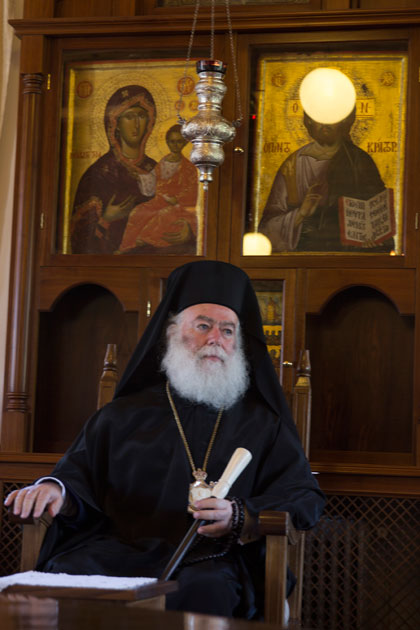