The Pope and Patriarch of Alexandria at the Monastery of Vatopaidi 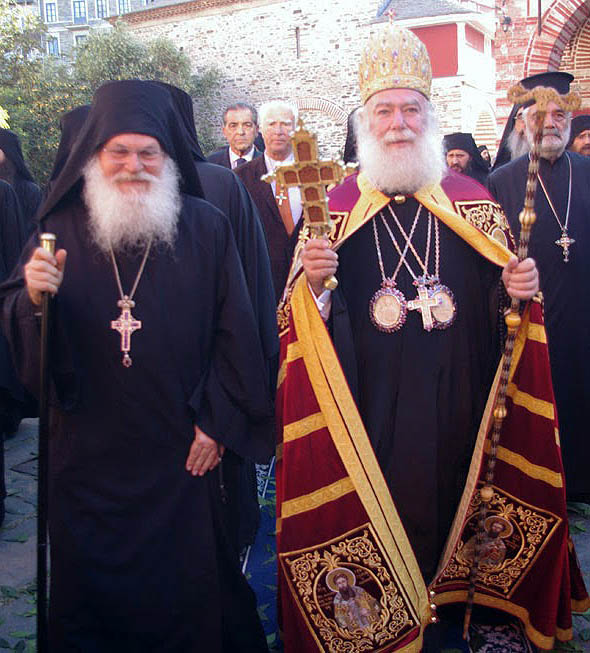 The Pope and Patriarch of Alexandria, Theodoros II visited the Holy Monastery of Vatopaidi on Friday, 16th of May, on the occasion of the 300th anniversary of the departure from this life of Saint Yerasimos Palladas, Patriarch of Alexandria (1630-1714), who lived the last years of his life in the Monastery, dying there in 1714.

Saint Yerasimos II Palladas, Patriarch of Alexandria, who lived in the 17th century, is one of the most outstanding scholar bishops of the period of Turkish rule. He remained in relative obscurity for many years, even though he was distinguished for his holiness and the power of his personality, as well as for his multi-faceted spiritual activities. 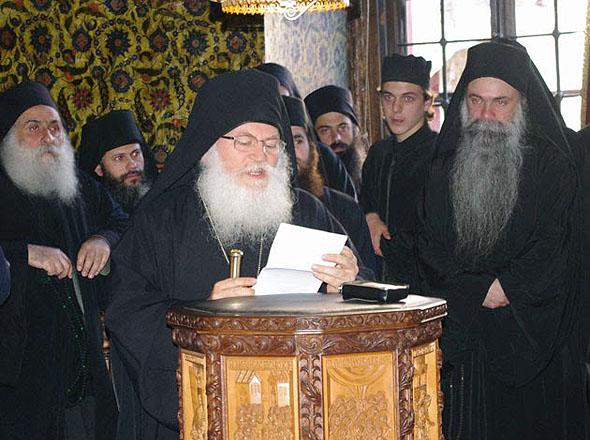 His memory will be celebrated with a festal vigil tomorrow, Saturday 17 May at which His Beatitude Pope and Patriarch Theodoros II of Alexandria will preside. 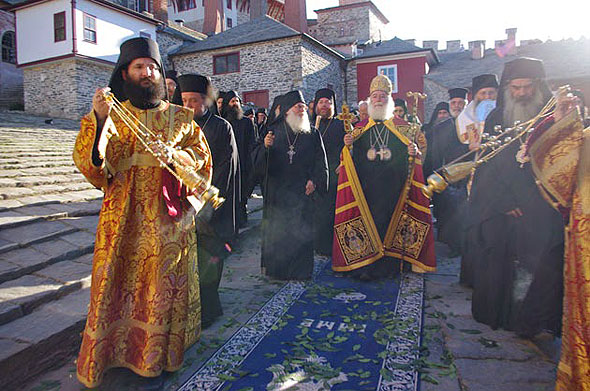 At the close of the doxology, His Beatitude conducted a memorial service for the late Vasieilos (Kolokas), Metropolitan of Elassona, who fell asleep in the Lord this morning. The late Metropolitan had once been a monk in the Monastery of Vatopaidi.

Thereafter they repaired to the Great Common Room of the Monastery where a reception was given for the Patriarch and his attendants. The Patriarch was honoured with the presence of Metropolitan Apostolos of Militos (Miletus), the representative of Ecumenical Patriarch Vartolomaios. 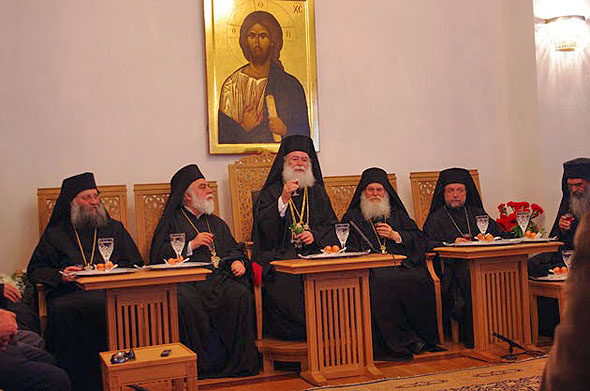