‘It’s wonderful to be with Christ’ 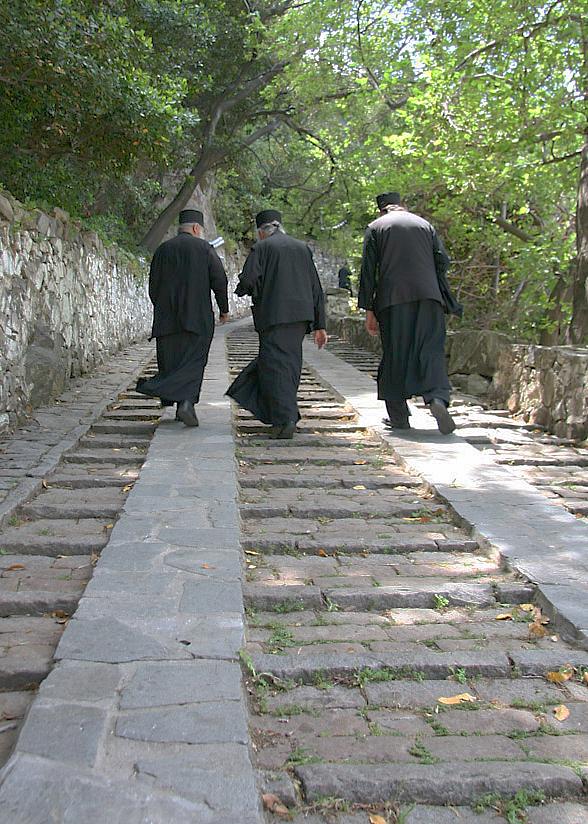 In March 2001, the monthly periodical Tolmi, with which I was collaborating at the time, asked me to do an interview with the now late, but then Abbot of the Holy Monastery of Grigoriou on the Holy Mountain, Archimandrite Yeoryios (George) Kapsanis. Before the interview, the board of the periodical told me that the late Abbot was someone who had abandoned life in the world, even though he had an assured and bright future [as an academic] and that the then, now late, Archbishop [of Athens] Christodoulos had proposed to the Standing Holy Synod [of the Church of Greece] and the Hierarchy, that Abbot George be included in the list of those eligible for election to a bishopric, though Abbot George had not requested this. [A consummation devoutly to be wished. There are on Athos, and in other monasteries in Greece, a large number of able monks who would make a very valuable contribution to the Church of Greece (as opposed to the Church in Greece) as bishops if they could be persuaded to leave their monasteries WJL].

The following is an extract from the interview.

Tolmi: How do you explain the fact that many young men today are leaving the secular life and coming to the Holy Mountain?

Abbot George: What happens in people’s hearts, as regards their relationship with God, is a mystery that’ll always be inaccessible to any form of sociological research. There’s a secret inclination towards God in people’s hearts and each person who recognizes it responds as they see fit. You might say that the young men who seek a perfect Christian life and don’t find it in the world, have recourse to the Holy Monasteries, where they find their soul’s desire. Those who don’t accept that people are- more than anything else- theological beings and can be understood and can find rest only in their maker and creator, will never understand a young person’s decision to leave the world and go into a monastery … The monastic state of the Holy Mountain and the other Holy Monasteries ‘inks in the road to repentance’… Repentance for us Orthodox is the beginning, but there’s no end to it. We have to repent all our lives, for our own sins and for those of the whole world. 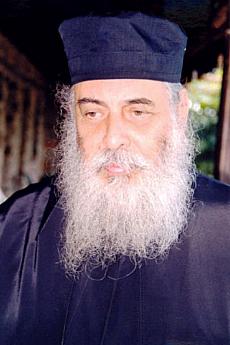 Tolmi: In what ways can the Church reach out to young people? Do you think there should be some limits to these ways?

Abbot George: The way to reach out to young people and to everyone else, is sanctity. When I say sanctity, I don’t mean perfect sinlessness, but repentance. When people repent and struggle to be united to Christ, this resonates in other people’s hearts and it orientates people of all ages towards Christ. If we offer young people a cheap substitute for Christ, they’ll be disappointed by both Christ and the Church… I sense that we have a great responsibility for the young people who are coming to the Church in great numbers today, depending on whether and how many of us are able to offer them genuine spiritual nourishment…

Tolmi: Your name’s been included in the list of those eligible to be elected to a bishopric. How do you see the bishop today and how do you feel about such a prospect?

Abbot George: What I’d like, and what I’ve decided is to live my earthly life as a hieromonk in the monastery of my repentance… I don’t think I’m qualified to describe what a bishop should be like today. It seems to me that the old and the modern bishops of the Church who were and are renowned for their sanctity are the best indication of what we should expect from a true bishop. Just as the saintly monks, priests and lay people show us how we, too, should live our lives.

Tolmi: How did you decide to become a monk? Was it a spur of the moment thing or a life-time decision? Did somebody encourage you or were you influenced by a particular event?

Abbot George: I’d rather not talk about personal matters. I believe that our Holy God brought me to the monastic state through the prayers of our Most Holy Lady. I’m eternally grateful to the Lord for this blessing and particularly for that fact that I came to live in the Bower of Our Lady. Just before he died, Father Symeon, a humble monk who fell asleep in the Lord a few months ago in our monastery, was asked where he was and he replied: ‘Now I’m with Christ’. When you’re with Christ, it’s wonderful. No matter where you are, Athens Thessaloniki, the Holy Mountain. It really is wonderful to be with Christ, wherever you are…

Abbot George fell asleep in the Lord on the Sunday of Pentecost, 2014 and was buried on 9th of June. 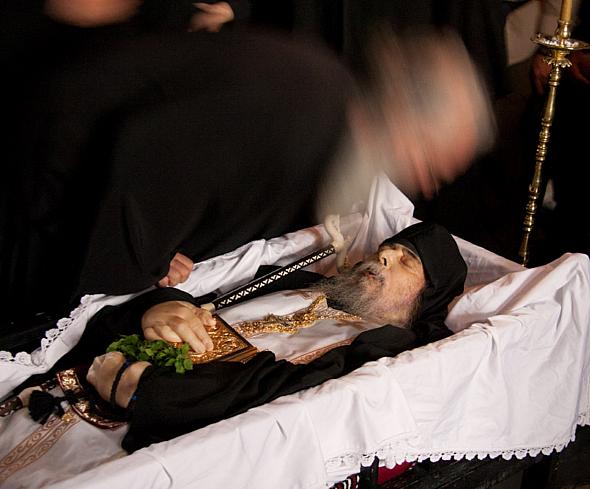