The holy metropolitan Gregory the Teacher was born into a blessed family in Bucharest, in the year 1765, and was given the name Gheorghe (George). The young George (Minculescu) studied at the most famous schools of the time, such as the Saint Savva Royal Academy, acquiring an excellent education and serious theological grounding.

At the end of his studies, he left with two fellow students and friends to go the monastery of Neamț which was then under the direction of the great Paissy Velichkovsky. In 1790, he was tonsured a monk with the name Gregory and, since he knew Latin and Greek was given the obedience of translating a number of writings from the holy fathers. A few years later, together with a friend, a monk called Gerontie, he was sent to Bucharest, where he was entrusted with the care of the library of the metropolis. 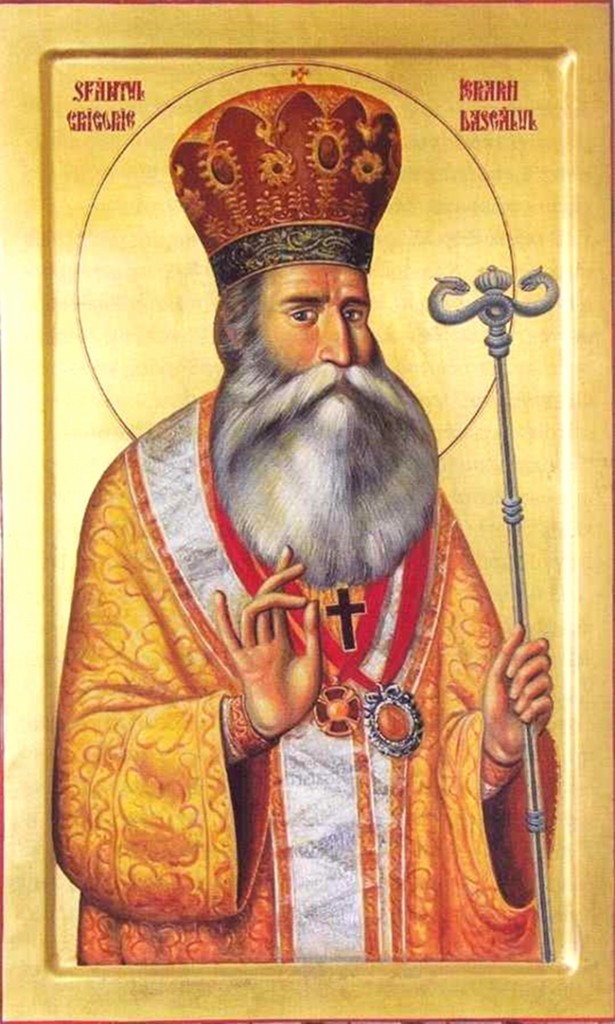 From here he later went to the Holy Mountain where he lived for a time in the region of Kalamitsiou, which belongs to the Holy and Great Monastery of Vatopaidi.

In the year 1812, Saint Gregory left Athos and returned to the monastery of Neamț, where he continued the task of translating and printing sacred books. He remained there until 1820, when he returned to Bucharest. For a while he stayed at the monastery of Antim and then settled in the monastery of Căldăruşani, 30 kilometres to the north of Bucharest, a monastic centre with the Athonite typiko or rule, established some decades earlier by another disciple of Saint Paissy, Abbot George from Cernica. Here he lived humbly in a small cell where he had a plank covered with woven straw for a bed, a blanket, a table, chair, icon and two bags of books.

In 1823, the Prince of Wallachia, Grigore Dimitrie Ghica, who had heard of Gregory’s humility and wisdom, summoned him to Bucharest to appoint him to the metropolitan throne of Hungro-Wallachia, although he was still only a hierodeacon at the time. The saint was reluctant to agree, but did so. He refused, however, to travel in the carriage sent by the voevod and set out for Bucharest on foot. It’s reported that when night overtook him on the road, he sought hospitality at the house of a priest in a village close to Bucharest, but that when the latter saw an ordinary monk, dusty from the road, he wouldn’t let him into the house and sent him to sleep in the stable. Later, though, when the same priest came to kiss the hand of the new metropolitan, as was the custom, he recognized him. The priest could hardly control himself and trembled with fear. Saint Gregory also recognized him and said gently: ‘Never fear, father. Your reverence’s pigs were very proper’. And nothing more was said.

His enthronement took place on 11 January, 1823. When the prince gave him the bishop’s staff he said the words: ‘Not to him who ran, nor to him who begged, but to him whom God blessed’. As metropolitan, Saint Gregory appointed bishops to the dioceses of Argeș, Râmnicu and Buzău, built churches and founded schools in villages and towns. At his instigation the Seminaries of Bucharest, Buzău, Curtea de Argeș and Râmnicu were founded. He took particular care of the poor, the widows, and children. He began repairs on the metropolitan church in Bucharest, which were completed a few years after his demise. He also published lives of the saints in 12 volumes. In 1829, Saint Gregory was exiled to Bessarabia by the Russian establishment. It was not until 1833 that he was permitted to return to Bucharest, and, on 22 June, 1834, he fell asleep in the Lord at the time of a vigil. He was buried in the archiepiscopal church in a place he himself had selected, under the roof of the church on the north-eastern side of the sanctuary, on a level with the apse of the preparation. 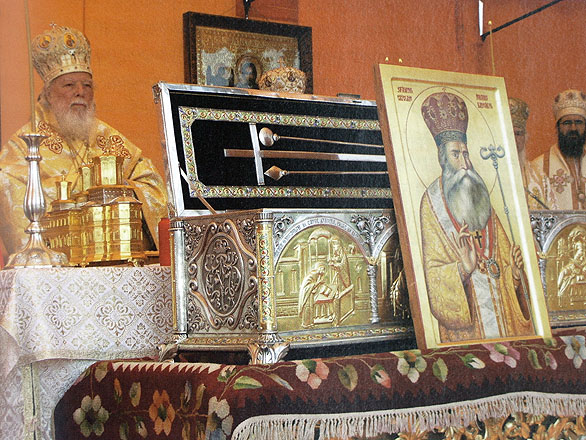 The day of his canonization, 21 May 2006. The Divine Liturgy was celebrated outside the cathedral church of Ss. Constantine and Helen, in Bucharest

At a session on 20/21 October 2005, after a report by the Theological and Liturgical Committee and on the recommendation of the (now late) Patriarch Teoctist, in his capacity as Archbishop of Bucharest and Metropolitan of Muntenia and Dobrudja, the Holy Synod of the Orthodox Romanian Church approved the canonization of Metropolitan Gregory the Teacher, with the general honour of hierarch and the title: Hierarch Saint Gregory the Teacher, Metropolitan of the Country of Romania, inscribed in the calendar of the Orthodox  Romanian Church on 22 June with a black cross, simple, as a saint with hymns at Mattins. 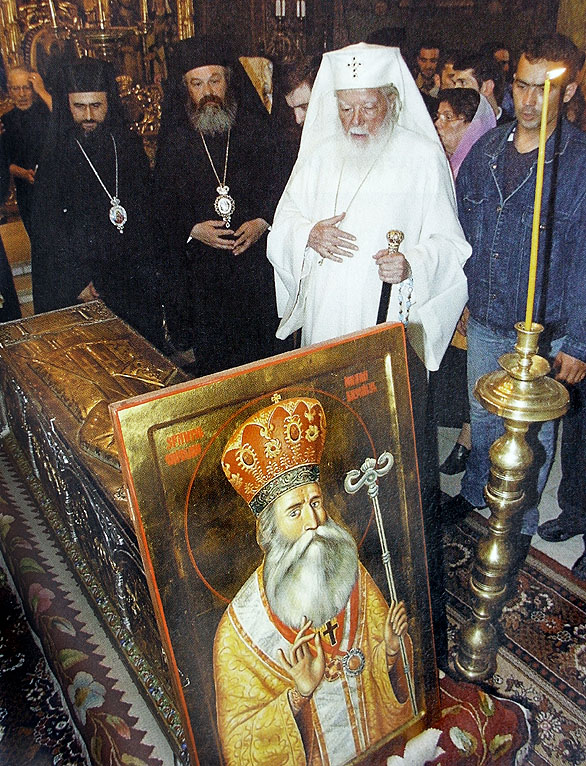