The saints of the poor: Saints Anargyroi – 1st of July 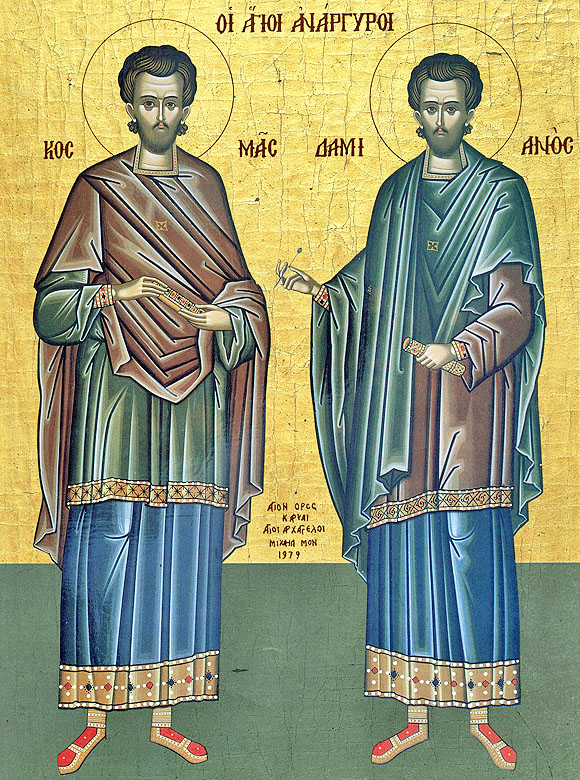 In our church we have many cases of saints who put into practice the Lord’s words, “heal the ill… as you freely have received, so you freely have to give” (Matt. 10.8). The most typical examples of this attitude of life are undoubtedly The Saints Anargyri, named so because they offered medical services to their fellow humans without receiving monetary compensation.

There are many saints who received this characterization (Cosmas and Damian, Cyrus and John, Panteleimon and Ermolaos, Samson and Diomedes). They are honored and called for intercession in the offertory (Proskomidi).

The honored Saints Anargyri Cosmas and Damian were from Rome. They lived during the reign of Emperor Carinus (283-284) and were famous doctors, who only wanted to get paid by the faith in true God. Envy, though, by the idolaters and their colleagues for their successes, led them being charged of witchcraft. In the interrogation and threats that followed, they did not renounce their faith and healed even the king himself.

The ecclesiastical tradition says that the latter switched to Christianity along with his family and leaved them free. But the one who blamed them sought to exterminate them. So he asked them to go up with him in a mountainous area to collect herbs, where they were put to death by stoning. 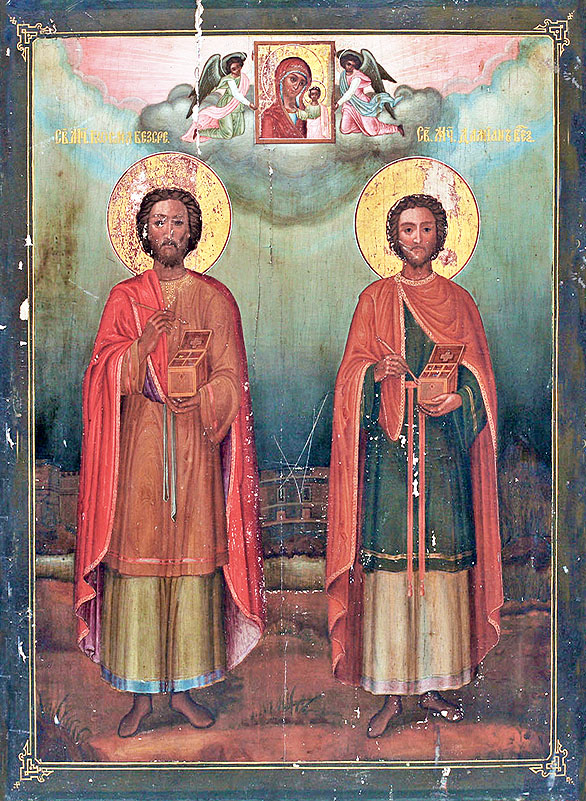 Let us hope, at a time when human health has fallen into rampant commercialization, along with other commodities, that their example inspire professionals involved in human suffering to offer their work in solidarity and altruism for divine like. We also hope that their prayers will multiply those who work selflessly to care for the economically weak people and ensure their needy brethren.