Testimonies about the Elder Seraphim of Vyritsa

During the time of the war, I was on the frontline. In 1944, I was wounded and they sent me home. I’d heard from a number of people that there was a priest living in Vyritsa [almost half-way between Saint Petersburg and Novgorod], Father Seraphim (1866-1949), who had the gift of precognition and that a lot of people went to him for his blessing and to listen to his advice. I had a serious question and wanted to go to the Elder to hear what he’d have to say to me, but I never could find the opportunity. Once- it was a Sunday- I was near the railway station, and went to ask what time the train left for Vyritsa. They told me it was leaving in a quarter of an hour. I got a ticket and left on it. On the way, I started to have doubts- ‘It’s two hours away, my skirt’s not warm enough, I’ll freeze and it might rain. What I’m doing really isn’t sensible’.

But I decided to go on anyway. I got to Vyritsa and there I met an old friend of mine whom I hadn’t seen for 14 years. She was so pleased to see me. She’d rented a cottage in Vyritsa and invited me to go home with her. I said, ‘I’ve got a job to do here. I’ll go and finish with that, then I’ll come to you’.

She said she’d get something ready to eat and would be expecting me. She also said she’d send her daughter to pick me up. I thought, ‘Well then, the Lord’s given me a place to stay the night and something to eat as well’. 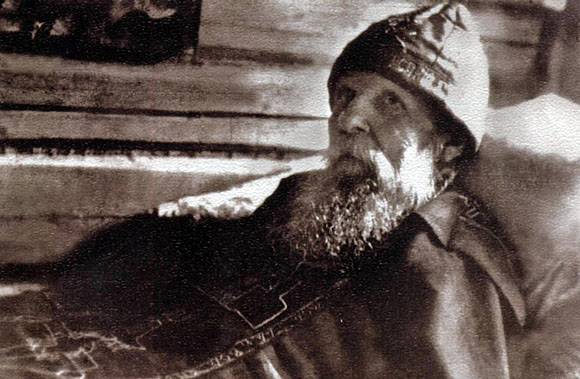 When I got to Father Seraphim’s house, there were about thirty people waiting for him. The Elder first received the priests and then it was our turn. The Elder wasn’t feeling very well that day and so Sister Seraphima told us to write our questions on bits of paper and she would take them in to the Elder. When she returned she said to us. ‘Today some very good people came. The Elder’ll pray for all of them and wishes them all the best for the feast (it was a Sunday). And he’s given all of you answers, written on paper. And he’s also given each of you a blessed loaf of bread’. To me and another woman he gave two loaves, saying that they were for the sick. The other woman said at once. ‘And how does he know that I’ve got four sick people at home?’

But I didn’t understand at all why he’d given me a second loaf, because I didn’t know anybody who was sick. Still, I took the piece of paper and the loaf and thanked Sister Seraphima. I didn’t like the Elder’s answer. A man had proposed to me and I’d asked the Elder if I should accept. The piece of paper the Elder sent back said, ‘The Lord will show you the way Himself’.

‘What sort of an answer’s that?’ I thought. ‘And how am I going to find that way’? 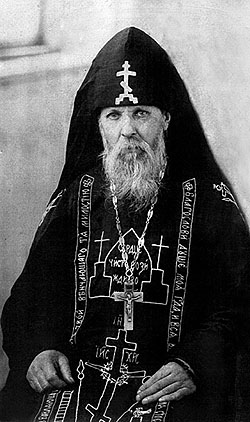 I went back home and found a letter addressed to my fiancé. I don’t read other people’s mail. But then I thought it might be important and that it’d be a week before my fiancé came by. So I opened it. The letter said that his wife had had a son. So, the Lord showed me the way, whether or not I should marry the man.

The next day, I phoned a friend of mine and she started complaining straight away. ‘Where’ve you been? Not even a phone call. My mother’s been in hospital for two weeks now and keeps asking for you’.

I went to visit her mother in hospital the same day and she said to me, ‘I’ve been waiting for you. I really need you. My family (her son and daughter) are Communists, so there’s no point asking them. Go to the church and ask the priest to say a prayer for me. I’m having an operation the day after tomorrow. And, if you can, get a blessed loaf’.
‘I’ve already got one’.
‘How did you know?’
‘Father Seraphim gave me it and said it was for the sick’…

There was one woman, a spiritual child of Fr. Seraphim, who was suffering from a really serious illness. She wanted very much to visit the Elder’s grave. To get to the church where the cemetery is, she had to walk two kilometres. It took her nearly the whole day to make the distance. When she got to the grave, she started to cry, unburdening herself to the Elder. She spoke to him as if he were alive. When the time came for her to leave and walk all the way back home, she thought she probably wouldn’t make it. Suddenly she saw an elderly man. He greeted her and gave her a couple of biscuits and two little pieces of sugar. She ate them and returned home with no difficulty at all. She was left without the slightest trace of her old illness. 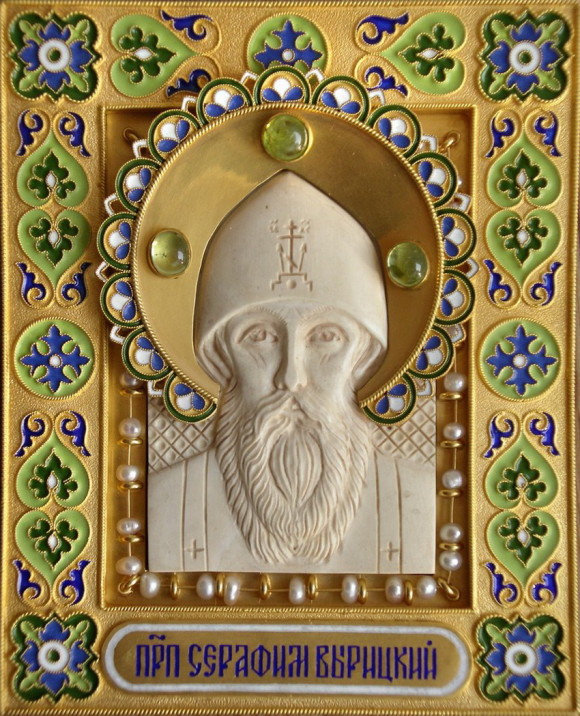 There was a woman who’d had an intense pain in her left leg since she was a child, because at the time of the war, when she was just a little girl, she’d been badly injured when a bomb exploded nearby and broke her toes. She got osteomyelitis and was tormented by it for all of forty-two years. She’d had numerous operations but none had done any good.

On 22 May, 1983, when the Orthodox Church of Russia celebrates the translation of the relics of Saint Nicholas, Archbishop of Myra in Lycia, this woman was praying in the church of Saint Nicholas, in front of the icon of the saint. All of a sudden, a woman she didn’t know came up and told her to go to the grave of Fr. Seraphim in Vyritsa. With great difficulty she walked from the railway station to the church of Our Most Holy Lady of Kazan, where the Elder’s grave is. As soon as she approached the grave, she realized that the pain that had been tormenting her all those years had left her. That night, for the first time since the accident, she slept well, without any pain. Since then she’s gone to Vyritsa regularly to visit the Elder’s grave and find consolation. 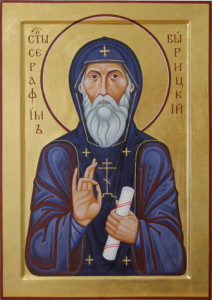 In 1952, a woman who was thirty-two years old fell ill. The doctors diagnosed with bowel cancer and told her she’d have to have surgery very soon. Before the operation, they sent her to a sanatorium, which happened to be in Vyritsa and she learned all about Fr. Seraphim there. With great difficulty, she managed to get to the church of Our Most Holy Lady of Kazan, where the cemetery is. She knelt before the Elder’s grave and said, ‘Father, you know what my problem is, you can see that my strength’s failing. Help me to get well, sinner that I am’.

A priest had started drinking. And twice he saw Fr. Seraphim in a dream telling him in no uncertain terms: ‘You have to stop drinking’. But he didn’t. Then the Elder appeared to him and said, ‘If you don’t stop drinking, you’re going to die’.

Even that didn’t stop him.

After a short time he fell ill and the doctors told him he had cancer. Then he started to cry and repent. But it was too late to save the situation, the disease spread and soon, as Fr. Seraphim had foretold, the priest died.