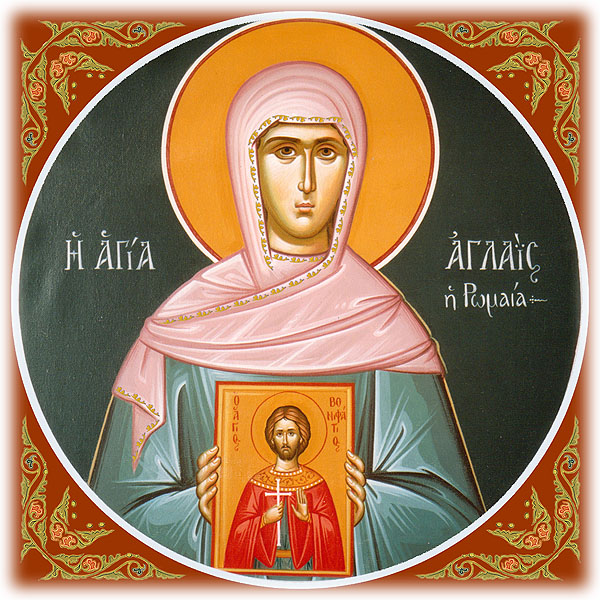 Aglaïa was a prosperous woman who lived in the region around Rome in the time of Diocletian and had Boniface as a slave. Bonifatius was her steward, very good-looking in appearance, generous to the poor and kind-hearted, but with a liking for drink and debauchery. They soon fell in love and had a clandestine relationship, since the difference in their social station would not permit any thought of marriage. 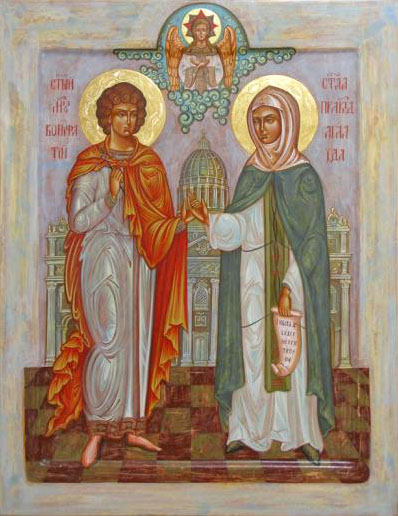 But they both became believing Christians and therefore had regrets about their relationship. As they were seeking a solution, they heard that persecutions were being carried out in the East against Christians. So they decided that Boniface should go there, find relics of martyrs and bring them home, so that the blessing of the relics would exonerate them from the guilt they felt.

Aglaïa provided companions, money and supplies and preparations were made for the journey. But when he was ready to leave, the good-hearted Boniface turned to his mistress and asked if she would accept his own bones as holy relics and honour them. She thought this was one of his usual jokes and paid no more heed as she sent him on his way.

After a long and tiring journey, the fellowship arrived at Tarsus in Cilicia, where they had been told that a great persecution was being carried out against the Christians. After they had found an inn and were preparing to rest, Boniface said he was going out for a walk in the town, to see what was going on.

So he went out and asked where the Christians were being martyred. “In the stadium”, came the reply and he went there straight away. What he found was a real place of martyrdom, with a host of Christians being tortured and taken off to martyrdom by the soldiers. When he ran to kiss and honour the martyrs who were about to die, he presented himself before the chief of the persecutors and declared that he, too, was a Christian and wished to be martyred. The officers sent him away, but he insisted to such an extent that he annoyed them and, in the end, they arrested him. After subjecting him to many harsh trials, they then decapitated him. 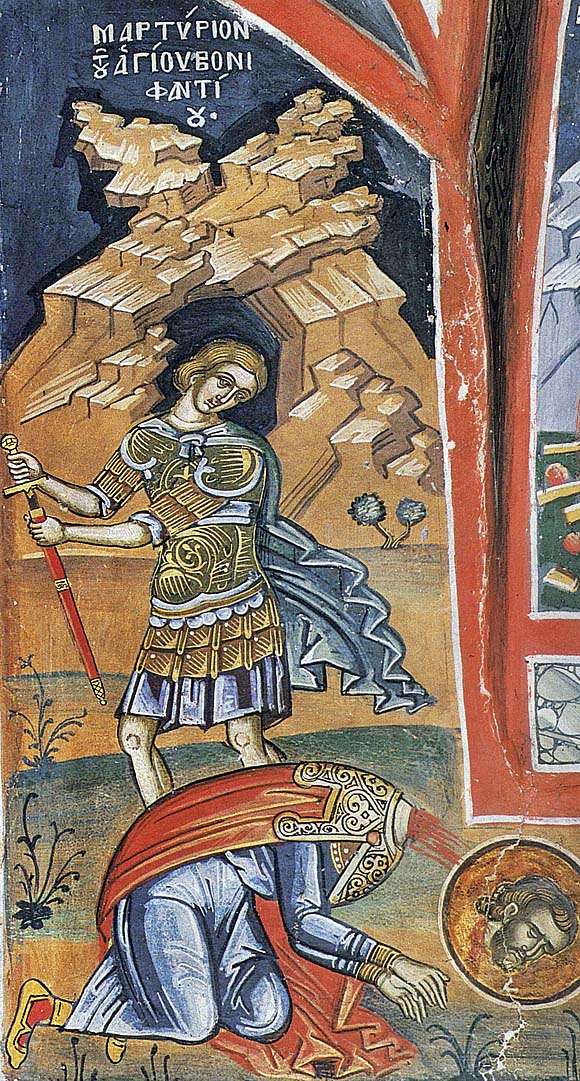 Time went by and Boniface’ companions at the inn awaited his return. In the beginning, they thought he was out having a good time in some tavern or brothel. But when he still was not back much later, they decided to go out and search for him. When they asked people and described him in detail, they found out that he had gone to the stadium. And once they got there, it was not long before they learned the truth. 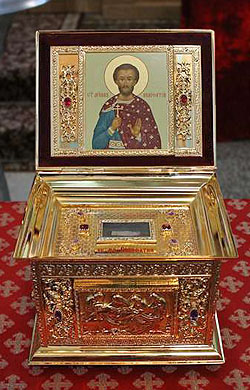 They grieved bitterly and found both his head and his body. Having bribed the soldiers guarding the inanimate corpses of the martyrs, they took Boniface’ body and set out on the return journey.

Back in their homeland, they gave Boniface’ relics to his mistress. She at once remembered the last words of her beloved, mourned him and then built a beautiful church on the spot where they buried him. She herself spent the rest of her life in this church, doing only good works. When she, too, departed this life, they buried her next to Bonifatius. Both of them later were responsible for great miracles.

The Church honours them on 19 December.