Together with those of religion, political differences have fuelled outbreaks of violence of great intensity and barbarity in human history. Murders, cold-blooded executions, slaughters, torture and revolting crimes have been called into play to support ideologies which all- at least in theory- propose a version of systems that will make citizens happy. 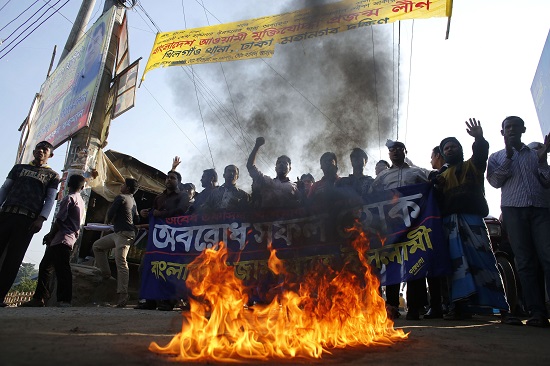 It’s a sad truth that people attempt to base their uniqueness and their personal worth through differentiating or contrasting themselves to other people. So diversity becomes a red flag and a reason for people to hate each other. Since political convictions/ideology are fundamental features which determine people’s personality and world-view (as of course is religion) it’s reasonable that they should form a basic criterion through which people sort others into ‘friends’ and ‘enemies’ and adapt their behaviour accordingly, with great cruelty towards the latter group.

Since yesterday[1], after the murder of a human being, Greece is living in rhythms of tension and frustration. It’s fundamental that everyone remembers that the investigation of the case and rendering responsibilities belongs to Justice, which is being called upon to look into the event and its parameters in depth, in accordance with the rules of our law. But beyond the actual facts of the case, what is, in the end, the important thing is Greek society’s take on the whole occurrence, the impact and reactions that followed. There are plenty of people who fear that the existing tension may lead to widespread episodes that will traumatize society deeply and will perhaps lead to situations beyond control. Particularly, since Greece is a country with a turbulent, long-suffering political past. Riots, dictatorships and an internecine civil war have left indelible marks and have shaped specific political reflexes among the Greeks.

What’s certain is that hooliganism in political life is a particularly dangerous phenomenon which threatens the stability of the polity, the quality of democracy and, in the end, the security of the citizens. A person cannot be targeted and have his body and life under threat because of his political convictions and activity. Nor it is allowed for despair, attempts and the expression of opposition to what’s happening, as well as political differences to result to crime.

Violence isn’t a means of letting off steam, but yet another problem which isn’t merely added to the existing ones but has its own dynamic that is difficult to thwart. In the Greece of the crisis, indeed, where poverty’s knocked at the door of many and financial difficulties the door of the majority, the choice of violence can only make things worse. If only for clearly utilitarian reasons, in difficulties, people need to show solidarity and compassion. Strength in unity and mutual assistance are the only way.

Ideologies and party formations should function in the service of the Constitution and the needs of citizens. They aren’t an end in themselves, not the absolute truth that’s worth ‘sacrificing’ a fellow human being for. In any case, if we look at the problem from a theological point of view, the only person you can sacrifice for the sake of Absolute Truth- which isn’t an ideology but the Person of Christ- is yourself. Or you can sacrifice yourself for the sake of your neighbour, whom you see as an image of God.

In today’s times, in particular, when we’ve lived through the failure of all the ‘absolute’ ‘salvational’ political ideologies and systems, there’s no excuse for wearing blinkers. And much less room for even more violence. Citizens, showing maturity, having learned from the many mistakes of previous generations in political history, must find common denominators and create a common front against the crisis. You can’t build any structure for progress on the foundations of violence.

[1] The article was written and published in the Greek section of Pemptousia on September 23, 2013, after the murder of Greek singer Pavlos Fyssas. The crime has been considered as an expression of extremist violence and the relevant case is pending in the Greek justice system.