Venerable Xenophon and Maria of Constantinople, with sons Arcadius and John

Saint Xenophon, his wife Maria, and their sons Arcadius and John, were noted citizens of Constantinople and lived in the fifth century. Despite their riches and position, they distinguished themselves by their simplicity of soul and goodness of heart. Wishing to give their sons John and Arcadius a more complete education, they sent them off to the Phoenician city of Beirut. 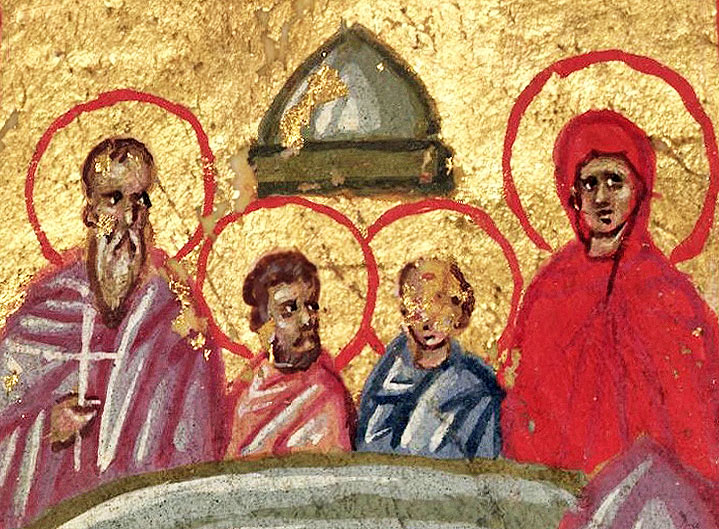 By divine Providence, the ship on which both brothers sailed was wrecked. The waves tossed the brothers ashore at different places. Grieved at being separated, the brothers dedicated themselves to God and became monks. For a long time the parents had no news of their children and presumed them to be dead.

Xenophon, however, already quite old, maintained a firm hope in the Lord and consoled his wife Maria, telling her not to be sad, but to believe that the Lord watched over their children. After several years the couple made a pilgrimage to the holy places, and at Jerusalem they met their sons, living in asceticism at different monasteries. The joyful parents gave thanks to the Lord for reuniting the family. 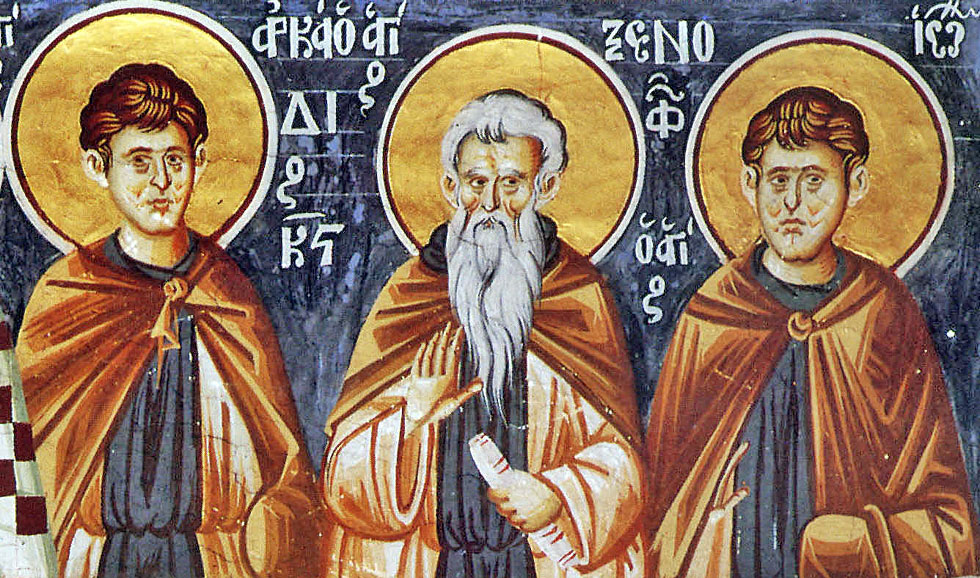 Sts Xenophon and Maria went to separate monasteries and dedicated themselves to God. The monks Arcadius and John, having taken leave of their parents, went out into the wilderness, where after long ascetic toil they were glorified by gifts of wonderworking and discernment. Sts Xenophon and Maria, laboring in silence and strict fasting, also received from God the gift of wonderworking.