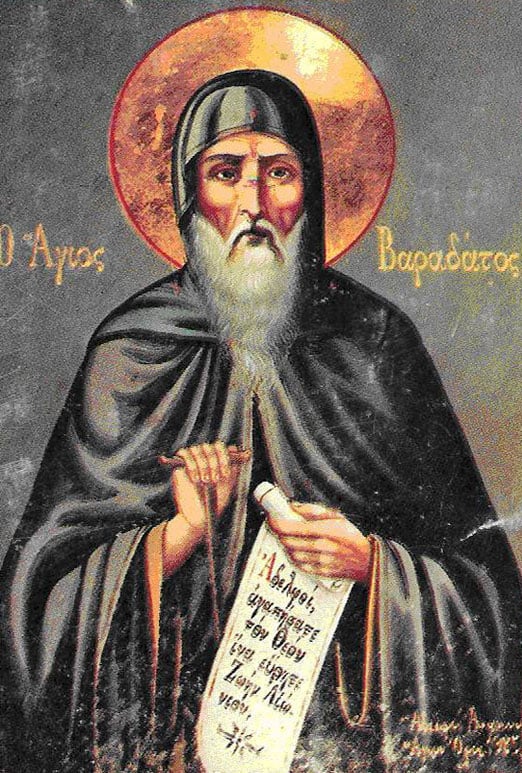 Saint Baradates the Syrian began to live as a desert-dweller in a hut near Antioch.

He then built a stone cell upon a hill, so cramped and low that the ascetic could stand in it only in a stooped position.

It had neither window nor door, and the wind, rain and cold came in through the cracks, and in summer he was not protected from the heat.

After many years, Patriarch Theodoretos of Alexandria urged the monk to leave the cramped hut. 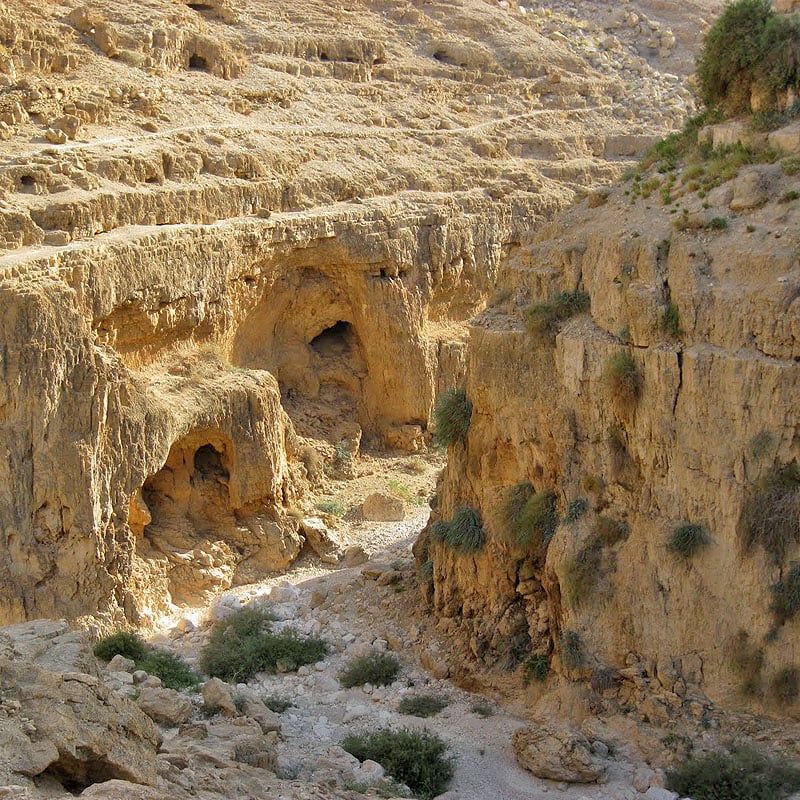 Hermit Caves in the Syrian desert

Then the saint withdrew into a new seclusion: covered in leather from head to foot with a small opening for his nose and mouth, he prayed standing with hands upraised to heaven. 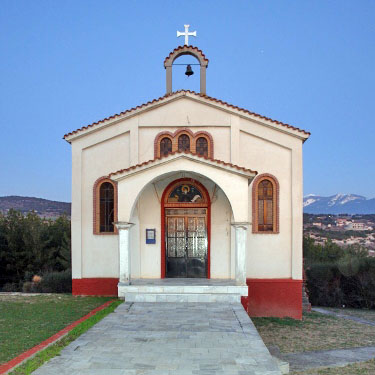 The grace of God strengthened him in his works and purified his heart from passions. People began to flock to him for spiritual counsel, and St Baradates with deep humility guided them.

Having acquired many spiritual gifts, St Baradates departed to the Lord in peace in 460.