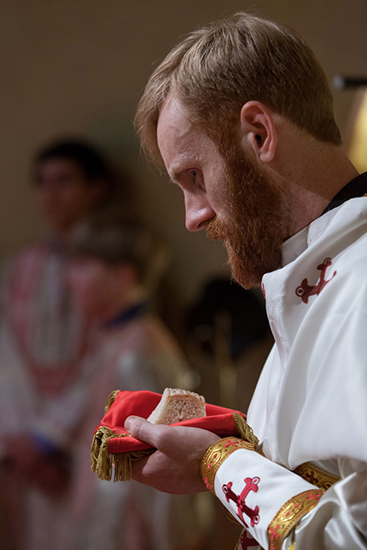 This is one of the last sermons Fr. Matthew Baker wrote before his tragic accident occurred.

1. Cain in his anger has slain his brother Abel. He is far from the presence of the Lord, a wander and a fugitive: lost in the land of Nod – “the land of wandering.” He is east of Eden: fixed at the point of departure, with no direction. But rather than accept the Lord’s promise of protection (Gen 4:15), Cain seeks a place of security apart from God. He founds a city, and calls it “Enoch,” meaning “discipline,” “utilization.” Cain, the son of Adam: the first murderer; the founder of the first city. 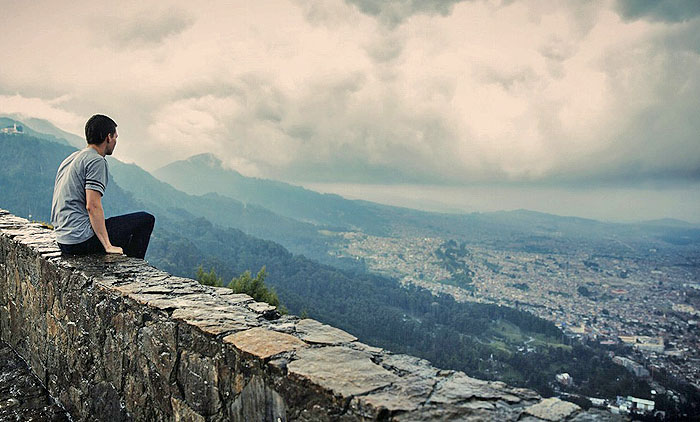 This is the anti-Eden: an economy, a social order, all of man’s making. Cast out from God’s kingdom, Cain founds his own kingdom – a kingdom without God. With Cain’s descendants, Jabal, Jubal, and Tubal-cain, come the marks of civilization: agriculture, fine art, technology (Gen. 4:20-22). But, as the story of Lamech shows, these benefits are accompanied by a continued pattern of vengeance and bloodshed (Gen. 4:23-24).

2. This story indicates for us the deep moral and spiritual ambiguity – to say the least – which surrounds the city and all that it represents. All human communities, even those with the greatest achievements of human culture, are disfigured by sin. There is no civilization in the history of the world that has not in some way been built and maintained by a flight from God, by idolatry and brutality, the exploitation and killing of other human beings. This pattern is confirmed by the two cities mentioned next in the book of Genesis: Babel (Gen. 11) and Sodom (Gen. 13-14; 19).

As disciples of Jesus Christ, our task, however, is not to flee from this dark city, but to be his witnesses within it. During Lent, we prepare for that time when we will follow the Lord into the city, for that hour when he will say to us: “Behold we go up to Jerusalem; and the Son of man will be delivered to the chief priests and scribes, and they will condemn him to death, and deliver him to the Gentiles; and they will mock him, and scourge him, and kill him; and after three days he will rise” (Mk. 10:33-34).

And after three days he will rise. In these words springs the substance of all our hope, for in them stands the promise of an end to Cain’s city, indeed to all the tragedy of history. In this season of repentance, we are reminded that “here we have no lasting city” (Heb. 13:14). We struggle harder to answer a resounding “No” to that tempting offer for which Cain fell: power and authority, the kingdoms of this world, in exchange for the worship of the devil (Lk. 4:5-7). We can do this because we know that, in the cross and resurrection of Jesus, the city of Cain has already had its judgment: already the “prince of this world,” who was “a murderer from the beginning,” is “cast out” (Jn. 12:31-32; Jn. 8:44).

4. The city of Cain, the kingdom of Satan, cannot stand (Mt. 12:25-26). But neither is our end to be found in a flight from history, an escape from the city. For if the story of Scripture, which is ourstory, began with a garden, we know that it will end, not with a garden, but with a city: even the holy city, the new Jerusalem, “coming down out of heaven from God, prepared as a bride adorned for her husband” (Rev. 21:2), and in the midst of her, the tree of life (Rev. 22:2).

And just as in the Exodus into the promised land the people of Israel brought with them the spoils of Egypt (Ex. 3:21-22), the silver and the gold gathered in the land of their affliction, so also into this holy city “the kings of the earth shall bring their glory” (Rev. 21:24): “whatever is true, whatever is honorable, whatever is just, whatever is pure, whatever is lovely, whatever is gracious, if there is any excellence, if there is anything worthy of praise” (Phil. 4:8) – all things of beauty and genuine creativity which have been made or accomplished within the city of man, shall in some way be found in this new Jerusalem, the city of the living God. The human polis and all that it represents – human history, human culture – is not only judged; it is also cleansed and sanctified, redeemed –if only now “in hope” (Rom. 8:24; cf. 8:25).

“What shall pass from history into eternity?” asked Fr Georges Florovsky, of blessed memory. “The human person with all its relations, such as friendship and love. And in this sense also culture, since a person without a concrete cultural face would be a mere fragment of humanity.”

5. Truly, “the stone which the builders rejected has become the cornerstone, and it is marvelous in our eyes” (Mt. 21:42). Through his suffering and death at the hands of the city, and through his resurrection, Jesus Christ has not only undone man’s attempt to found a city without God; he has also become, in himself, the beginning of a new polis – a new human community.

The city of Cain was founded upon the blood of Abel, crying out for vengeance from the ground (Gen. 4:10). But the city we await, the city of the living God, is founded upon a “blood that speaks more graciously than the blood of Abel” (Heb. 12:22-24), speaking a word, not of vengeance, but forgiveness and resurrection. Cain is avenged sevenfold; the vengeance of his city is magnified by generation; his descendent Lamech is avenged seventy-sevenfold (Gen. 4:24). Entrance to God’s city, Jesus Christ tells us, is bought with mercy, the forgiveness of debts “seventy times seven” (Mt. 18:22; cf. 18: 23-34).

Of this coming city we are citizens, of this blood we partake, when we gather together in love in the Eucharist. And though the world does not know it, it is this city that holds the world together, as the soul holds together the body (Epistle to Diognetus, 6). In the Church’s Eucharist, we “taste and see” (Ps. 34:8) already – as in an icon, veiled under signs – that glorious future the Lord has prepared for his creation. Let us, then, love one another, and seeking that “city which is to come” (Heb 13:14), receive him – with the prayer of the Spirit and the Bride upon our hearts: “Come, Lord Jesus!” (Rev. 22:20).