In the context of “Person and Violence” serie, Pemptousia has the honour to present an interview with Mr. Robert Örell from Sweden, a man whose work and experience in deradicalization is so emblematic and substantial that he was invited for his expertise by US President Obama in the recent White House Summit for Radicalization. Mr. Örell works as Director at Exit Sweden (headed by Fryshuset), a project aiming to help and provide support to those who wish to leave nationalistic/racist/nazi oriented groups and movements[1]. 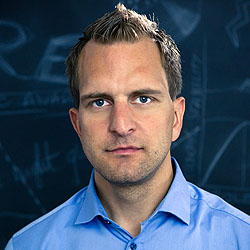 He has a personal background story related to the White Power movement, high-lighting reasons that lead young people to radicalization, but above all proving that there can be successful transformation. With more than twelve years of experience on work with disengagement from political extremism and criminal gangs, he participates in national and international networks that are focused on knowledge sharing and best practices within the field of radicalization, disengagement and intervention. He has arranged several international conferences and workshops and he is adviser on the work of setting up Exit organizations in a number of countries. Since 2012 Mr. Robert Örell is a member of the Steering Committee of the European Commission’s RAN (Radicalization Awareness Network) co-chairing the working group on De-radicalisation. A member of the European Management Group for the EU project ISDEP (Improving Security by Democratic Participation), during 2014 he supervised the work at the family support hotline project Sy.Realize. His studies include social pedagogy and basic psychotherapy training.

1. How was Exit -Fryshuset established in Sweden?

Actually the first Exit program started in Norway in 1995 by two researchers at the Norwegian Police Academy College. They saw a need to support people wanting to leave the Norwegian White Power movement and set up the program. In 1996 they arranged a conference where a couple of people from the Swedish NGO Fryshuset attended. One of them was a former participant from the Swedish White Power movement. Fryshuset got inspired and thought that this is something that we could do. So in 1998 Exit Sweden was sett up. The main difference between the Swedish and the Norwegian Exit programs were that the Norwegian staff was university academics and the Swedish staff was a mixture of individuals with own experience from the white power movement and professionally trained social workers.

2. What is the idea and principle behind an EXIT programme?

The idea is to support individuals who are motivated to make a change and leave the White Power environments. Since the target group is not a homogenous group in terms of age, level of activism, experiences or distance from society we have adapted the support to be individually based depending on the unique situations and circumstances around the individual. So we try to make the work based on a couple of different aspects. One would be the division of what the client has to do himself/herself, the other is what type of support we need to deliver in terms of counseling and practical assistance and the third is where we need to consult others, primarily statutory and different agencies.

3. The programmes run regard prevention of radicalization to violence and deradicalization. How would you evaluate their success in Swedish society?

Looking at prevention of violent radicalisation there´s a great need to form the programs out of knowledge and awareness about how individuals get involved and radicalized into these environments. Looking at the more successful interventions they have a individual adapted focus supporting the individuals out of the specific situation that they are involved in. all of this to make interventions close to the real lived world of the client and based on the needs and circumstances that’s critical right here and now.

As the only organization in Sweden working on disengagement from White Power groups we would be alone with this kind of support and organized interventions. On evaluation it seems a key to success in out work is focused on three different levels (identified by PhD student Tina Cristiansen at the University of Roskilde who´s writing about the work of Exit Sweden): the importance of a shared past. Having personal with own experience makes the initial contact easier and makes the clients to feel comfortable in talking about their experience. Most often they come from an environment and worldview that consist of conflict, war state-of-mind and black/white thinking. So to meet them where they are and offer a meeting with someone who understands out of a share past seems important. Second the role of having a non-judgmental approach is important. The engagement in violent extremist environment is highly stigmatized by society. So meeting the clients with non-judging attitudes is important in avoiding going into a conflict or hostile state of mind. Thirdly the role of informal dialogue is acknowledged. To adapt the work to everyday settings where the meetings take place in different client focused activities enables to work on trust and relation by doing different activities or having conversations as they come up naturally.

4. Your country is recognised by many as a model for tolerance and policies of integration. Do you identify indexes of danger for radicalisation in Sweden today?

When looking at radicalisation and recruitment to violent extremist groups, there are different factors in play that needs to be recognized. For example a lot of the recurring themes that we can see from individuals engaging in White Power groups are the feeling of being outside of society and/or the feeling of being mistreated (bullying, victim of crime, troubles in school or at home, etc.). Even in tolerant societies you can find individuals who feel these experiences of being outside. So when coming to recruitment to radicalized groups there´s always a need of creating awareness and how to respond to these environments and their influence on young people.

5. You are also working in the context of RAN. How important is the networking and collaboration of deradicalization/prevention of radicalization organizations around Europe in a time of globalisation?

As I see it there´s a wide range of different approaches that could be useful and successful when working in areas of disengagement and de-radicalization. So first of all looking at the different experiences, contexts and lessons from that is important to see how to develop new ways of working in the field. But also since the extremist groups are indeed working cross borders the need for trans-national cooperation is needed, not the least in terms of knowledge sharing and developing cooperation between different partners. In terms of RAN I see the importance of actually gathering knowledge from first-line practitioners; both for developing and sharing experiences and creating networks but also in terms of helping the European Commission to formulate close to practice recommendations to the member states in how to deal with radicalization and violent extremism.

6. Which radicalization trend would you consider more alarming in today’s Europe?

As for the recent attack in Paris and Copenhagen the worrying trend of small cell formations committing atrocities via influence of the other similar groups and attacks. Also the polarization that these attacks lead to.

7. You personally embody a success story of deradicalization and experience with the exit program. Regarding your personal story, what made you want to affiliate with a radical group and what led you to disengage? Do you identity in either case any triggering event?

I was young when I first got in contact with the White Power environment. Looking back at that time there was a couple of different factors that lead me to engage with that environment. Most important I think were problems in school. I had quite a lot of problems in school. During the nine years of mandatory schooling I remember most of them as troublesome. The thing was I needed glasses and didn´t get them until ninth grade. The consequences for this lead to a broken self-esteem where I looked for alternative ways of creating a sense of self out of other ways of feeling competence and gaining self-esteem. I started developing interest in different subgroups and trying to get recognition in other ways. This lead to searching for subgroups of various sorts. When I got in contact with the White Power movement it gave a clear sense of direction, identity, belonging and purpose. It was very strong emotionally. When I had been active for a few years I started to critically evaluate the movement and our cause. In the end it didn´t make sense and the comrades I had around me didn´t live up to my idea of how White Power activists should behave and reason. This lead to a feeling of distance and one thing lead to another. One of the most important factors was actually enrolling the compulsory military service. I had a high level of motivation for getting the military training and competence since it would be crucial in our coming political struggle. But when I was there it instead became a way to get physical and mental distance to the movement and all its ideas. I felt quite soon that I didn´t want to continue my engagement and started a process that was the beginning of the end for my years in the White Power movement. The military service also got me to gain a feeling of competence and self-esteem. This I believe was triggering in starting the change. A real feeling of transformation into something else.

8. Were there any people outside the programme whose support you recognise as important during your disengagement period?

I didn´t speak much about it with others outside Exit about what I was going through in the beguiling. But when I started to revile my change I got good support from my family and also all the great new friends at the youth center Fryshuset that heads Exit.

9. You have managed to turn your experience in radical groups a motivational power to work against violence. Do you believe that this is possible also for those who have engaged in violent and harmful behaviour? How can an ex-radicalized and engaged in violence person deal with his victims?

I think everybody can make the change. Throughout the years I´ve worked with  a large number of people and some of them have been heavily involved in the White Power movement, committed a lot of crimes and engaged in sever violence. Seeing those individuals change I definitely see it is possible.
I think that formers can engage with victims both by showing it´s possible to change, by explaining how violent extremists resonate and relate to the outside world and perhaps also by making good of their previous experiences.

Dear Mr. Örell thank you for such an interesting interview!

[1]    For more information about  the work of Exit/Fryshuset project, see  webpage http://exit.fryshuset.se/english/#