Furthermore he describes sin as something which belongs to the original nature of man, wherefore it can just be explained by self-consciousness, but never throughout will or reason because just consciousness belong to the very nature of human being itself.[23] According to Schleiermacher sin could not reverse the integrity of man, but just acting in its borders, because it`s part of it.[24] In between that border, he describes sin as infrequent and fragment, which is disturbing the harmony of the whole. The nature of sin though is incoherence, which tries to disturb one`s connection to God. According to Schleiermacher, this contrast could just be solved by return to the consciousness of God.[25] By always belonging to the human nature, sin could be reversed only by one, who is free of it. This one could only be Jesus Christ, since he is God and human at the same time.[26] It`s obvious now, that there is a strong connection between the hamartiology and Christology according to Schleiermacher. 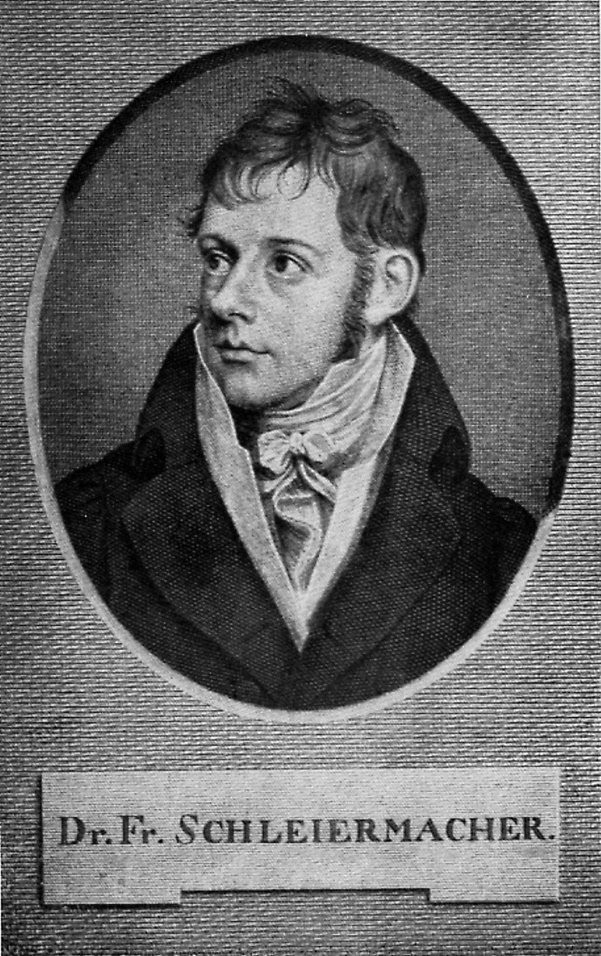 Although sin is part of every human nature, men is responsible for acting sinfully individually. By committing actual sins, one continues this original sin voluntarily.[27] Schleiermacher stresses the importance to distinguish between original sin, which is laying outside the individual person and actual sin, which is based on self-activity and which keeps alive the original sin.[28] Out of that reason, Schleiermacher divides the following remarks about sin into two chapters – one about the original sin and one about the actual or real sin.

First Schleiermacher deals with original sin. He writes, that this kind of sin can just be reversed by divine revelation, because it`s endless and true. Although this kind of sin is laying in the very nature of men and hence comes from the outside of one personal being, men is responsible for it, because only by acting sinfully it becomes real.[29] Nevertheless, Schleiermacher puts original sin into a common consciousness of human being, which is distinguished from a person’s self-consciousness. By transferring that common consciousness to the following generations, the original sin connects time and space.[30] Furthermore original sin indicates the universal need to be redeemed. This need would be independent from every actual sin and therefore points to the original sinfulness of men. More specifically, Schleiermacher describes sin as an abuse of the free will given by God, whereas it`s precondition is sensual desire.[31] Putting the original sin into the human nature indicates as well, that it existed even before Adam and Eve were committing the first sin, which have been done by human. Nevertheless one could distinguish between different kinds of sin by analysing the behaviour of Adam and Eve. Whereas Eve`s sin could be explained by a sensual desire and should be characterized as disturbance of her consciousness of God, Adams sin could be named as an imitating sin out of godforesakeness.[32]

Afterwards Schleiermacher is dealing with the actual sin, which he characterizes as the real sin. In his view real sin is always following the original sin. Hence one could never explain real sin by objective circumstances or influences, but just by the inner movement and the nature of men. This means, that sin doesn’t have to be visible, but can be committed already by thoughts and desires.[33] Also Schleiermacher argues not to distinguish sins into better or worse ones, but into different types such as disturbance of her consciousness of God, mortal sins or godforesakeness.[34]