Sin’s meaning according to S. Kierkegaard

The work of the Danish philosopher and theologian Sören Kierkegaard (1813-1855) could be best understood by his distinction towards the speculative philosophy and within that, best by his criticism against Hegel. Whereas Hegel and others tried to explain everything by reason and objective facts, Kierkegaard was concentrating on the individual existence of human beings. In his point of view, objective approach to human existing must ever fail, because it ignores the moving nature of men, which could not be described by general facts.[35] Both his philosophic and his theological works are highly influenced by his concentration on the individual. Keeping that general thoughts in mind, we can better understand Kierkegaard`s comprehension of what sin is in between his famous work “The sickness unto Death”, which was published in 1849. The work, for what Kierkegaard had chosen a Christian pseudonym called Anti-Climacus, analyses and defines the term desperation and sin in a very thick way. 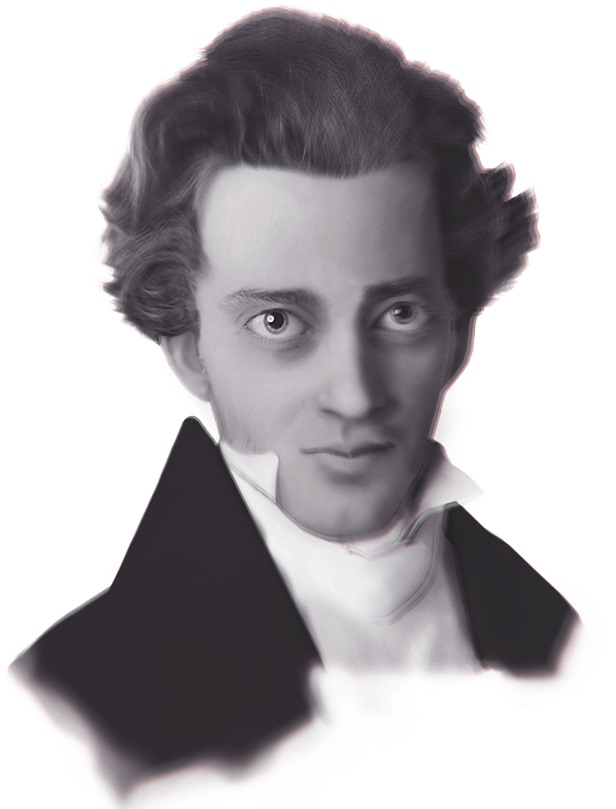 Kierkegaard describes the self as a self-relation towards the relation of the human nature, which consists according to him of eternity and finitude. In between this paradoxical relation of eternity and finitude – how can this contrasting qualities been connected? – do humans have to find themselves in order to integrate both the opposites. Negating one of them – either eternity or finitude ­ – means to negate the human self, according to Kierkegaard. Whereas this fundamental relation is created by God, the self-relation towards it is based on a free will. Following Kierkegaard there are three ways, in which men can fail itself and what is later described as desperation and sin. Either not to be conscious about having a self which is composed of eternity and finitude or desperately not to want to be itself and third desperately to want to be itself. A little later he shows all the different types of being desperate, which are always emerged from that three ways. But even though Kierkegaard distinguishes this types, being desperate or sinful always means to negate one quality of which human existence is composed.[36]

Not being desperate on the other hand means to accept the paradoxical existence of men, which is – in the opinion of Kierkegaard ­– possible just by voluntarily believing in God as the Creator of it. We should conclude now, that Kierkegaard creates a human self, which is free to relate to it by itself. By relating to a fundamental relation it can also fail its own existence, what Kierkegaard describes as desperation and sin. Considering God as the Creator of this relation, one always relates to God at the same time as he relates to his self. Just by relating to God as the Creator, one can truly exist according to Kierkegaard. Describing the human existence as a self-relation Kierkegaard creates a self, which is moving constantly. Hence human beings only exist in the very moment and though never can be judged by objective facts but just by subjective consideration.[37] It´s obvious here, that Kierkegaard describes desperation as something which lays inside a person, but is not determinable by objective facts, rules or conditions.

Putting that general thoughts at the beginning of his work, Kierkegaard continues with a proper description of what desperation is. Whereas the possibility of being desperate would be an advantage, because it guarantees the presence of reason – represented in the eternal quality of men´s nature ­– the reality of desperation means pain and sorrow.[38] Having part of the eternity – because of being created by God who is the eternity himself – this sorrowful desperation and sin is endless.[39] As every human being owns reason Kierkegaard indicates, that everyone is desperate and sinful.[40]