Second I examine Mantzarides` comprehension of sin throughout his work “Grundlinien christlicher Ethik”, which is also meant to be good for a non-Orthodox publicity. Within that work he deals with different ethical subjects. There are hidden remarks to his comprehension of sin everywhere, which I will try to bring out.

First he discusses the ethical terms autonomy and heteronomy, where one can find some links to his understanding of sin as well. Mantzarides calls Christian ethic heteronormative as well as autonomous. As heteronormative he describes the human acceptance of God as its Creator whereas men could act autonomous throughout his restoration with God given by Jesus Christ. Missing that second part by living heteronormative ­– which means sticking to the divine law out of fear – leads to a sinful life according to the Orthodox theologian. Following God`s law out of fear means to sin, because of not doing it out of love, how it should be.[51] 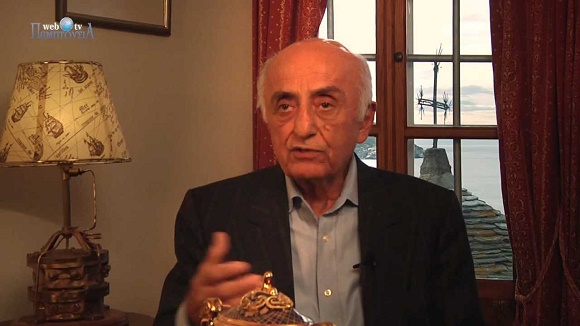 A little later Mantzarides discusses the divine law more detailed. Voluntarily obeying the law in love enables men to take part on God`s eternity and energy so that he doesn’t have to be afraid of death. The sinner in contrast doesn’t follow the divine law at all or does it just out of fear, so that he is separated from God as the origin of his life. Describing sin as something which is based on the refusal of God, makes it to something ontologically rather then something ethically.[52] In another chapter Mantzarides continues to talk about ontological aspects more detailed. He underlines that a new ontology and existence comes along with the birth of Jesus Christ. Responding to that new ontology means to live through God`s mercy, having part on Jesus body and the eternal life. One can reach that new existence by accepting his former state as being sinfully and by reversing to God by fulfilling his will and accepting not to able to it without God. One precondition to that is to overcome one`s own egocentrism and to live in charity.[53] The separation from God on the other hand is possible because of men`s free will. It is obvious here, that Mantzarides locates sin in the area of will rather than reason.

In between the chapter about imitate God and Jesus, Mantzarides concludes, that one can just imitate God by trusting him as a child. This means to love as God does and to act as Jesus does and to negate the world as well as to suffer for God. Sin therefore means to mistrust God, not to act in love, to reject how Jesus acts and to take attention to worldly things. Furthermore acting sinfully means to be egocentric and not to take the grace of God as well as not regretting ones sinful condition.[54]

Last I discuss Mantzarides` thoughts about freedom and authority. Not to be free means following worldly law, threat of death and fear. With that men is selfish and unable to have a relationship to God and his neighbours. Real freedom is possible only when given by God, because his freedom is unlimited and transcendent. This freedom is based on love, which should not be understood as an extern authority or dependence, but as freedom out of the Holy Ghost. This freedom becomes real for men throughout their faith in Jesus Christ and in consequence by fulfilling his will and by living throughout his love. This existence can`t be understood objective, but just by senses and feelings.[55]