Encountering the holiness and peace of the Ancient Church 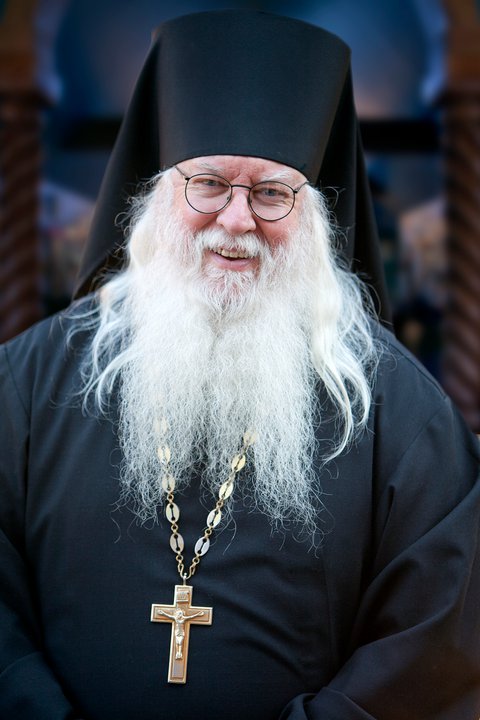 The very first time I entered an Orthodox church, I felt drawn to Her. There was a tangible, inner tug, and an overwhelming sense of peace, holiness, and awe, emanating from the very walls of the temple. The serving clergy were not the focus of the service, as I’d experienced in my protestant upbringing, but seemed to be moving within the walls of their temple, as if servants, or, given the beauty of their vestments, courtiers to an emperor. The focus was not on men, but on the holiness of God. I felt an overwhelming desire to be a part of this religion, but, at the time, allowed the ethnic, and language, differences to keep me from returning.

Eventually, as is evidenced by my present vocation, I did return, and can not even imagine how I could have stayed away, for some twenty years, after having tasted “the heavenly realm.” Orthodoxy is like that, for it seems almost familiar to many first timers, as though we’ve known this faith from our very conception.

I remember seeing my very first hand painted icon. It was an icon of Christ, and I felt drawn into it, wanting to embrace it (or, perhaps more correctly, being embraced by it.) This first encounter was in 1968, and in the small, private chapel of a friend. This encounter came about a month after I’d driven through Northern California’s Redwood National Forest, beholding the thousand year old, towering trees. Both the icon, and the Redwoods, had an enormous impact on my young soul. They both seemed to offer me sanctuary, and a sense of peace. Both made me feel I’d encountered something precious, ageless, and sacred. I still feel the same, as an aging monk.

We humans are material beings, having been given bodies by our Creator. This Creator God has placed us in a material world, surrounded by things we can touch, see, smell, taste, and hear. Orthodox temples, by their very nature, allow us to commune with this very God, Who has given each of us the ability to touch, see, smell, taste, and hear. It is through the material world that God has chosen to unite Himself to us, His creatures. The Logos (The Word), Christ Himself, by Whom everything that is, came into being, has come down from heaven, and embraced us, as His own. 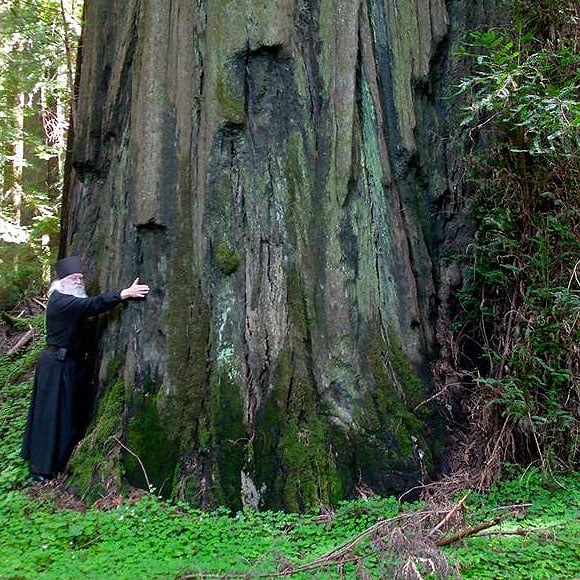 My last trip through the Redwoods, brought back memories of my first encounter with an icon of Christ. How could they not, for it is the very Christ, depicted in the icon, Who created the Redwoods, and all that is beautiful and sacred.

With love in Christ,
Abbot Tryphon