Relations between the Orthodox Church and other Christian churches, on the basis of pan-orthodox decisions – 1 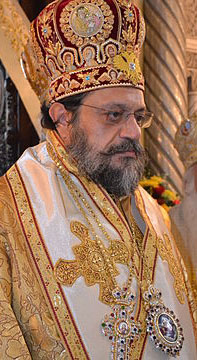 A. After the items in the agenda for the Holy and Great Synod had been given their final form, so that ‘it may meet as soon as possible’, and ‘be of short duration, dealing with a limited number of issues’ as the late Metropolitan of Chalcedon, Elder Meliton, declared, the Pre-Synod Meeting in Geneva, in 1976, organized the list of items from the 1st Pan-Orthodox Meeting in Rhodes (1961) into ten themes, two of which were:
a) ‘Relations between the Orthodox Church and the rest of the Christian world’, and
b) ‘Orthodoxy and the Ecumenical Movement’.

Although both these Texts had already been studied and referred unanimously (ad referendum) to the Holy and Great Synod of the Orthodox Catholic Church, as Texts approved by the 3rd Pre-Synod Pan-Orthodox Meeting of 1986, (28 Oct.-6 Nov.), the Patriarchate of Moscow, before the convocation of the Conference of Primates in March 2014) (Fanari, 6-9 March), quite rightly expressed the view in writing that these texts and the other ones need to be brought up to date and re-formulated. This view was accepted unanimously by the above Conference of the Primates of the Orthodox Churches, and so it was decided to establish a Special Inter-Orthodox Committee, which, in the first six months of 2015, was to review these two texts. A final, unified draft was signed and approved by the 5th Pro-Synod, Pan-Orthodox Meeting, which was held in Chambésy, Geneva, last October. So now the final, comprehensive text, entitled ‘Relations between the Orthodox Church and the Rest of the Christian World’ will be sent to the Holy and Great Synod for unanimous approval.

Within the context of the preparation for the Great and Holy Synod[1] this coordinated process as described, shows, on the one hand the proper and vigilant concern of the Ecumenical Patriarchate for the most complete demonstration of the uncompromising unity of the Orthodox Church, as regards the communion of the faith and respect for canonical tradition and order; and, on the other, the conscientious and responsible handling of these modern problems by the whole of the Orthodox Church through its exceptional and effective role. Because the study and framing of these two documents mentioned above have to do with important issues which concern the whole of the body of the Orthodox Church and as such claim not only the attention but also complete topicality during the course of the preparations for the Holy and Great Synod of the Orthodox Catholic Church.

B. Before discussing the process of reviewing and updating these texts, it is necessary to present and analyze their content, regarding the relations between the Orthodox Church and the other Christian Churches and Confessions.

In particular, the Text emphasizes that the Orthodox Church ‘is the bearer of and gives witness to the faith and tradition of the One, Holy, Catholic and Apostolic Church’ (§ 1), while the departures from the tradition of the Original Church which have sometimes occurred have been due to differing concepts concerning the unity and the essential understanding of the substance and nature of the Church (§2a). The present formulations represent a transcendence of the former concepts, both as regards confessional exclusivities as well as ideas which express principles of ecclesiological inclusivity. Unity is not achieved by a cumulative kind of amalgamation of similar or dissimilar concepts, but on the basis of faith and is expressed ‘in the mysteries’ and is set within the limits of the Apostolic Succession and Patristic tradition as this has been formulated by the Ecumenical Synods (cf. 2b, c).

The ecclesiological composure of the Orthodox Church as described above, has imposed upon it the need to participate in every effort ‘for the union of all’ and the restoration of the lost unity among Christians, through the achievement of unity in the faith (cf. §2c) as it has done and continues to do, from the time of the appearance of the first heresies in the Original Church until today when it opposes newly-coined, contemporary heretical aberrations and concepts.

The participation of the Orthodox Church in the Ecumenical Movement, as it is known, and especially in its various organs, is determined by the way in which its role and presence are understood in the highest organs, and from an understanding of the identity of this Ecumenical Movement itself. This is particularly the case as regards the prime organization of this Movement, as expressed by the World Council of Churches (WCC), and the Text graphically describes the manner of participation in this supreme Council.

Although the Orthodox Church is one of the founding members of the W.C.C. it has never accepted the notion of ‘equality of confessions’ and the unity of the Church as some sort of ‘inter-confessional adaptation’ (§6). The Orthodox Church does not consider that the W.C.C. is or can be the ‘Church’ or a ‘super-Church’ (§7). All it recognizes is the opportunity to bring the various Confessions and Traditions into communication with each other and to promote dialogue between them, with the aim of studying and discussing those issues which touch upon Christin unity (§7) and which it considers to be not only matters for theological agreements but also of the convergence of attitudes and views which concern the world and people in every period of history (cf. §6).

Moreover, certain difficulties are noted in the present Text, which arose during the 6th General Assembly in Vancouver, Canada (1983) and which were pointed out by certain Orthodox Churches/Members of the W.C.C., and at the same time it is emphasized that it is essential to have ‘a meaningful Orthodox witness, as well as its special theological contribution’ as ‘necessary… conditions, which will provide the Orthodox Churches with the opportunity to act as equals with the other members of the W.C.C., on the basis of their own ecclesiological identity, which is not always the case, because of the structure of the procedural principles governing the running of the W.C.C’. For this reason, it was decided that: ‘new, necessary modifications must be made so that the Orthodox Church will be able to give to the Council its witness and theological contribution, as the W.C.C expects of it, in accordance with what has already been agreed between the Orthodox/Members) (Sofia desiderata) (§11).