The close ties of early times between the Monastery of Vatopaidi and Moldavia are evidenced by the cross of Abbot Christophoros. 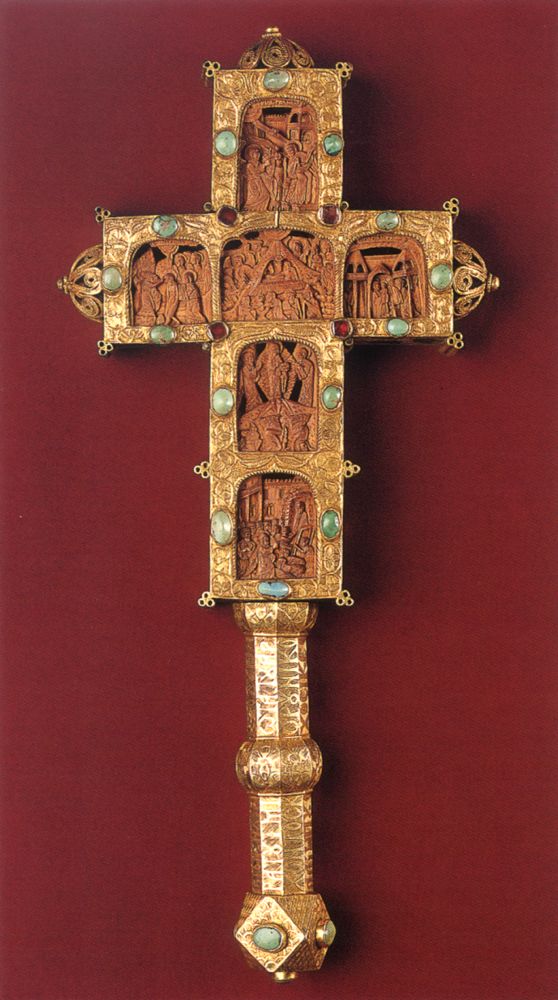 However, the picture is incomplete, because the sources speak of rich gifts of boyars and princes of the 16th century, and these have not survived. Thus, the preservation of the Gospel of the Voivode Basil Lupu (Figs. 466, 467) can be regarded as a fortunate chance, probably due to the fact that it was dedicated to the Golia Monastery by the Prince. 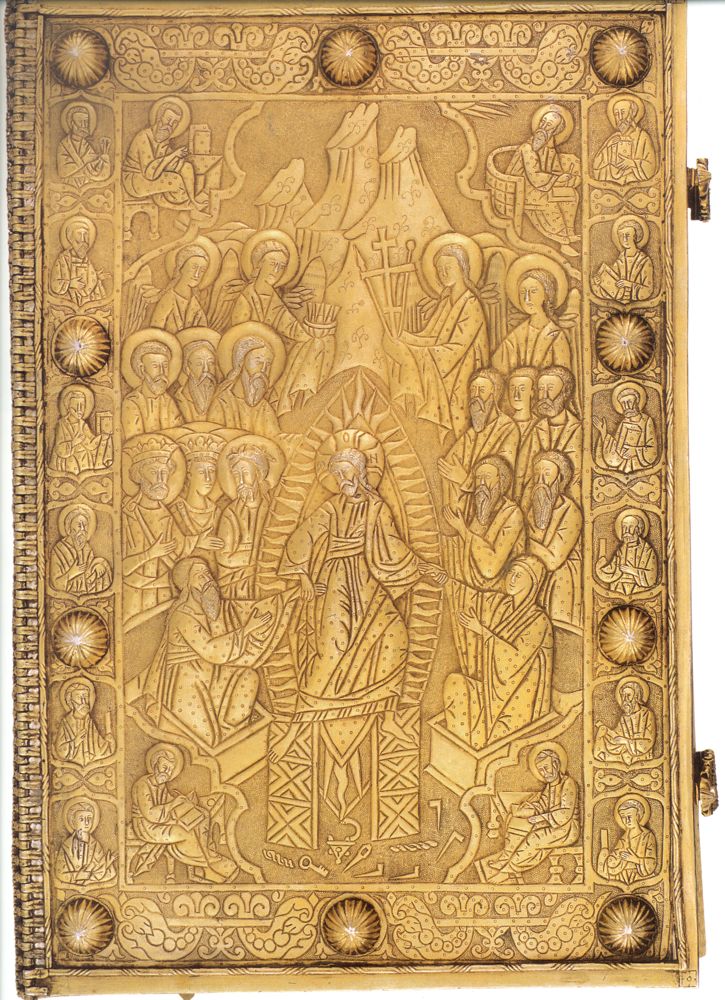 The fine inscription on the cover, dated 1684, is written in the first person. In it, the Voivode “OF ALL MOLDO-WALLACHIA” refers to “THE HOLY MONAS­TERY REVERED BY ME AND HONOURED IN THE NAME OF THE GLORIOUS ASCENSION AT JASSY”. It is a fact that Lupu restored the church of the Monastery and is shown in a wall-painting of Vatopaidi together with the first founder, the boyar Golia. There are two similar gospel covers from Moldavia, dated 1640/41 and 1646, the former given by Lupu to the Monastery of the Three Hierarchs at Jassy61. The Descent to Hell and the border with the busts of prophets and apostles are repeated on all three gospels, but in this case there is on the back a depiction of the Ascension appropriate to the Golia Monastery. Two innovative features have introduced themselves into the severe style of the covers, with the slender figures typical of the Moldavian workshops: the depiction of the Evangelists in an oblique framework at the corners and the foliate decoration of the short sides, which must be derived from printed models. 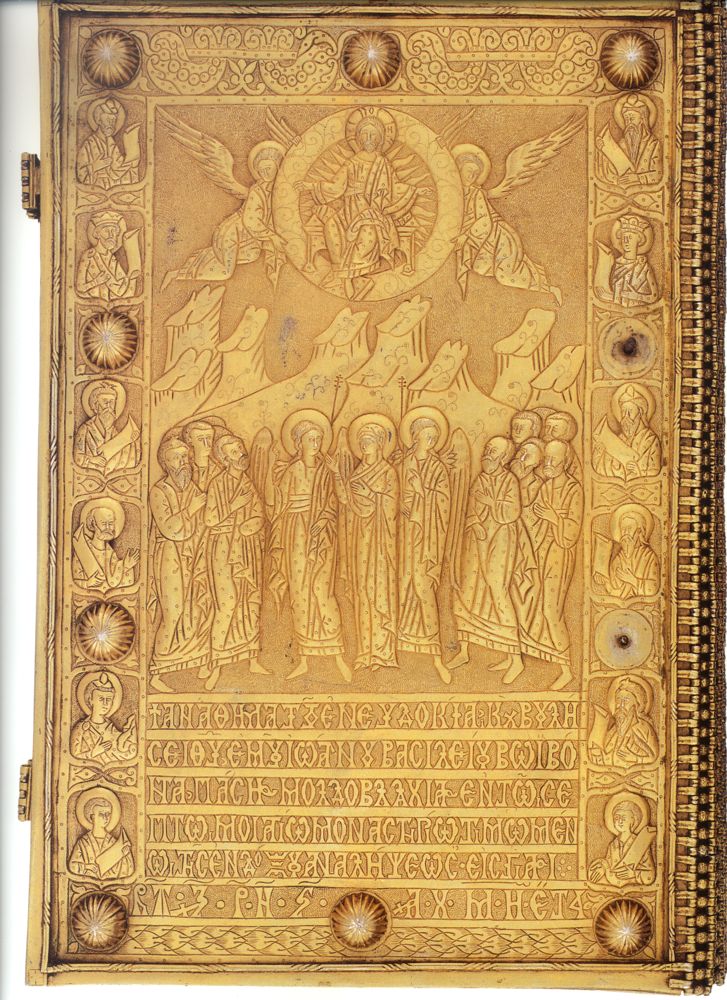 One of the highly-valued relics of the Vatopaidi Monastery, mentioned by pilgrims and travellers, is the skull of St Gregory (the Theologian) (Figs 465, 86), which was pronounced genuine by the Patriarch of Jerusalem Chrysanthos Notaras. 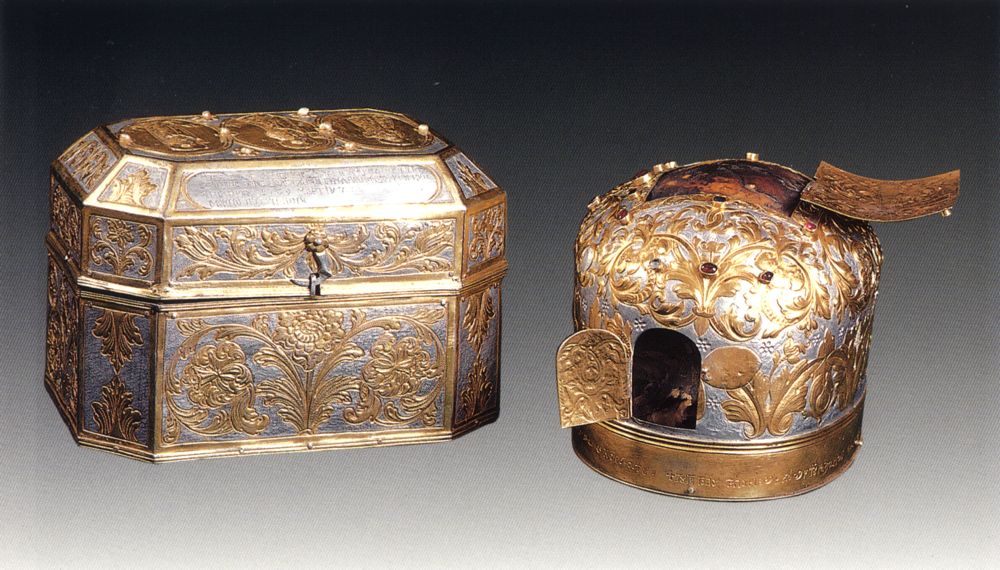 The object of devotion, veneration and supplications, this relic often accompanied the monks when they went on alms missions. It was on such a mission into Wallachia in 1709 that the rectangular casket which contains the repository of the skull was made, with the financial support of the ecclesiarch Neophytos. 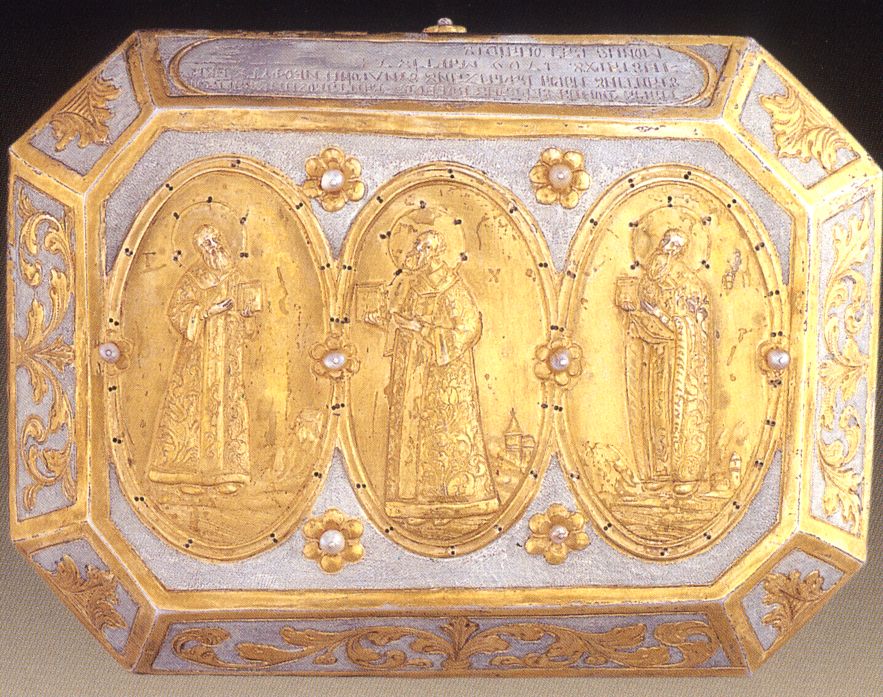 It is dedicated by the first wife of Prince Serban Kantokouzinos (1678-1688), Maria, and his daughter, Maria Bălăceanu. The gilt floral decoration with acanthus leaves on a ring-punched silver ground shows the influence of Western European baroque, which in Wallachia in particular points to the direct influence of Tran­sylvanian silver. On the lid, the tall hieratic figures of the Three Hierarchs*, dressed in heavy gold-embroiderd vestments, reflect the local tradition, but are combined with an attempt to render an architectural background in perspective. The casket is adorned with pearls and must have had precious stones, which have not survived, around the medallions of the hierarchs. The repository of the skull, contained in the casket, has an inscription running round its base which states that it was made “at the personal expense” of Aikaterini, wife of Constantinos Mavrocor­datos “lord of Hungro-Wallachia”. The marriage of Aikaterini, née Roseti, with Constantinos Mav­­ro­cordatos took place in 1732 – and thus the repository for the skull was made at least 23 years after the casket. The style of the floral decoration is similar, probably on the choice of the donor or the craftsman, even though the differences in execution are obvious in the higher relief and the ring-punched background, to which small rosettes have been added. 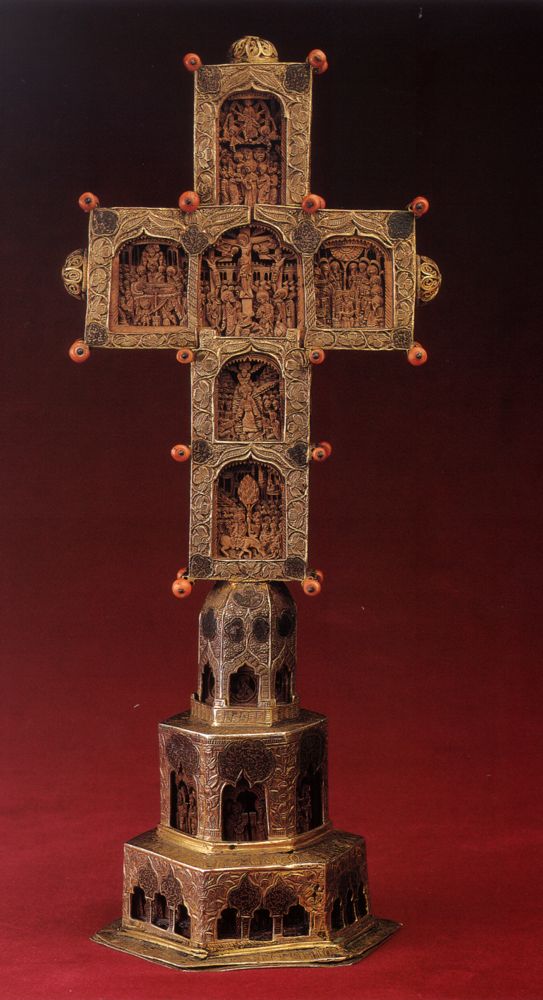