Although almost 45 years have passed since this first serious effort at defining the ecclesiological identity of the Orthodox Church with reference to the identity of the other Christian Churches, and although progress has been made in the ecclesiological dialogue, no real progress or clearer position has emerged with regard to this position. The result is that the Orthodox are speaking with two voices in these interminable discussions and with equivocal and inconsistent positions, which hinders their effective participation in the issue of the unity of the Churches. As Metropolitan Chrysostomos (Savvatos) of Messinia has noted: ‘Orthodoxy must first, on its own responsibility, clarify its positions and attitudes as regards the realm of its relations towards the outside, so that there may be no doubts, no ambiguities, no suspicions on the part of others as to its views. May the decisions taken be unquestionable and adopted by common consent and may they reflect a Pan-Orthodox agreement and acceptance. Only thus will our voice be heard and respected’. 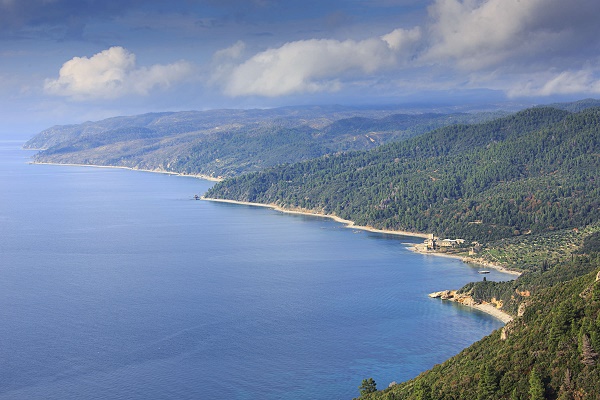 The text of the 5th Pre-Synod Meeting places this important position on the matter of the relations between the Orthodox and the other Christian Churches within the context of recent developments in the Ecumenical Movement and in particular the WCC, daring to proceed a little further and affording the opportunity of becoming more concrete.

The new positive point which can open up prospects and contribute to a more thorough investigation of Orthodox ecclesiology and to the implementation of the ecclesiological teaching of the Orthodox Church, not only in terms of confirming its self-awareness, but also as regards a responsible evaluation of the form of ecclesiasticity of the Christian world which exists outside it, is paragraph 20, in which it is emphasized that: ‘The prospects for theological discussions between the Orthodox Church and the other Christian Churches and Confessions are always determined on the basis of the canonical criteria of the ecclesiastical tradition, as this has already been formed (canons 7 of the 2nd and 95 of the Quinisext Ecumenical Synods)’.

This paragraph did not exist in the text of the 3rd Pre-Synod Meeting of 1986 and is essentially a response to the new conditions of ecumenical coexistence and peaceful dialogue between the Churches. The text states twice, at the beginning and towards the end (§§ 4 and 24), that the Orthodox Church is aware of the fact that the Ecumenical Movement has assumed ‘new forms’, within ‘new conditions’, in order to tackle ‘new challenges’. These ‘new forms’ and ‘new conditions’ allow the Orthodox today to deal seriously with the ecclesiological position of communities and churches which are not fighting against the Orthodox Church nor wanting to divide the body of the faithful, but are rather working for the restoration of communion. They are on their way to unity, displaying genuine and great interest in Orthodox spirituality, making gestures of solidarity and offering material and moral assistance.

Until recently, ecclesiology knew only two conditions of the Church of God: communion with organic unity; and division or schism. It did not take into consideration the state of Churches which live the experience of the common and fundamental calling and of their purpose ‘to be one’. Today, the Orthodox are bearing this in mind. It is understood that we have come a long way, within the context of the ‘Faith and Order’ Commission, and that notable convergence has been achieved from the Lima Text (or BEM=Baptism, Eucharist, Ministry) to the recent text: ‘Church: towards a common vision’. This is why the resolution of the 5th Pre-Synod Meeting specifically mentions that the theological texts of the ‘Faith and Order’ Commission have been received positively and it is believed that they constitute an important step in the Ecumenical Movement towards a rapprochement between the Churches (§ 21).

In particular, however, paragraph 20 of the 5th Pre-Synod Meeeting responds to the discussions of the Special Commission on the participation of the Orthodox in the WCC and to the resolution of the Council after the 9th General Assembly in Porto Allegre (2006) to define stricter theological and ecclesiological criteria for the acceptance of new member churches into the Council, the sine qua non being the common confession of the Nicene-Constantinopolitan Creed, without the filioque.  The text of the 5th Pre-Synod Conference expresses the pleasure of the Orthodox at this development (§§ 17 and 19). Of particular importance was the decision of the WCC at the same Assembly to underscore baptism as the basic ecclesiological criterion for a consistent theological approach to the matter of Church unity and a responsible and acceptable convergence of ecclesiologies. This had been discussed within an Orthodox context at the Sofia Conference in 1981, which laid down the Orthodox desiderata in a codified manner for the first time.