The Fast in the Pre-Synodal Discussions – 2

Deeper study of the whole of the text of the above Commission reveals the reasons which contributed to the prominence given to these particular proposals. The accusation, for example that fasting was only for monastics needed to be addressed by the Church. The fact that many of the faithful do not observe the fasts and that what matters is ‘not what passes into the mouth, but what comes out of it’[3], that is from the heart, had the most profound effect on the thinking and decisions of the members of the Commission. The historical development also, the variety of form and the susceptibility to change of the institution of fasting, which according to Saint Irenaeus[4] does not affect the agreement on the faith, are also factors which, according to the Commission, justify a readjustment of fasting to meet modern conditions[5]. As regards the last point, we would refer to only one characteristic example from the extensive text of the Inter-Orthodox Preparatory Commission: ‘As regards the length of the Easter fast there was a difference of opinion among the Churches. Some observed a fast of six weeks, others of seven. From the 7th century onwards in the Eastern Church, or even earlier in certain times and places, we encounter Cheese Week’[6]. 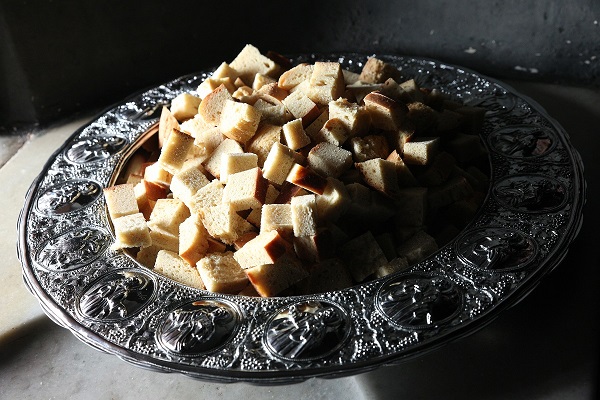 In each case and despite the fact that the text in question declares categorically that: ‘irrespective of this development, the institution of fasting remains an important one for the Church, a means of spiritual advancement, of the dominion of the spirit over the flesh, strengthening people’s will and character’[7], objections could not be avoided.

These reactions came from both representatives of the local autocephalous Churches and also from the ordinary faithful. The form of words, for example ‘in accordance with the demands of the modern age’ gave rise to misunderstandings such as the charge that the Synod was acting in the spirit ‘of the modern age’[8]. Similarly, the term ‘readjustment’ gave some people the impression that the institution of the fast, as transmitted, was being altered[9].

From the history of the preparation of the Holy and Great Synod, we know that the Pan-Orthodox Conferences developed into Pre-Synod Pan-Orthodox Conferences. The first of these was convened in the year 1976, in Geneva, and was followed by another four. The second was convened in 1982. At both of these, the issue of fasting was included, under the same title as was formulated in the Catalogue of Rhodes, and the items for the first Inter-Orthodox Preparatory Commission. The instructions given by the individual Churches, in particular to the 2nd Pre-Synod Pan-Orthodox Conference, were that the fast was to be retained in accordance with the tradition of the Orthodox Churches and of the Fathers[10]. A new concept, which tended towards a more traditional notion of fasting, had begun, but objections, even from the Holy Mountain, contributed to a different approach to the matter.