The Fast in the Pre-Synodal Discussions – 3

So the issue of the Readjustment of the Church Ordinances on Fasting was referred by the 2nd Pre-Synod Pan-Orthodox Conference (1982), to the Inter-Orthodox Preparatory Commission in 1986, for supplementary study and processing, on the basis of Orthodox Tradition. This Commission formulated and ratified a text on the subject, entitled Readjustment of the Church Ordinances on Fasting and, below this, as an alternative, the new title ‘The Importance of the Institution of Fasting and its Observance in the Modern Era’. The latter was adopted as being less likely to create misunderstanding among the faithful. This text was introduced for discussion in the same year, 1986, at the 3rd Pre-Synod Pan-Orthodox Conference. 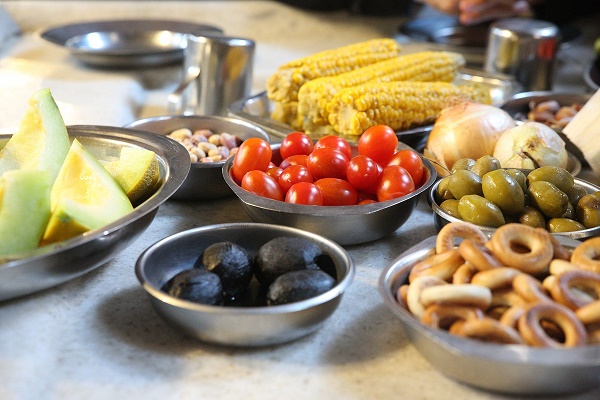 In nine paragraphs, the theological, ascetic, spiritual and soteriological nature of fasting is highlighted, though no suggestions are made as to how it might be adapted.

The first paragraph stresses that fasting is a divine command and institution which is immutable, a word which gave rise to wide discussions, given that only the dogmatic terms of the Ecumenical Synods are immutable. The issue was resolved through the clarification that fasting is immutable as an institution, as a divine command, being, as Basil the Great puts it ‘as old as humanity itself’. This paragraph also proclaims the importance of fasting for the spiritual life and for our salvation. The whole of the Patristic tradition and teaching on our continuous and unfailing vigilance is promoted in the liturgical riches of the services in the year of the Lord.

The second paragraph presents fasting as an ancient institution and emphasizes its Biblical provenance. The third paragraph makes mention of the fact that fasting is a spiritual struggle which is linked to repentance and charity and is to be understood not only as abstinence from food but also as ‘estrangement from evil’. This paragraph concludes: ‘Thus, true fasting has to do with the whole life of the faithful in Christ and culminates in their participation in divine worship and especially in the sacrament of the Divine Eucharist’. The fourth paragraph highlights the Christocentric nature of fasting.

Paragraphs five and six emphasize the fact that ‘the Orthodox spiritual life cannot be achieved without the spiritual struggle of fasting’. The designated fasts of the year are numbered and it is stated that observing them ‘in ascesis’ is the best ‘way of spiritual perfection and salvation of the faithful’.

The following paragraphs note the ‘boundaries of human concession with regard to the status of fasting… according to the responsible judgement and pastoral care of the body of the bishops of the local Churches’. The point is also made that many of the faithful do not, today, observe the fasts, for various reasons. All these cases (illness, military service, working conditions, life in the Diaspora, unavailability of Lenten fare, climatic conditions, social structures and so on) deserve ‘attentive maternal care’ on the part of the Church. It lies with the ‘spiritual discernment of the local Orthodox Churches to decide the extent of charitable dispensation and leniency’. The final paragraph defines when the body of the Church, clergy and laity, should fast, for example, ‘as a demonstration of repentance, the fulfilment of a spiritual promise, for the achievement of a particular spiritual goal, in times of temptation, in conjunction with requests to God, in acts of God, before Baptism (for those coming to Baptism as adults), in cases of penance, before ordination, before taking Holy Communion and in similar circumstances’[11].