The Fast in the Pre-Synodal Discussions – 4

In a text related to our subject, the now emeritus Professor of the Theological School, Antonios Papadopoulos, notes that the official text of the 3rd Pre-Synod Pan-Orthodox Conference on fasting ‘authentically reflects the strict commitment of Orthodoxy to harmonizing contemporary pastoral responsibility with the unshifting foundation of Patristic tradition’[12]. 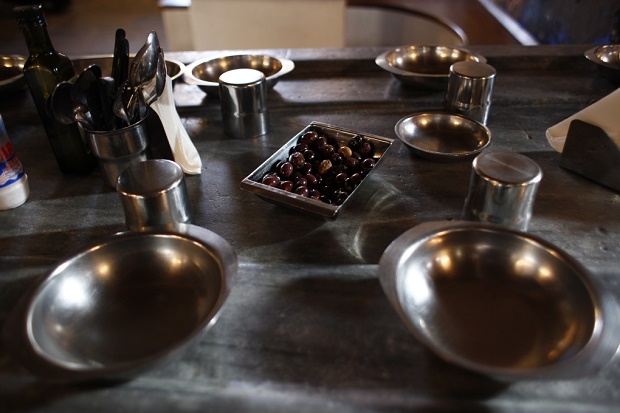 This certainly became apparent in the discussion between the representatives of the autocephalous Churches, their critiques, their interventions, and their proposals. Both the principle of strictness and that of charitable dispensation dominated the discussion in question and it was concluded that ‘this text has succeeded in treading the fine line between the Patristic tradition of strictness and asceticism and the demands of the times, which demand that the issue of fasting be tackled’[13]. Special weight was given to the change in the title and naming of the fasting theme. The reference to modern reality, the possibility of a differentiation in fasting between monastics and the rest of the body of the Church, and the fact that fasting influences a person’s whole life are some other aspects which were underlined, both in the text itself and in the discussions within the context of the 3rd Pan-Orthodox Conference.

In March 2014, the Synaxis of Primates in Constantinople and the Special Inter-Orthodox Commission dealt with updating the texts of the Pre-Synod Conferences, especially those of the 2nd and 3rd. As regards fasting, the text which was proposed for the 5th Pre-Synod Pan-Orthodox Conference which was convened in Chambésy, Geneva, in October is the same as that of the 3rd Pre-Synod Pan-Orthodox Conference, which we have already presented. The Commission’s amendments are minimal, mostly to do with particular words or of an explanatory nature, where this is called for.

One of the most fundamental differences is in the last paragraph, where the issue of the Eucharistic fast is addressed. It is defined most clearly: ‘Therefore it behoves the full complement of the faithful of the Church to observe the holy fasts and to refrain from food and drink from midnight in order to approach Holy Communion regularly, which is the preeminent expression of our ecclesiastical being’[14].

It has been written that: ‘Fasting is to hunger and thirst. Hunger and thirst are always signs that a living being has begun to decline and will not live unless it receives strength from the outside in the form of nourishment. From a Christian point of view, however, hunger and thirst are transformed into a quest for something essential to us humans, that is the nourishment which, according to Saint John the Evangelist endures’[15].

It is within this spirit of a quest for real nourishment, which slakes and fills us spiritually, that the texts and of the Pre-Synod Conferences were framed. These texts are dynamic and open to change within the historical framework, with theological depth, a spirit of dialogue and the ethos of the Filokalia, a charitable attitude towards people, an ascetic manner and a Eucharistic vision. The reference point is the human person in each era, who remains the same, however much the spiritual struggle changes our image of the world[16], with fasting as a struggle against the passions and slothfulness, as ‘the mother of the virtues’[17]and the sure path for our transformation in Christ.