Religion / Orthodoxy in the West
Sotirios, Metropolitan of Canada

Reverend Fathers, Honourable Presidents
and Esteemed Μembers of our Community Councils
Philoptochos Societies, Teachers, Students and Youth
of our Communities, and to all the Plenitude of our
Holy Greek Orthodox Metropolis of Toronto (Canada)

First of all, let us look back and see what happened in 2015 and what it brought us. It brought progress, but it also brought disasters. It brought wars. The jihadists wreaking terror. Their abominable massacres. Millions of refugees. 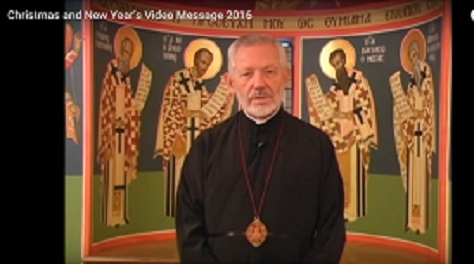 In Greece, 2015 brought much poverty. Misery. Terrible unemployment. The mass exodus of many educated people and professionals with great minds, who left Greece to find employment abroad. It brought a change in Government in Greece. It is a good sign that the democratic procedures enshrined in the Constitution there worked smoothly. Whether the new Government is good or not, is not ours to judge, and neither should we render such a judgement. The tree is always judged by its fruit. The new Government in Greece will be judged by its successes or its failures.

Now let us see what 2016 may bring. Everything is wide open and everything is possible. Let us clarify here that the year 2016 will bring about nothing on its own. Whatever will happen in 2016, is that which God will allow to happen as well as that which people will do. Time is uninvolved and does not influence progress or the lack thereof in any society. The protagonists are God and man. There are of course the works of nature, such as earthquakes, floods, tornadoes – all of which are uncontrollable. 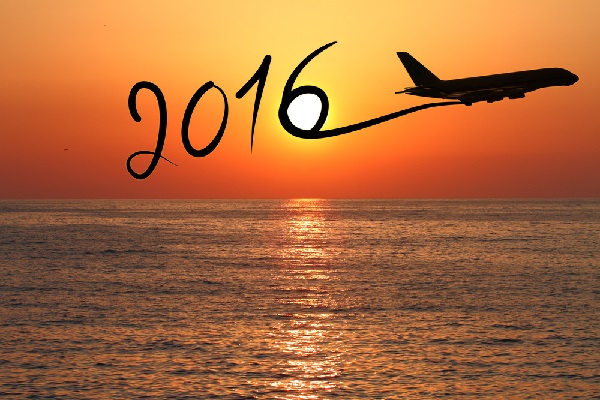 God is the Creator of every good but not of that which is bad or evil. He wants all people to be saved and to come to the knowledge of the truth. God can never intervene in the world in a bad or negative way. God respects the freedom which he has bestowed upon each of us, and He will never interfere with the right of anyone to make their free and independent choices, even when these are bad or evil.

According to the above facts, everything done in 2016 will be the work of, and the result of choices and decisions made by people. Will the civilized people and countries of the world sit back and allow the jihadists to violently terrorize and slaughter innocent victims in the name of their false god? Will democratic Governments abuse the trust of the people who elected them? Will the elected politicians work for the progress and the good of society, or will they work only for themselves and for their own advantage? Will the powerful and the great ones of the earth oppress the poor and the weak, or will they work to alleviate poverty and injustice in the world? Everything is possible and likely to happen.

Let each person in 2016 think about all the above that we have written in such a simple manner, and let each person decide for themselves. That which is most important and advantageous is for everyone to return to the loving embrace of God. May this be an authentic return back to God. In sincerity. All encompassing. Only this will bring the desired results which everyone yearns for: peace; harmonious collaboration; and progress. All these are necessary for everyone to find happiness and contentment.

It is my wish and my prayer in 2016 that everyone is able to come to terms with themselves. May every prodigal and every jihadist come to the realization that they will bring about catastrophe not only to others, but especially to themselves. May they come to their senses so that they can return back to God the Father in sincere repentance. Thus, on the one hand they will find their own peace and be saved; and on the other hand, society itself will be at peace and feel secure in the knowledge that these evil doers have been stopped and the evil they have done has now diminished.

I hope and I pray that everyone may return back to God in an authentic and truthful manner, so that we may live and thrive in 2016 with the blessings of God, in joy and happiness, enjoying both material and spiritual growth and progress.

With fatherly love and blessings in the Newborn Christ,