The renaming of Cavafy’s ‘Ithaca’ in Fr Moyses 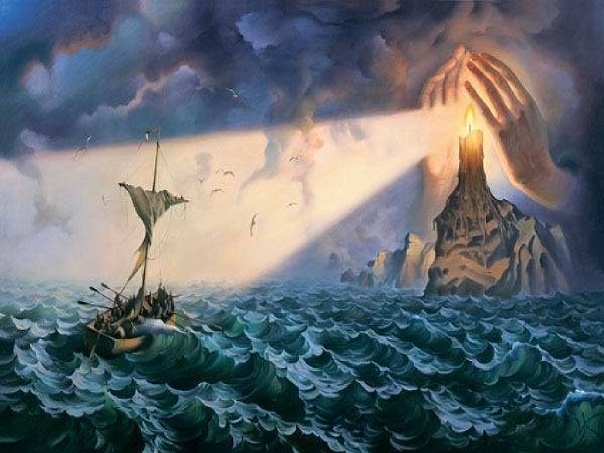 The renaming of Cavafy’s ‘Ithaca’ in Fr Moyses

‘Ἰθάκη’ (‘Ithaca’)[52] is possibly one of the most recognizable of Cavafy’s poems and, indeed, of Modern Greek poetry in general. ‘Ithaca’ alludes to the homeland of Odysseus in Homer’s The Odyssey.[53] According to Marguerite Yourcenar, Cavafy’s poetry is characterized by release from illusion and surrender to destiny. ‘Ithaca’ is seen by Yourcenar as a message of hope and a warning for disappointment which always lurks in life.[54] In Stefanos Poulis’ opinion, Cavafy speaks about consideration of life, man’s inner fight against sin, man’s destination in life and his final goal. ‘Ithaca’ exhorts man in spiritual battle in order to find his route.[55]

‘Ithaca’ opens by describing a journey:

When you set out on the journey to Ithaca,

pray that the road be long,

full of adventures, full of knowledge.[56]

Cavafy refers to his reader and evokes an atmosphere, where the poet counsels the reader. He advises him that he should pray to have a long journey, with a wide range of useful adventures and knowledge. As becomes apparent, the journey will be a spiritual one, which will help the reader to broaden his horizons.

The importance of this journey is to go ahead:[57]

The Laestrygonians and the Cyclopes,

the raging Poseidon do not fear:

you’ll never find the likes of these on your way,

if lofty be your thoughts, if rare emotion

touches your spirit and your body.

The Laestrygonians and the Cyclopes,

the fierce Poseidon you’ll not encounter,

unless you carry them along in your soul,

unless your soul raises them before you.[58]

By mentioning the Laestrygonians, Cyclopes and Poseidon, Cavafy, again, alludes to Homer’s The Odyssey. The Laestrygonians were giants who destroyed the ships and killed Odysseus’ men, while the Cyclopes were a savage race of one-eyed giants who lived in Sicily. Polyphemus was the most famous Cyclops and he was son of Poseidon, the god of the sea.[59] Odysseus blinded Polyphemus and outraged Poseidon, who obstructed Odysseus’ attempt to reach Ithaca.[60]

According to Odysseus’ description in The Odyssey, ‘Cyclopes were fierce lawless people who never lift a hand to plant or plough but just leave everything to the immortal gods’. ‘They had no assemblies of making the laws, nor any established legal codes, but live in hollow caverns in the mountain heights.’[61] Moreover, Polyphemus is presented by Odysseus to assert that ‘Cyclopes care nothing for Zeus with his aegis, nor for the rest of the blessed gods, since they are much stronger than they are.’[62]

Regarding Laestrygonians, Odysseus mentions that their chief was Antiphates. Odysseus declares that when he and his men encountered Antiphates, the latter ‘made his murderous intentions clear, pouncing on one of his men to eat him for supper.’ Antiphates’s wife is described as ‘a woman of mountainous proportions; the sight of her appalled them’. Yet, Odysseus says that they were ‘more like giants than men. Standing at the top of the cliffs, they began pelting his flotilla with lumps of rock such as an ordinary man could barely lift.’[63]

In Cavafy’s poem the Laestrygonians, Cyclopes and Poseidon constitute the difficulties that someone meets in life. Cavafy appears to be optimistic, as he asserts that he should remain focused on Ithaca, which represents the final target and destination in life.[64] This is what a person should attempt to reach, overcoming any obstacles he encounters on his route. Borrowing the idea from The Odyssey, Cavafy modifies this idea, by giving it a more general character. In that way, he addresses all people separately, advising them to find their orientation.[65]