The number of sovereign monasteries seems to have been finally fixed at twenty at the same time. Nineteen were already great monasteries in Byzantine times, while the twentieth was the sole post-Byzantine monastery of Stavronikita, founded in 1541 by the Patriarch Jeremiah I.

From the beginning of the 17th century Mount Athos was administered by a collective body, the Great Assembly. Although it consisted of representatives of all the monasteries, it was only natural that the larger monasteries (Lavra, Vatopaedi, Iviron), which shouldered the bulk of the common financial burden, should play the leading role. A Turkish governor had already been installed in Athos, officially to protect the area from brigandage and piracy, although in fact he took an active part in the Mountain’s internal affairs. In 1661 the Protaton’s ruinous debts forced the Great Assembly to sell to the monasteries all the cells that had remained in its jurisdiction. The only property left to the central authorities of Athos was the principle church in Karyes, the Protaton. 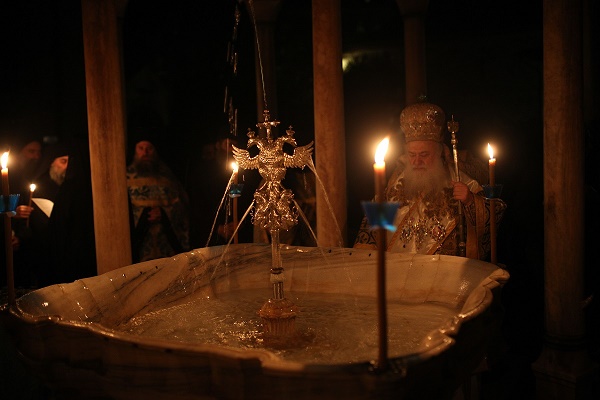 In 1744 the Patriarch Paisios, in collaboration with the Athonite monks, opened the way to a more representative form of administration, in which the smaller monasteries would take part. The Great Assembly was renamed the Holy Community. The representative system, however, was fixed by the Typikon of the Patriarch Gabriel IV in 1783. This charter laid down that the twenty monasteries were to be divided into four fixed groups of five monasteries each. The Mountain would be administered by four epistates, one chosen from each group. One of the epistates had to come from the five senior monasteries-Lavra, Vatopaedi, Iviron, Chelandariou and Dionysiou. The standing committee of twenty monastic representatives was established in 1810.

Changes were also made to the monasteries’ internal organisation. The cenobitic or communal system specified in the charters continued up to the end of the 14th century. Gradually, however, and especially after the Ottoman conquest, the idiorrhythmic system, which allowed the monks more private life and a more individual approach to their calling, gained ground. Although the office of abbot remained, it lacked real power, becoming an honorary position with ceremonial functions only. It was given to prominent persons who had rendered valuable service to the monastery, for example by successfully collecting large sums of money for the monastery or profitably running a dependency. The office was given for a short time and was often held several times by the same person. The idiorrhythmic monastery was administered by its officers, such as the sacristan, the verger and the steward.

The Patriarch of Constantinople Jeremiah II, assisted by the Patriarch of Alexandria Silvester, attempted to deal with the problems caused by the spread of the idiorrhythmic system not only among the Athonite monasteries but also to most of the monasteries in the Greek East. After Silvester’s visit to Athos in 1574, the senior houses of Lavra and Vatopaedi reverted to the cenobitic system, but this seems to have lasted for a very short time. The tide turned only at the end of the 18th century. From 1784 to 1839 eight monasteries reverted to the cenobitic way of life envisaged by the monastic Rule.

The centrifugal tendencies that marked the monastic life on Mount Athos throughout the Turkish period can be seen in the spread of other forms of monasticism, such as sketes, cells and hermitages. All these minor habitations were owned by the monasteries and granted for life to “elders” and their followers.